More than a million Syrians fled to neighboring Lebanon since war broke out at home in 2011, and U.N. agencies say most live of them live in poverty.

“There is almost half a meter of water on the ground and in the tents … the war in Syria forced us into this situation,” said Hussein Zeidan who came to Lebanon from Homs in Syria in 2011.

He lives in a makeshift camp near a river in north Lebanon’s Akkar region. He and some of its other residents said the storm had left them and their children with no clothes, furniture or food.

Families were moving around in search of dryness and warmth.

“Water flooded us in the camp: me and my children. Our situation is bad … God bless our neighbors, they welcomed us in yesterday night. Today, water flooded them so we came here, as you can see, to this half-built house with no windows or doors,” Ghazwan Zeidan, who has three children, said in Akkar.

The U.N. refugee agency said on Tuesday that the storm had completely flooded or collapsed 15 informal settlements out of at least 66 that were “heavily impacted”.

In the Bekaa valley in east Lebanon, the cold temperatures have also brought snow.

Abu Shahid, who fled Hasaka in Syria three years ago with his family, stood in flooded water in an informal camp in Bar Elias village. He described how his tent had completely submerged, damaging all his family’s belongings.

“The only solution is to leave our things and move, run away with our lives … Water is everywhere, where do we go?,” he said. The previous night, he and his wife and two children had slept in a neighbor’s tent that was less damaged by the floods. 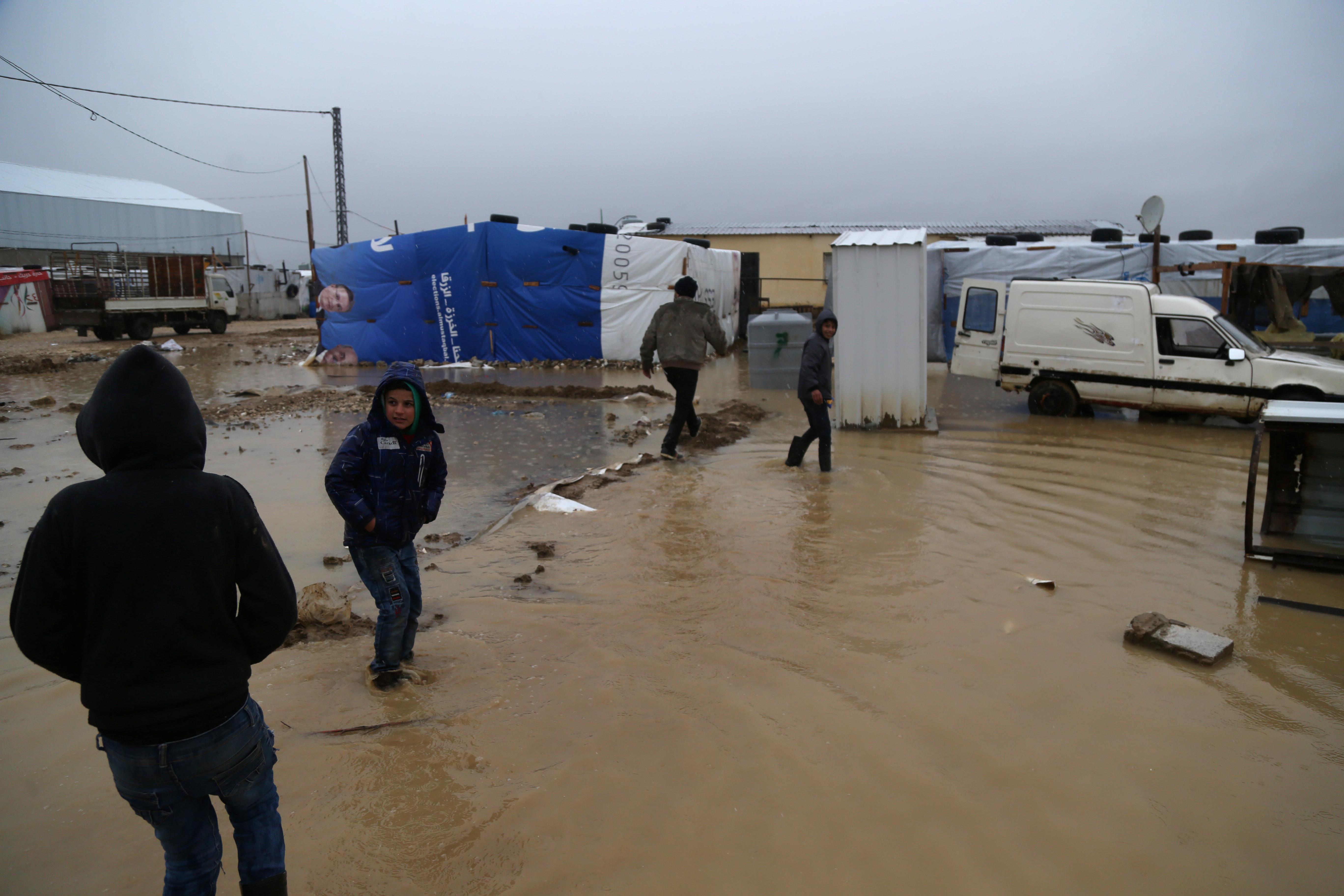 For 19-year-old Hamed Haj Abu and his relatives, the night was cold and wet.

“We did not sleep all night. Some were sleeping for an hour, others were waking up. Water was coming on us, in the tent, from everywhere,” he said in Bar Elias.

“My brother and his family first came to us, they are living nearby. We all did not sleep, we left the tent all together, we can’t sit, look, water is flooding, we can’t sleep on water.”