‘Finally we can say the words Party and Gate and it be a positive’: Lee Mack takes swipe at Boris Johnson in Partygate joke while hosting BBC’s Platinum Party at the Palace Jubilee celebrations

Comedian Lee Mack made a swipe at Prime Minister Boris Johnson while hosting the BBC’s Platinum Party at the Palace about Partygate in what became his second embarrassing moment of the Jubilee celebrations.

Comedian Lee Mack made light of the Partygate scandal in Downing Street during the concert in front of Buckingham Palace to mark the 70th anniversary of the Queen’s coronation.

Speaking with the Prime Minister in attendance, who was in the royal box, Mack welcomed everyone to Buckingham Palace and describing it as the ‘party of a lifetime’.

He explained how lucky everyone was to be able to perform on stage in front of Buckingham Palace’s gates. Mack then quipped: ‘Finally we can say the words “party” and “gate” and it’s a positive.’

The joke earned cheers and laughs from the crowd.

Last month, an investigation published by senior civil servant Sue Gray revealed the details of a host of Covid rule-breaching gatherings held in No 10 and Whitehall. 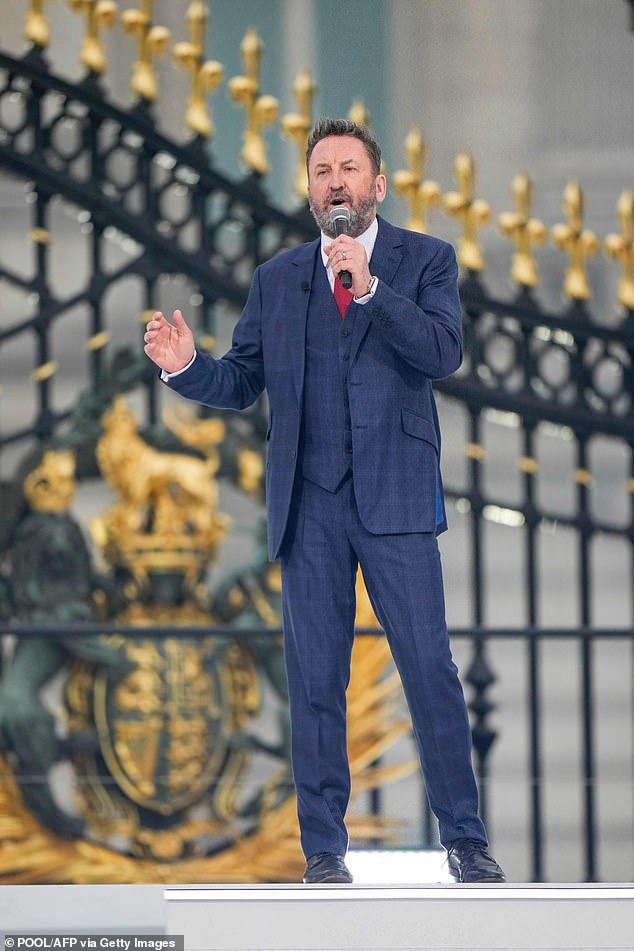 The inquiry found that excessive drinking had taken place on some occasions, with staff getting sick, altercations taking place and red wine being spilt up the walls.

The Prime Minister was found to have attended a number of leaving dos for aides, giving speeches and joining in the drinking of alcohol, despite him telling the public to avoid meeting loved ones in a bid to stop the spread of the virus.

Mr Johnson, along with his wife Carrie and Chancellor Rishi Sunak, were fined by the police for attending the Prime Minister’s surprise birthday bash in Downing Street in June 2020 when coronavirus laws prohibited different households from mixing indoors.

Mack’s partygate joke came only a day after Mr Johnson was booed by some sections of a crowd gathered outside St Paul’s Cathedral.

The Prime Minister, following his arrival alongside his wife at a National Service of Thanksgiving for the Queen on Friday, was jeered by some people gathered outside the church.

London Mayor Sadiq Khan, Culture Secretary Nadine Dorries – who defended Mr Johnson after the booing incident – and Labour leader Sir Keir Starmer were all in the Prime Minister’s vicinity when Mack’s partygate jibe was made.

There are also a number of people who have worked on the frontline during the Covid pandemic in the audience of tonight’s concert.

Hosting the event on The Mall for the BBC are Kirsty Young and Roman Kemp, where performances from Queen + Adam Lambert, Rod Stewart, Craig David, Alicia Keys, Andrew Lloyd Webber have already performed for the millions both watching live in London and at home on TV across the globe.

Yet to come is Motown legend Diana Ross, which will be her first live performance for 15 years.

And to kick off the massive party outside the Palace this evening, the Queen featured in a sketch alongside legendary British children’s character Paddington Bear. 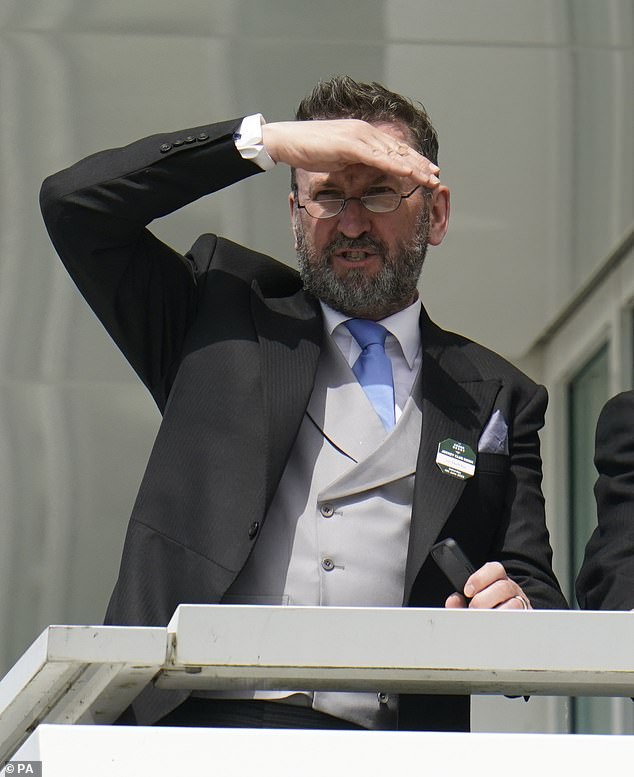 Earlier today, Lee Mack went to the Epsom Derby in Surrey for the Cazoo Derby Festival, where Princess Anne stood in for the Queen after reluctantly pulling out and deciding to watch the racing on TV at Windsor Castle

In the short video, the 96-year-old monarch revealed that she kept the Bear’s favourite – a marmalade sandwich – inside her ever-present handbag.

She then started tapping along to the tune of the Queen rock anthem ‘We Will Rock You’, which opened the show.

And social media has gone crazy for the short clip, which likened that of her skit with Daniel Craig as James Bond for the opening ceremony at the London 2012 Olympics, where she ‘jumped’ out of a helicopter to kick off the rest of the performance.

Earlier today, Lee Mack went to the Epsom Derby in Surrey for the Cazoo Derby Festival, where Princess Anne stood in for the Queen after reluctantly pulling out and deciding to watch the racing on TV at Windsor Castle.

He was one of a few celebrities spotted in attendance at the Racecourse, as well as Downton Abbey stars Jim Carter, Hugh Bonneville and Imelda Stenton, tennis coach Judy Murray and Mary Berry.

Princess Anne was there with husband Sir Timothy Laurence, daughter Zara Tindall alongside her husband Mike, as well as the Princess Royal’s son Peter Phillips, who attended with his girlfriend Lindsay Wallace.