These poignant images of children’s bedrooms in London lay bare the living conditions of the capital’s poorest kids.

They are part of a new photographic exhibition, Bedrooms of London, at the Foundling Museum in Brunswick Square which aims to shine a light on the shocking reality of home life for the 700,000 children currently living below the poverty line.

The photographs – captured by Katie Wilson and supported by The Childhood Trust – are accompanied by touching tales of how families cope with living in such conditions.

One picture shows a baby’s cot crammed into a tiny bedsit, next to a kitchenette and a cramped sofa bed.

Another shows bags of clothes and belongings piled up in a heap in the corner of the room with curtains hanging by a thread.

Others reveal how some children are having to share with three and four siblings in tiny rooms.

Other children, like baby Jane and her mother Amelie who live in a bedsit at a hostel struggle to sleep due to parties every night where drug abuse is rife.

The exhibition can be seen between February 8 and May 5 next year. 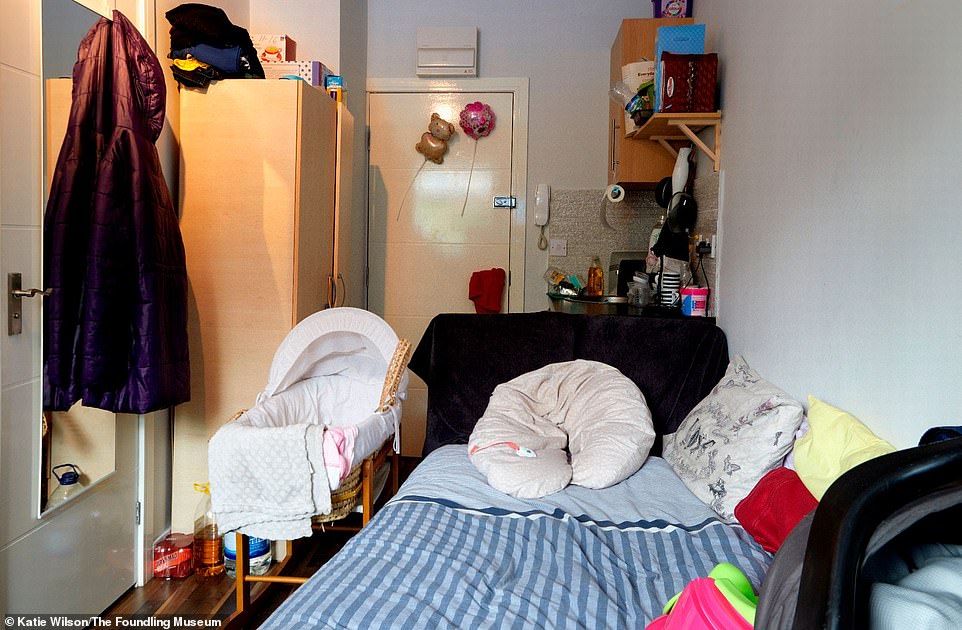 Newborn Jane lives in this tiny bedsit at a hostel with her mother, Amelie. There’s nowhere safe to cook and they struggle to sleep each night due to nightly parties, late-night rows and chronic substance abuse from their neighbours. Amelie sleeps on a small sofa bed while Jane rests in a cot that barely fits in the room 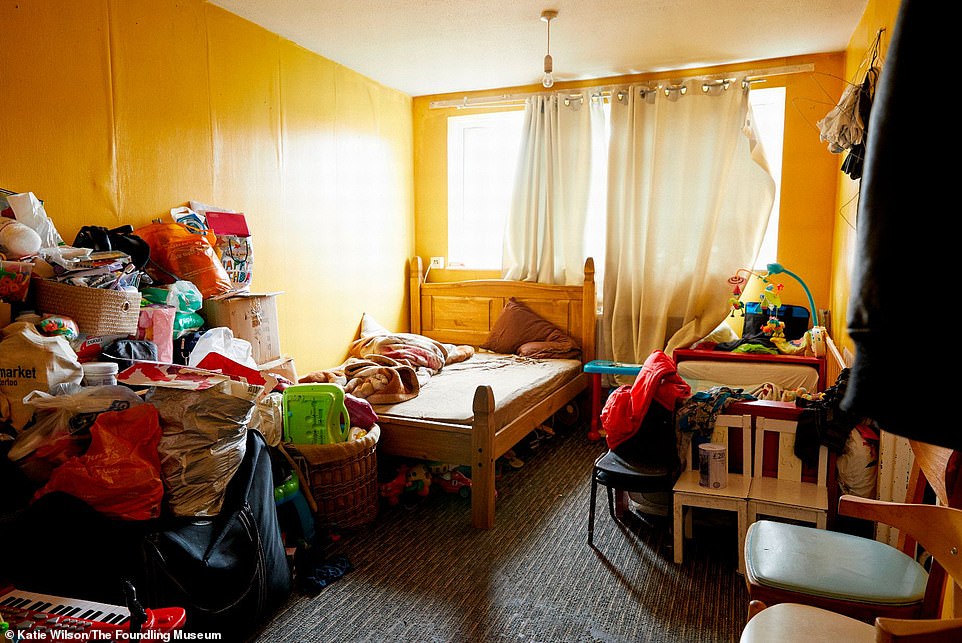 Antousha, five, Gabriela, four, and Moses, one, share this two-bedroom flat with their parents, Beatrice and George. The family receive benefits but neither George nor Beatrice, a trained nurse, can work. They are in debt from court fees and depend on charity support. With no wardrobes or cupboards, piles of clothes and belongings are piled in a heap in the middle of the room 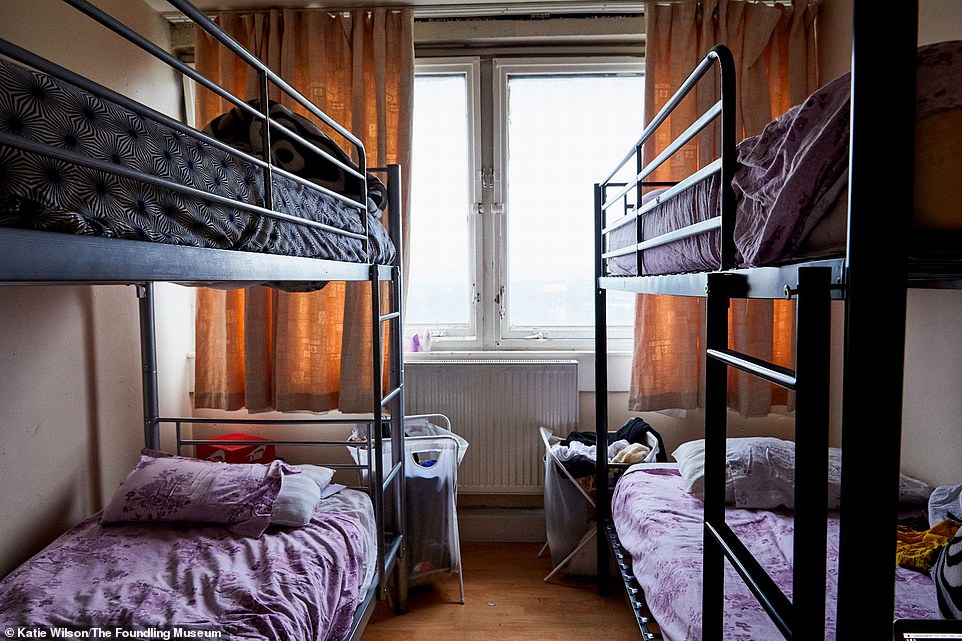 Nadine, 17, Crystal, 16, Peter, 15 and Simone, nine, live with their parents in a two-bedroom flat. The children have no privacy as they share two bunk-beds in one room. They spend their leisure time here, between studying and helping their mother to tidy the flat 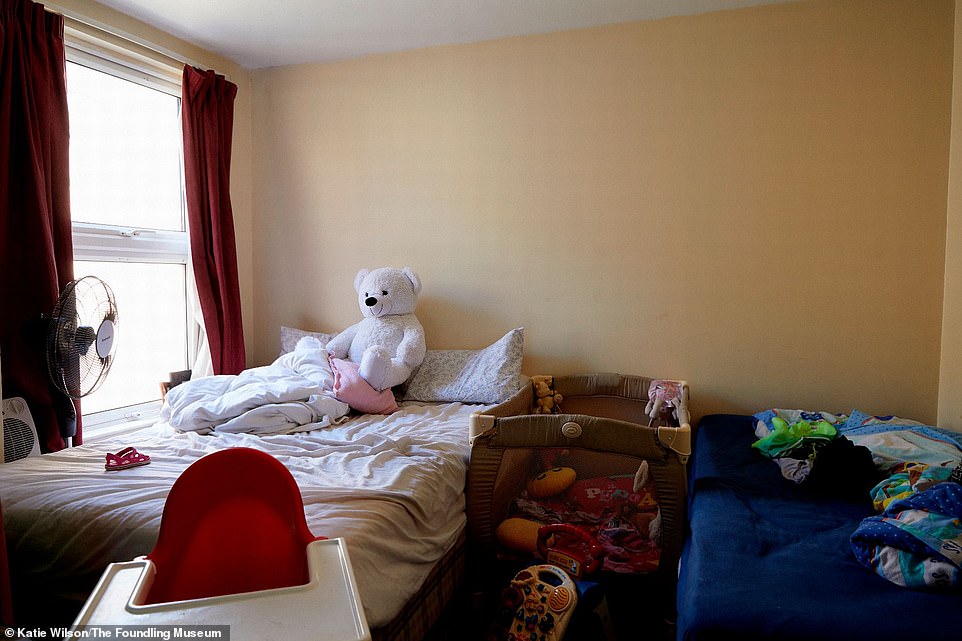 Rory, six, and his sister, Vanessa, two, live in temporary accommodation. Their mother, Zainab, washes their clothes in the shower and stores food on the bathroom shelves. They’re all crammed into this tiny room 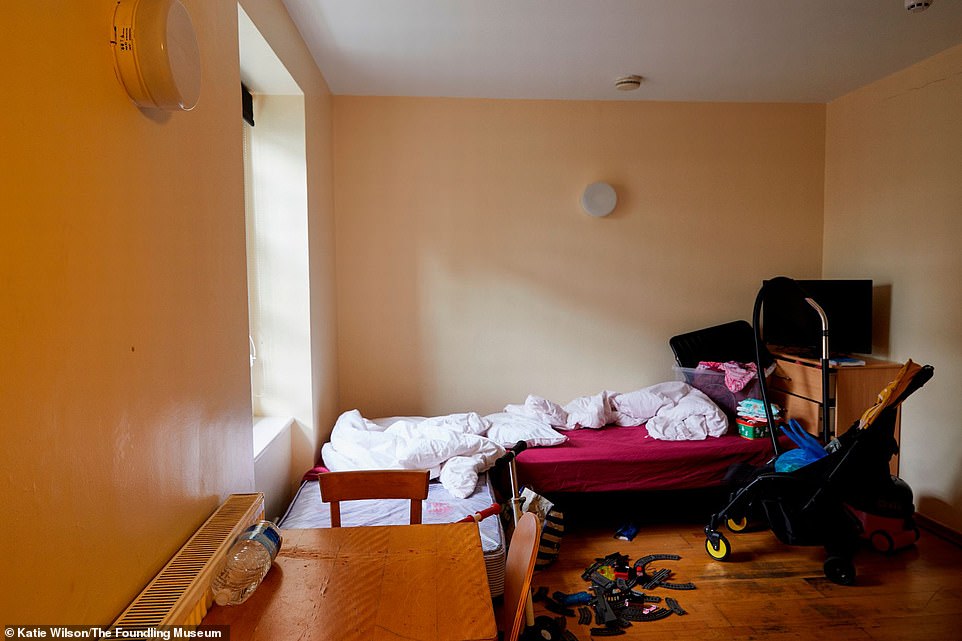 Edward, four, and mother Genevieve live in this strikingly bare one-room hostel, where they have been for nearly a year. They eat, sleep, play and watch TV in their tiny room 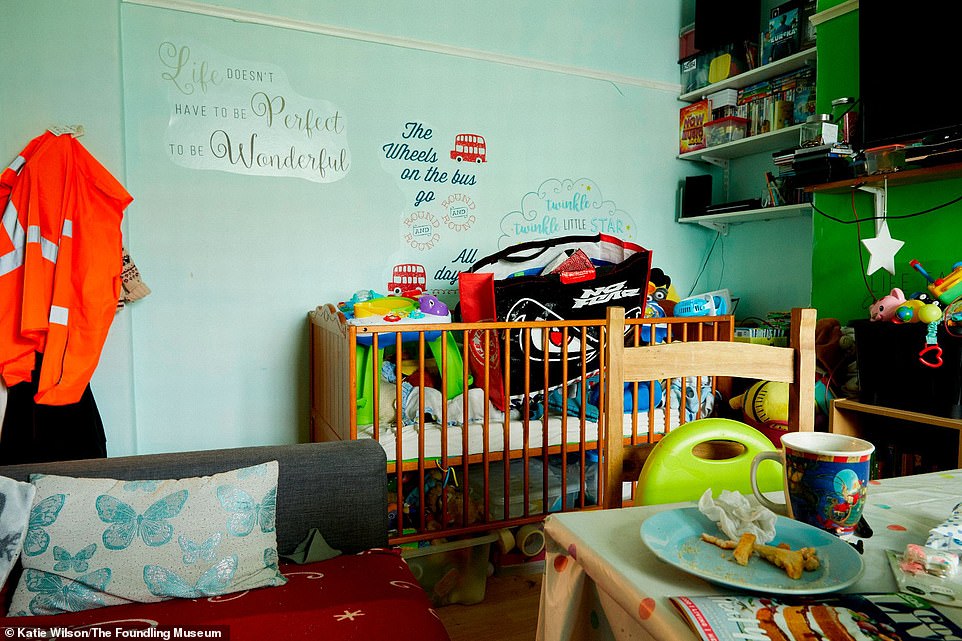 Nine-month-old Adam sleeps with mother, Emily, and father Martin in this tiny living room. With sister, Patricia, 10, brothers, Bradley, six, and Harry, three, the family of six also eat here as there is nowhere to sit 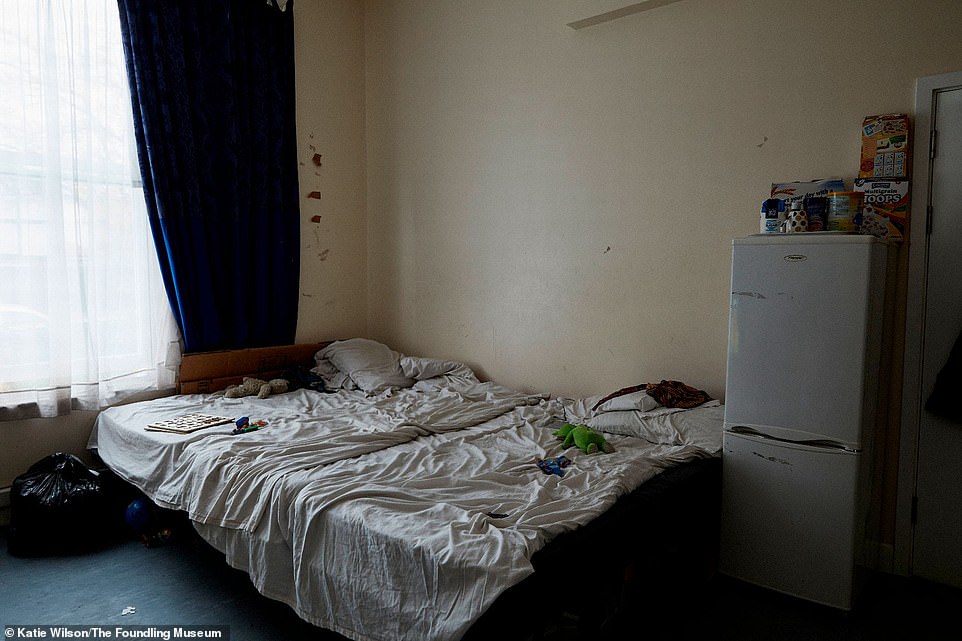 Christopher, four, and Simon, two, are always at home with mother, Sainey. The parent was trafficked to London as a domestic slave. Now free, she can’t afford clothes for her growing children