A man has been shot in the chest by police in Londonderry after an officer was stabbed.

Police responded to a concern for safety call at a property in Celandine Court, Gobnascale at around 10.45pm on Saturday evening.

A police officer was stabbed in the arm and head and taken to hospital for treatment. 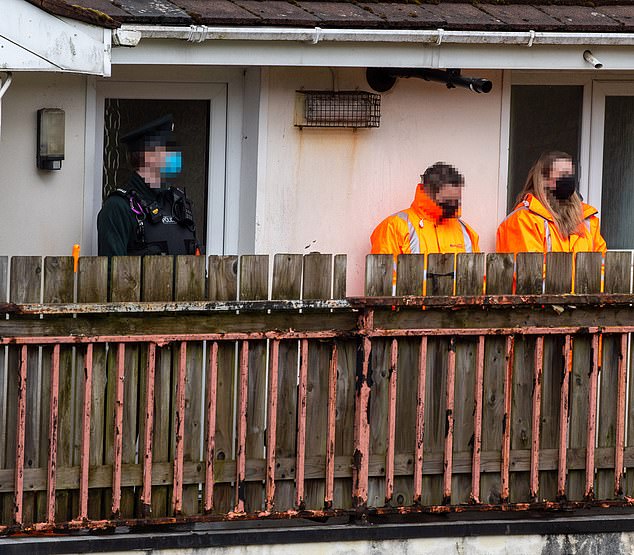 Police were called to a property in Celandine Court, Gobnascale at around 10.45pm on Saturday evening

A man at the property sustained a chest injury after a police firearm was discharged, and is being treated in hospital, police said.

He is understood to be in critical condition.

The Police Ombudsman is investigating the incident.

The PSNI said in a statement provided to Derry Now: ‘As officers were dealing with the incident, a police firearm was discharged and the male sustained a chest injury.

‘He remains in hospital at this time.

‘A police officer sustained a knife wound to his arm and head during the incident and he was taken to hospital for treatment.

‘The Police Ombudsman for Northern Ireland has been informed and is investigating.’

A spokesman told the BBC: ‘Our investigators are at the scene and are making enquiries to establish the circumstances of what happened.

‘At this stage, we know that police went to the flat after receiving a call for assistance.

‘There was then a confrontation, during which one police officer sustained stab wounds and police discharged CS spray and a single gunshot.’