A coastal Victorian council is offering free movie tickets, coffee, doughnuts and sausages to residents who get vaccinated.

The Bass Coast Shire in the state’s south-east is teaming up with local businesses to offer the inducements in the hope of becoming the first region to reach an 80 per cent vaccination rate.

With the nation’s vaccine rate sitting at 26.88 per cent, the federal opposition has been pushing for $300 incentive payments for Australians to get vaccinated while the Grattan Institute made news earlier this month by calling for a $10 million weekly lottery to get people jabbed. 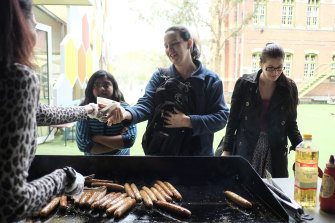 But the evidence for vaccine lotteries remains weak, and some experts hold concerns that cash payments could backfire – encouraging people to expect to be paid for a vaccine in the future.

“I don’t think either of those approaches was right,” said the University of Sydney’s Professor Julie Leask, one of Australia’s leading experts on vaccine hesitancy.

“Incentives can make a difference. But the type of incentive is important.”

The evidence for vaccine “nudges” remains inexact, and it’s not 100 per cent clear it applies to COVID-19 vaccines. But it suggests the most-effective vaccine incentives are those directly and meaningfully linked to the vaccine itself – and ones built for sharing. 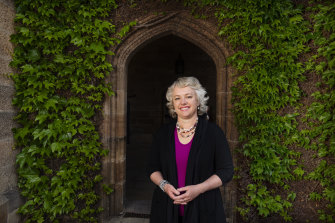 Professor Leask cited the colourful sticking plasters given out after the HPV vaccine. “That became coveted. What you want to do after a vaccine is share with the world on your social media ‘yes I am vaccinated, here’s my symbol’.”

Another option might be working with social media companies to allow people to broadcast their vaccine status, said Tom van Laer, associate professor of narratology (narrative structure) at the University of Sydney. Dating app Tinder recently introduced a similar system.

Free sausage sizzles for people who received a jab might also be worth trying – with the potential for them to go viral, much like the ‘democracy sausages’ given out on polling days, he said. “You could have a vaccine sausage. People will start taking selfies with the sausages – that’s a given.”

Bass Coast Shire chief executive Ali Wastie said the local campaign will be worthwhile even if just a few people who are hesitant agreed to be vaccinated.

“We will try whatever it takes to keep our communities healthy and put COVID lockdowns behind us,” she said. “And if offering a few fun incentives helps in even a small way then that’s a great result.”

Federal government sources not authorised to comment publicly told The Age that the behavioural economics team, known as BETA, has provided the Office of the Prime Minister with advice on ‘nudges’ to increase vaccine uptake.

Two large randomised controlled trials in America found something as simple as a text message encouraging people to book a vaccine appointment – along with a link to do so – significantly increased vaccination rates. 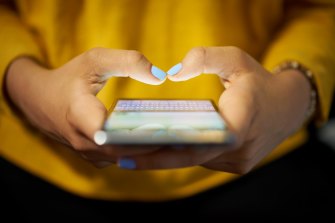 Might a text message be enough to nudge people toward vaccination?Credit:iStock

The text messages told people they already had a dose reserved for them – making getting vaccinated the default choice, and giving people a sense of ownership over the process. SMS reminders have also been shown to boost vaccine uptake in Australia; personalised letters may be even more effective.

“We know defaults are very powerful. They see them as what is recommended for them, and some people are too lazy to change it,” said Swee-Hoon Chuah, a professor of behavioural economics at the University of Tasmania.

One thing all experts agreed on: rather than spending millions on lotteries and cash payments, the government should be investing now in making it easier for people to access a vaccine. Evidence suggests convenience plays a big role in whether people get vaccinated or not.

“We know one of the things that really does work is reducing friction in the process,” said Professor Chuah.

The US state of Ohio has rolled out a $1 million vaccination lotto in May and saw vaccination rates jump. Other states soon followed suit.

However, it’s not clear if Ohio’s lottery actually worked. A letter published in JAMA, the Journal of the American  Medical Association, pointed out Ohio’s lottery coincided with the nationwide opening of eligibility of vaccines to people aged under 18.

Vaccine hesitancy experts remain sceptical that there is a serious problem with Australians not wanting the vaccine.

“Things aren’t as dire as people make them out to be,” said Professor van Laer. Independent polls by the Melbourne Institute the Australian Bureau of Statistics have found around 75 per cent of Australians are planning to get vaccinated.

However, only about 12 per cent of people are strongly opposed to vaccination – leaving a larger group who are unsure. It is to them we should be targeting behavioural interventions, Professor van Laer said.

Liam Mannix’s Examine newsletter explains and analyses science with a rigorous focus on the evidence. Sign up to get it each week.