Love rat, 30, jailed for wooing nine wealthy women to steal their cash is found guilty of attacking ex-girlfriend – as it emerges he now lives with a Kensington businesswoman who’s given him a job 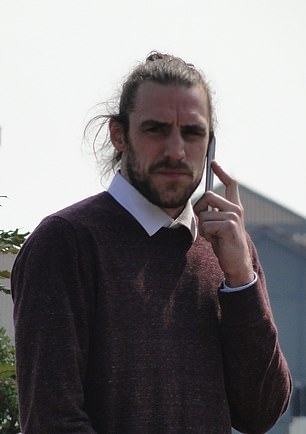 Christopher Holding, 30, pictured, has been handed a community order after assaulting his former partner Jamie Anne Moutarde at their south London flat

A love rat once jailed for stealing from nine ex-girlfriends has landed on his feet despite being found guilty of assaulting a former partner.

Christopher Holding, 30, attacked ex-lover Jamie Anne Moutarde at their flat in Sydenham, south London, last September and even threw a laptop at her.

Bexley Magistrates’ Court heard Holding had also assaulted her at a wedding in Chelmsford the week before the laptop incident.

But the court was told Holding, originally from Preston, has since moved in with a businesswoman in Kensington, who has given him an admin job at a design firm.

Holding, who has a ten-month-old daughter with Ms Moutarde, was jailed for 45 months in 2012 after wooing nine successful women and stealing a combined £8,000 from them by posing as a musician or journalist.

He was convicted in his absence at trial after failing to attend court but did appear for his sentencing yesterday.

Prosecutor Denise Clewes told Bexley Magistrates Court: ‘Ms Moutarde called the police to say she had been assaulted by Holding, who had climbed back in through a window and was leaving when police arrived.

‘She said they had an argument and he picked up her laptop and threw it at her. She moved so it wouldn’t hit her in the face and it struck her shoulder.

‘She wouldn’t let him back in so he climbed through the window and when police stopped him leaving they found a small bag of cannabis in his jeans pocket.

‘[A week before] Ms Moutarde told the police they were at a hotel in Essex and Holding pushed her onto the bed and put one hand on her throat and while holding her arms above her head with his other hand and gently head butted her several times.

‘She also pointed out his room in the flat and police found a wrap that contained cocaine.’

When questioned at Lewisham Police Station, Holding said things had been ‘very hard’ after the birth of their daughter and he had lost his job as a chef.

After returning home from the local Jobcentre the coupled rowed about money and Holding claimed he ‘pushed her laptop a little harder than he should have done’. 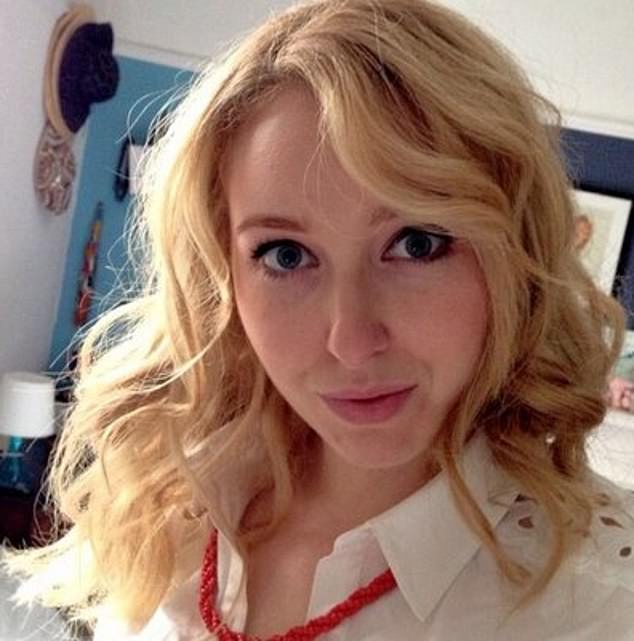 Ms Moutarde, pictured, has a young daughter with Holding but the court granted an indefinite restraining order against him

He admitted the device fell to the floor but claimed he didn’t know he hurt his girlfriend’s shoulder.

Holding said he returned via the window to collect cannabis and a grinder, but insisted the cocaine wasn’t his.

Ms Clewes added: ‘Holding said they were at a wedding the week before and both of them had taken drugs and been drinking when they began arguing about her feelings towards another man.

‘He said they were screaming in each other’s faces so it was possible his head touched hers, but he was not sure.’

Afterwards Ms Moutarde told police: ‘The incident made me incredibly stressed and frustrated. The relationship was deteriorating and wearing me down.

‘It is sad that it has come to this and that my child will not have her father in her life.

‘I am paranoid about what he might do and my family is under pressure from him contacting them and I am embarrassed to tell my family and friends what happened.’

Holding was also found guilty of causing £115 worth of criminal damage to her laptop, which he threw at her and possessing cocaine and cannabis on the same occasion.

But he told the court he had recently moved in with a female friend, who also gave him a £400 a week admin job at the Design Centre, Chelsea Harbour around the corner from his new home in West Brompton.

He said: ‘I have moved in with a friend who has her own business. A chef is what I’ve always been, my father was a chef, but I want to get out of that environment. It is negative to my life.’ 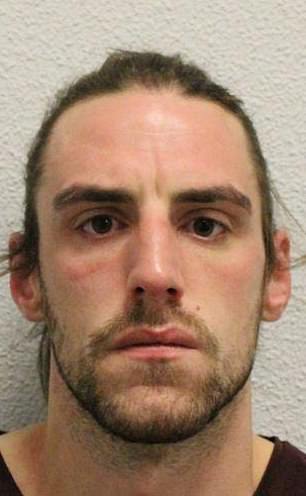 Holding, pictured, was previously jailed for 45 months in 2012 for wooing a string of women and stealing more than £8,000 from them

Holding received an eighteen-month community order, which includes up to 40 sessions of drug addiction treatment and was ordered to pay £200 compensation to his ex, plus £600 costs.

He was also made subject to an indefinite restraining order, prohibiting him using threatening, violent or intimidating behaviour towards Ms Moutarde.

In 2012 his trial for theft heard he posed as an American musician on the cusp of a deal or a high-flying New York Times journalist.

In reality he was a barely literate chef from Preston who used his takings to fuel a hedonistic lifestyle of drink and drugs.

His lies finally unravelled after four years when a detective investigating a theft in May spotted a similar case from a fortnight earlier.

DNA from a pair of socks he left behind after a one-night stand led to his identity and he was caught on a train at Waterloo Station.

The two crimes which led to his capture took place in May 2012 in Camden Lock, North London. The conman met Sara McCluskey, 27, outside a restaurant after they flirted by text message.

Watching her tap in her PIN as she bought drinks, he later took the card and withdrew £240.

Later that month, Holding seduced Ana Calvo. After she let him stay in her home when she went to work, he stole a laptop, camera, phone, and cash.

An earlier victim, Victoria Barrett, 34, was chatted up in a Soho bar in June 2009. Holding moved into her flat in West London, and when she went on holiday, he stole seven gold rings worth £1,500.

She refused to believe it was him until the following March when she returned home and found a £1,000 bracelet and Armani watch were missing.

Holding then vanished. In June 2010, Holding posed as a journalist from California about to relocate to London when he met Anoeshka Smit, 25, while waiting for a flight at Stansted Airport.

He moved in with her in Lewisham, South East London, but weeks later, she realised her grandmother’s wedding ring had gone.