COVID deaths today dropped to their lowest level since the current lockdown began with 258 fatalities – as Britain hit its target of 15million vaccines. 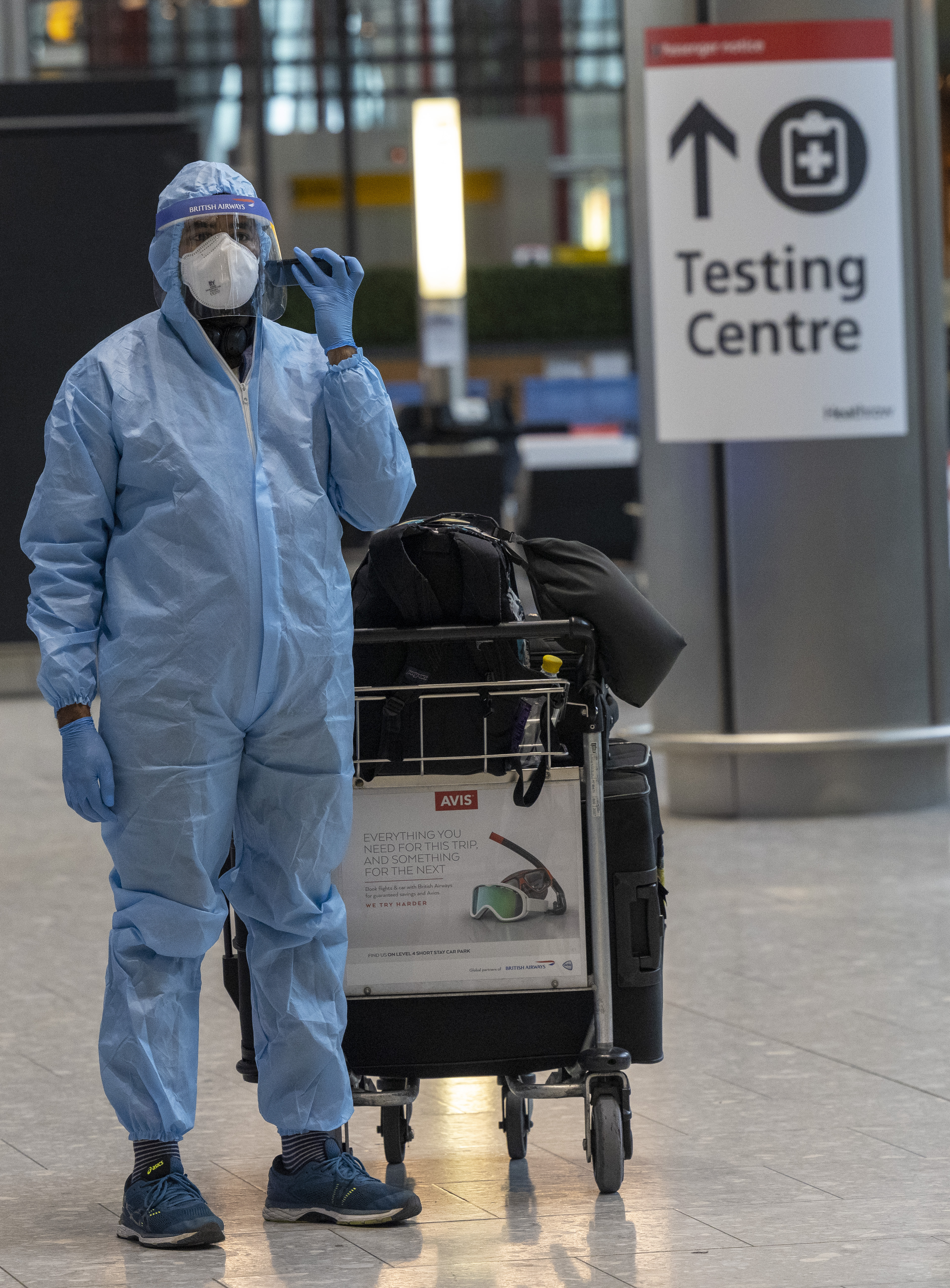 This is the lowest daily death toll since before lockdown began when 357 people were recorded to have died on December 28.

Deaths have continued to drop in a tentative sign Britain is getting over the darkest days of the pandemic.

There are also hopes lockdown could be eased soon after the UK today hit its target of 15million jabs a day earlier than expected.

The government set a target of 15million jabs to be administered to the top four priority groups by February 15.

But the programme is so advanced in some areas that over-50s are asked to come forward to get the jab. 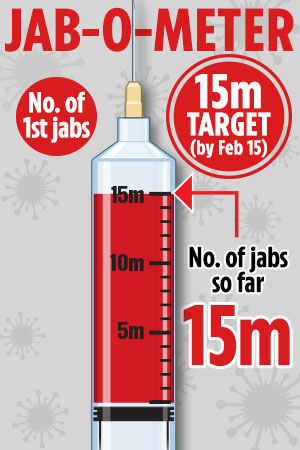 Boris today hailed the Herculean efforts of the army of volunteers and medics vaccinating the nation.

He said: "Today we have reached a significant milestone in the United Kingdom’s national vaccination programme.

"This country has achieved an extraordinary feat – administering a total of 15 million jabs into the arms of some of the most vulnerable people in the country."

The achievement is a huge boost in the fight against the bug as the biggest vaccine rollout ever continues.

The PM is due to address the nation tomorrow to mark the impressive landmark.

Boris is also set to reveal more details about when schools can fully reopen and how pupils will return to classrooms.

The milestone signals an end for some lockdown restrictions with the PM saying previously getting kids back to school hinges on vaccinating the most vulnerable by the deadline.

It is now hoped kids will be back in the classroom by March 8.

He is due to meet his Cabinet and scientific advisers to begin creating his roadmap out of lockdown before addressing the nation on February 22.

As well as schools reopening, Boris will also lift curbs on people meeting for a coffee in the park.

Current rules mean people may only meet outdoors for exercise – while standing up.

But the restrictions will be slightly relaxed with Brits allowed to sit down outdoors with one friend or family member or their own household or bubble.

The opening of non-essential shops is expected to follow in a major boost to the flailing High Street.

And in a huge relief for thirsty Brits and the blighted hospitality sector, pubs and restaurants are understood to be opening for al-fresco dining in April.

The hated 10pm curfew and substantial meal rule that left punters and landlords baffled is also reportedly going out the window.

The PM is also expected to scrap the confusing tier system as many experts believe it did little to prevent the spread of the virus.

It comes as an expert today said Covid cases could be as low as they were at the end of the first wave in just two weeks.

Professor Tim Spector, lead scientist on the Zoe Covid symptom app, told Sky's Sophy Ridge on Sunday the R rate has been "persistently below" one since January, with infections down 80 per cent.

Hospital admissions have slumped by 60 per cent with a 50 per cent drop in people in hospital with the virus.

Prof Spector said: "It currently means we are in a similar state to where we were in October.

"And if we look at the trajectories of where we are going, in a couple of weeks we are going to be where we were at the end of May, beginning of June."