Anatolian shepherd-mix Madison was discovered waiting when Andrea Gaylord was allowed back to check on her property in Paradise this week. 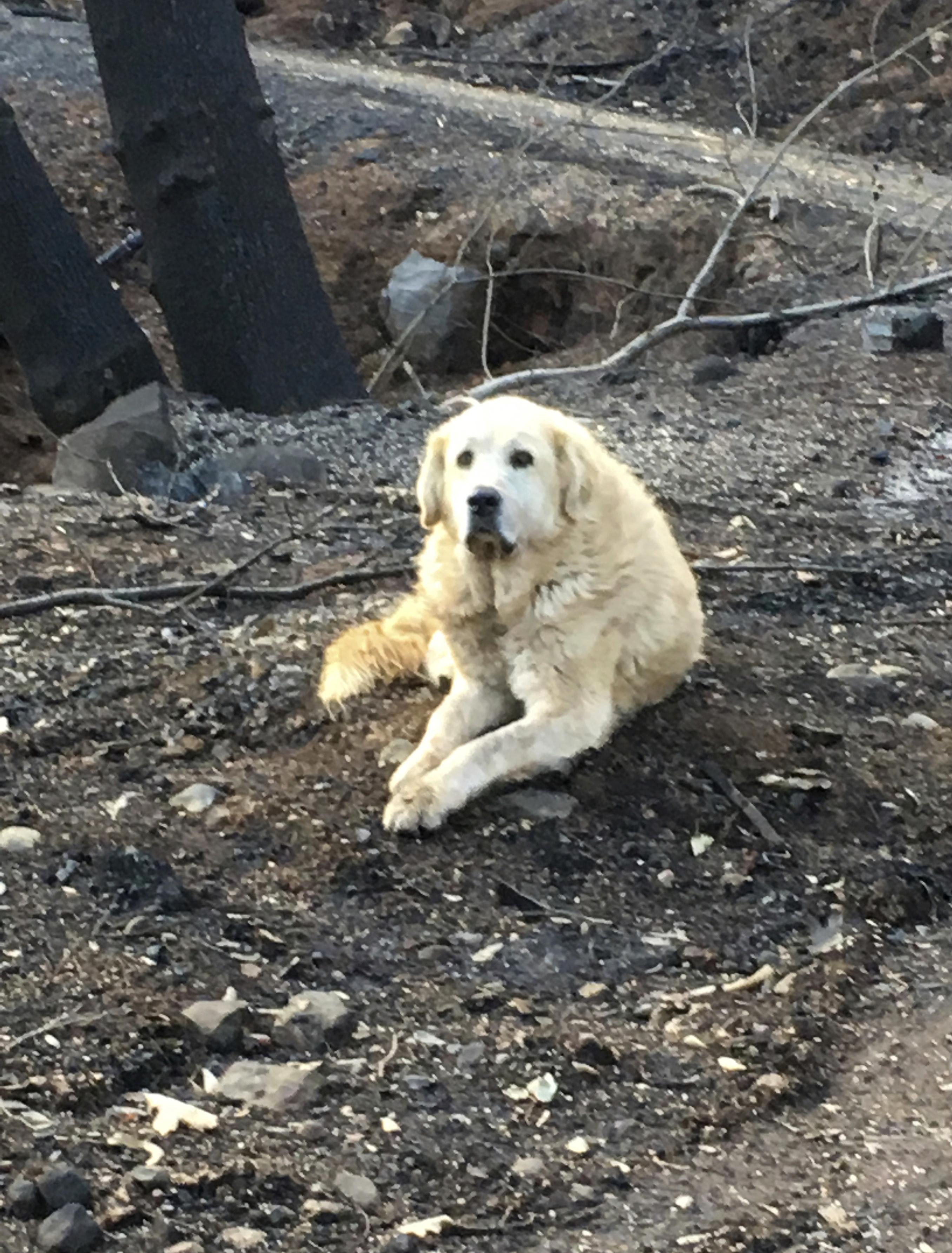 Gaylord was among those evacuated from the small mountain community when the November 8 fire broke out and decimated the former gold mining camp of 27,000.

An animal rescuer who responded to Gaylord's request to check on Madison first spotted the pet several days later.

Shayla Sullivan said the outdoor guard dog was apprehensive and kept his distance.

However, she left food and water for him regularly until Gaylord got back on Wednesday. 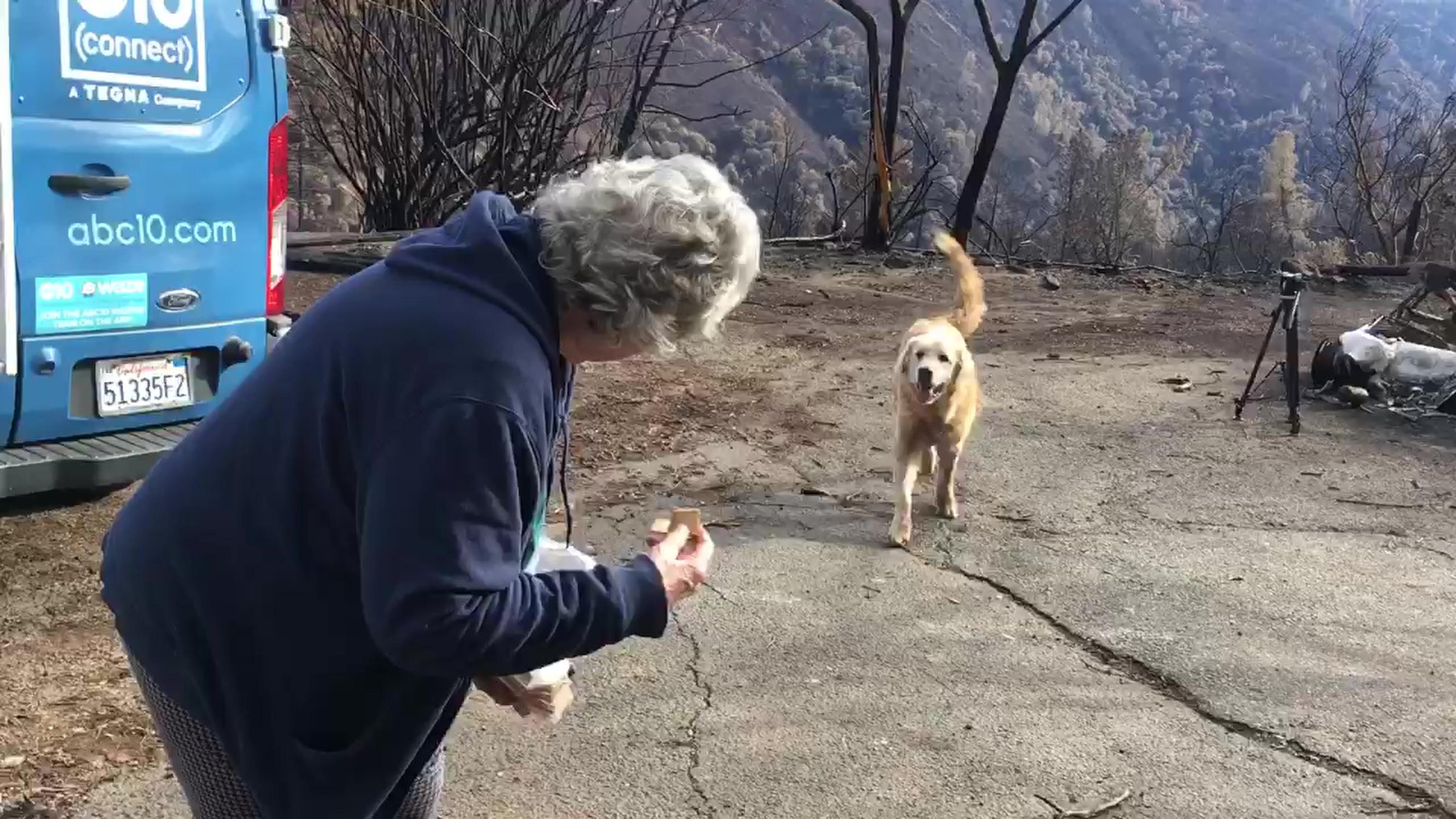 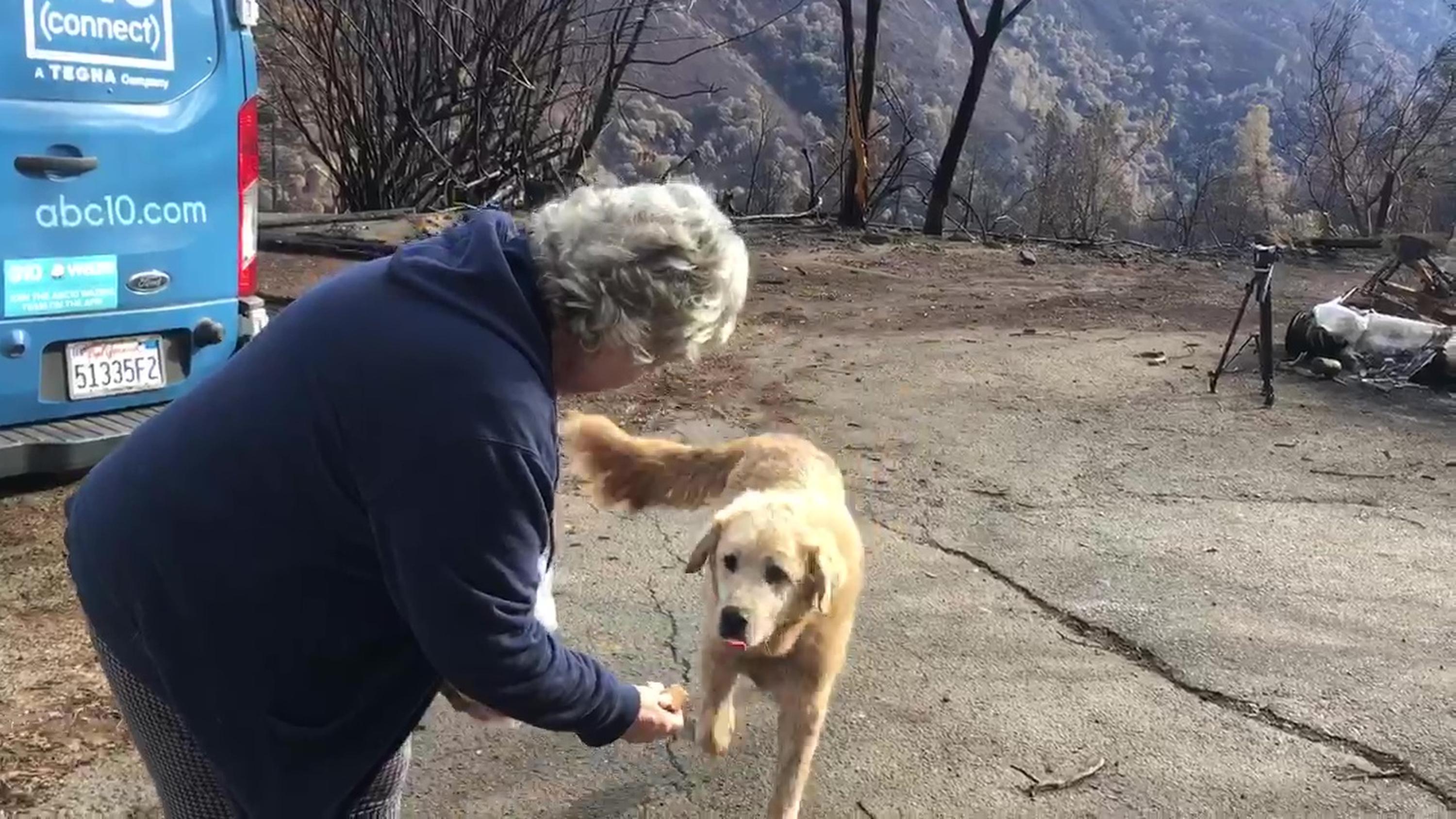 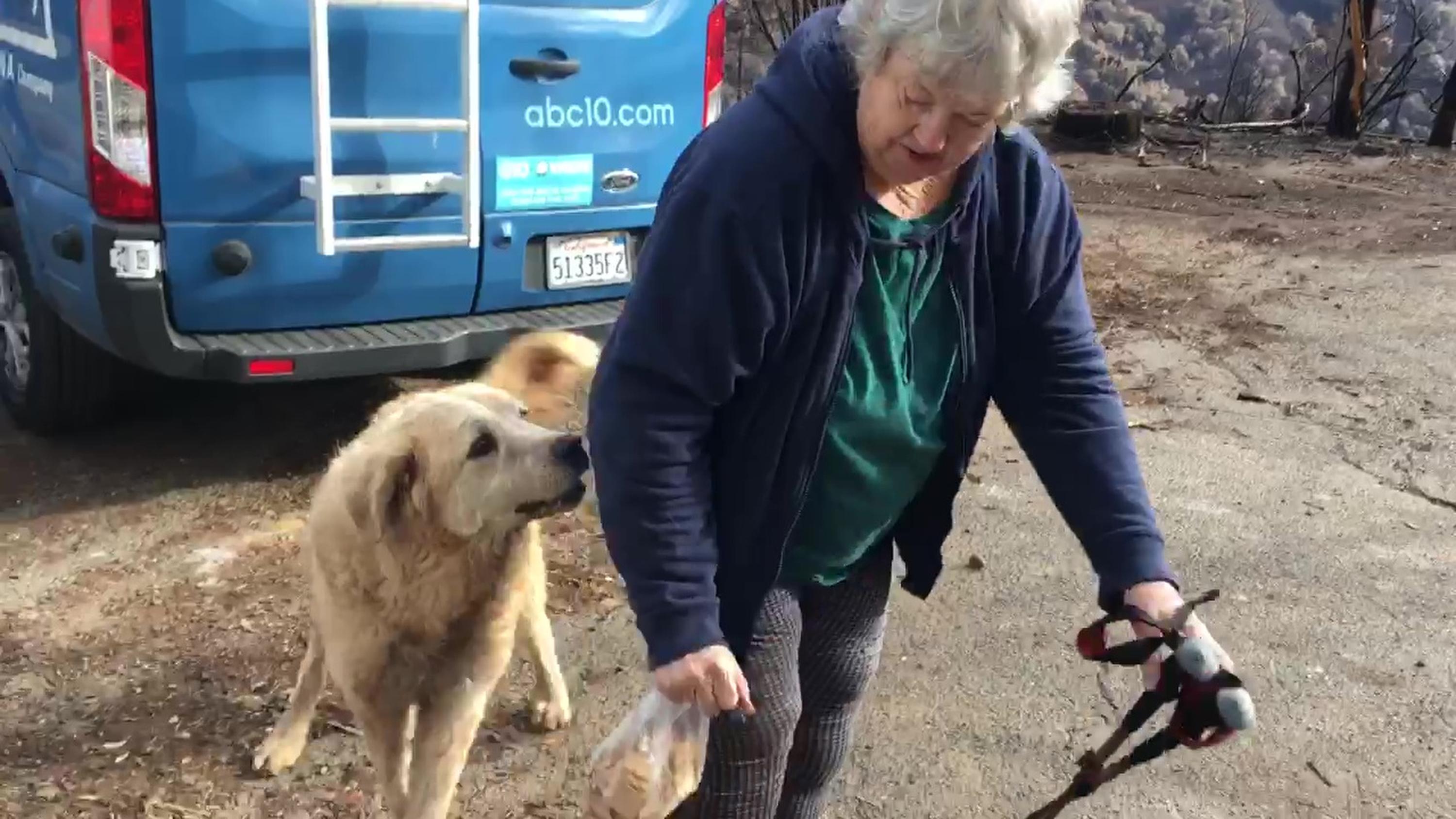 Sullivan also helped locate Madison's brother Miguel, another Anatolian shepherd mix that was taken to a shelter 85 miles (135km) away in the confusing aftermath of the wildfire.

She said: "If (the evacuees) can't be there I'm going to be and I'm not going to give up on their animal until they can get back in.”

The dogs were reunited on Friday when Gaylord came back to the property with Miguel and brought Madison his favourite treat: a box of Wheat Thin crackers.

Gaylord told news station ABC10 she couldn't ask for a better pet, saying, "Imagine the loyalty of hanging in in the worst of circumstances and being here waiting.

"Their instinctual job is to watch the flocks and we're part of them. It's a comforting feeling."

The Camp Fire swept through the area about 140 miles northeast of San Francisco on November 8. 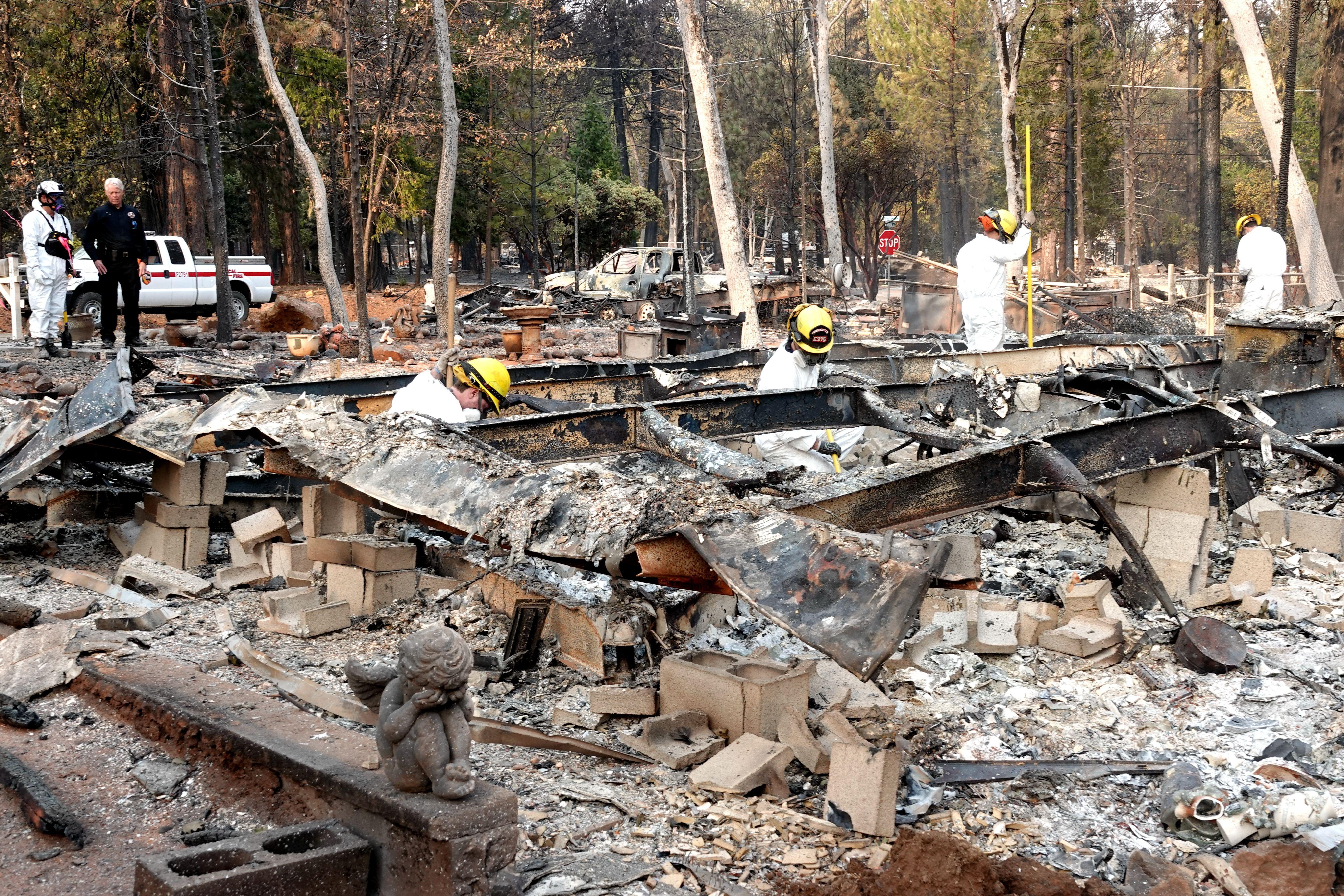 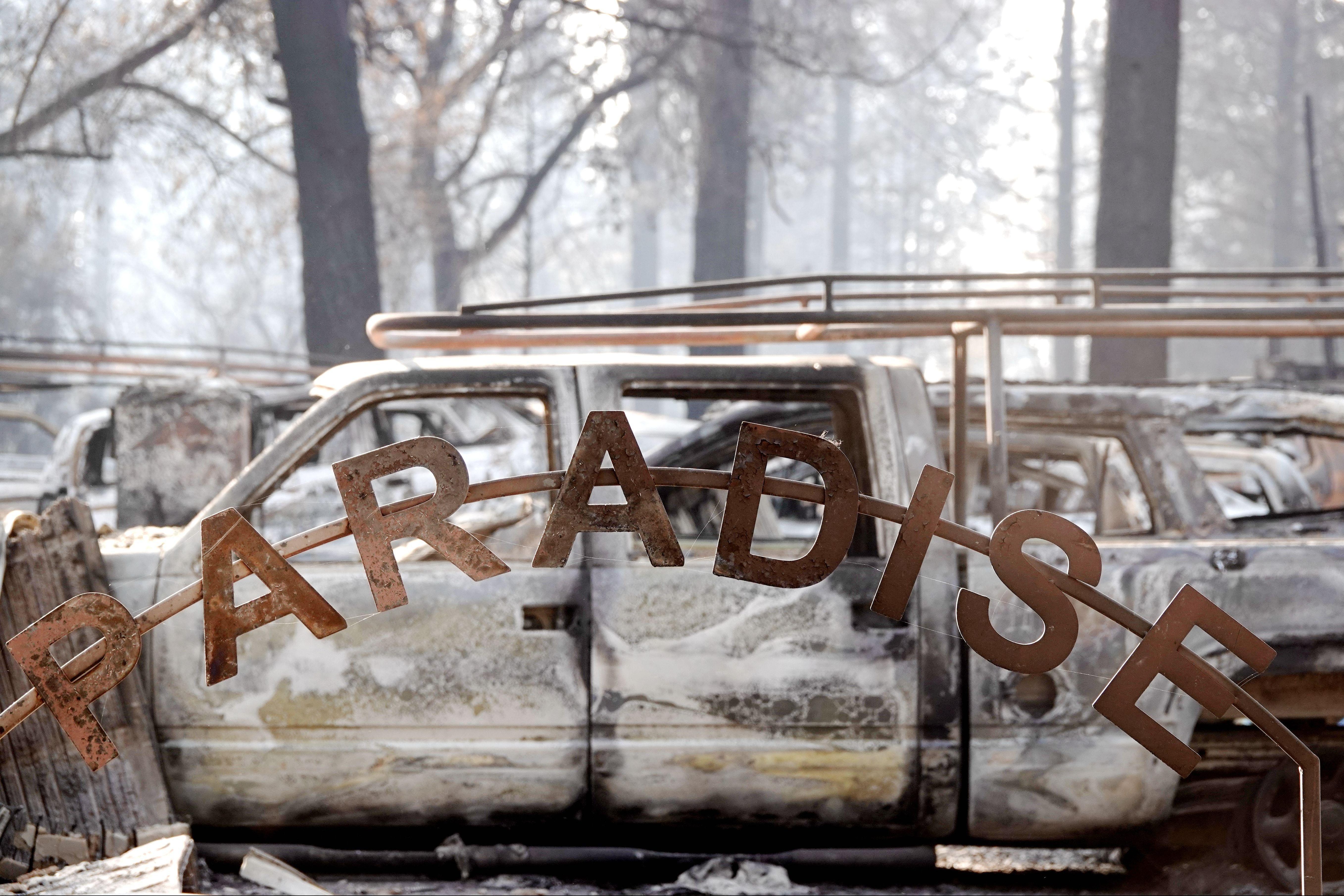 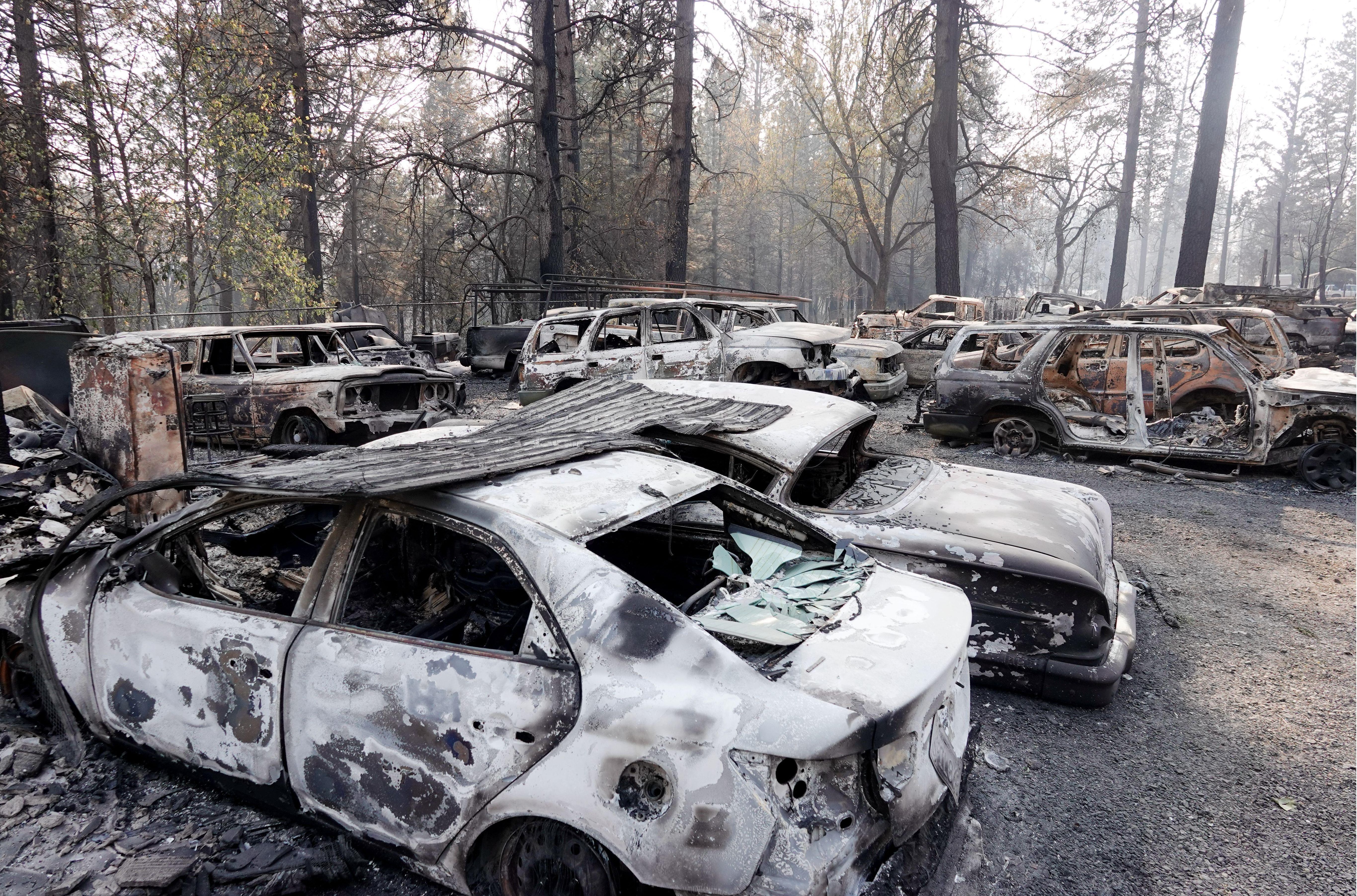 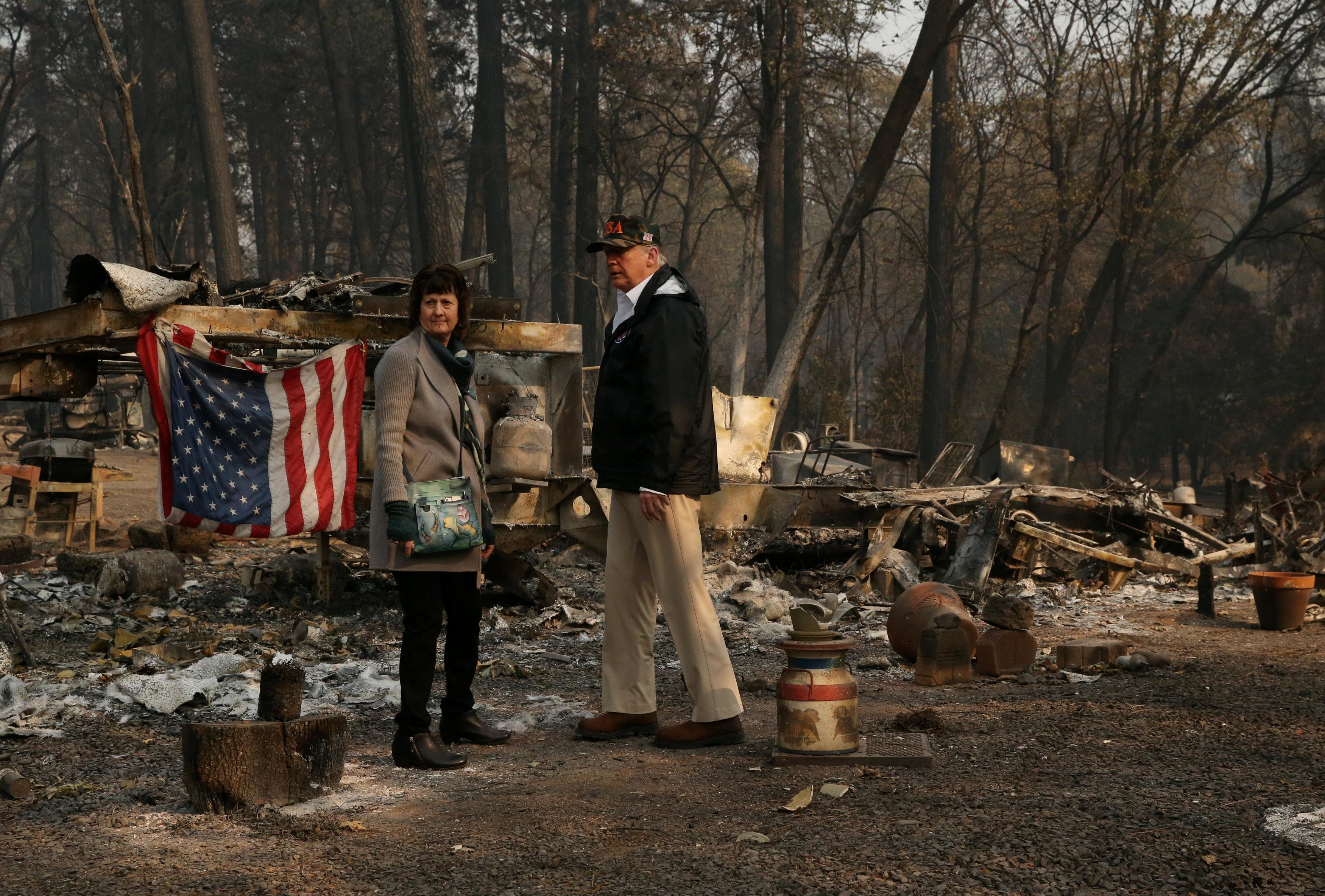 The fierce blaze killed at least 85 people and destroyed about 14,000 homes in Paradise and surrounding cities, wiping out services across the area.

A Northern California sheriff said there are still ten names remaining on the list of people unaccounted for after the deadly Camp Fire swept through the area.

Butte County Sheriff Kory Honea said no new human remains have been found, so the death toll currently stands at 85.

Some residents were allowed to return to parts of Paradise for the first time last Wednesday. 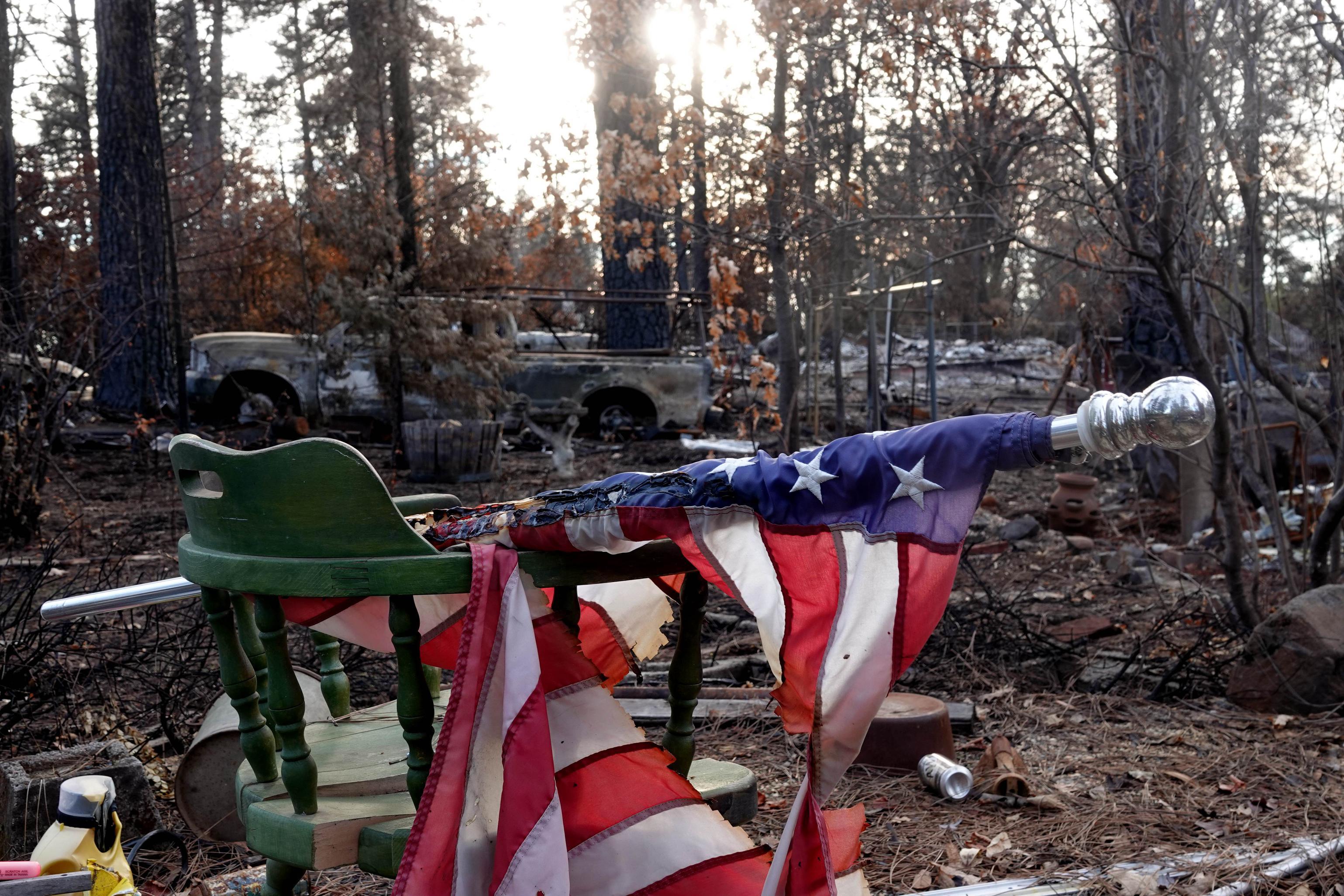 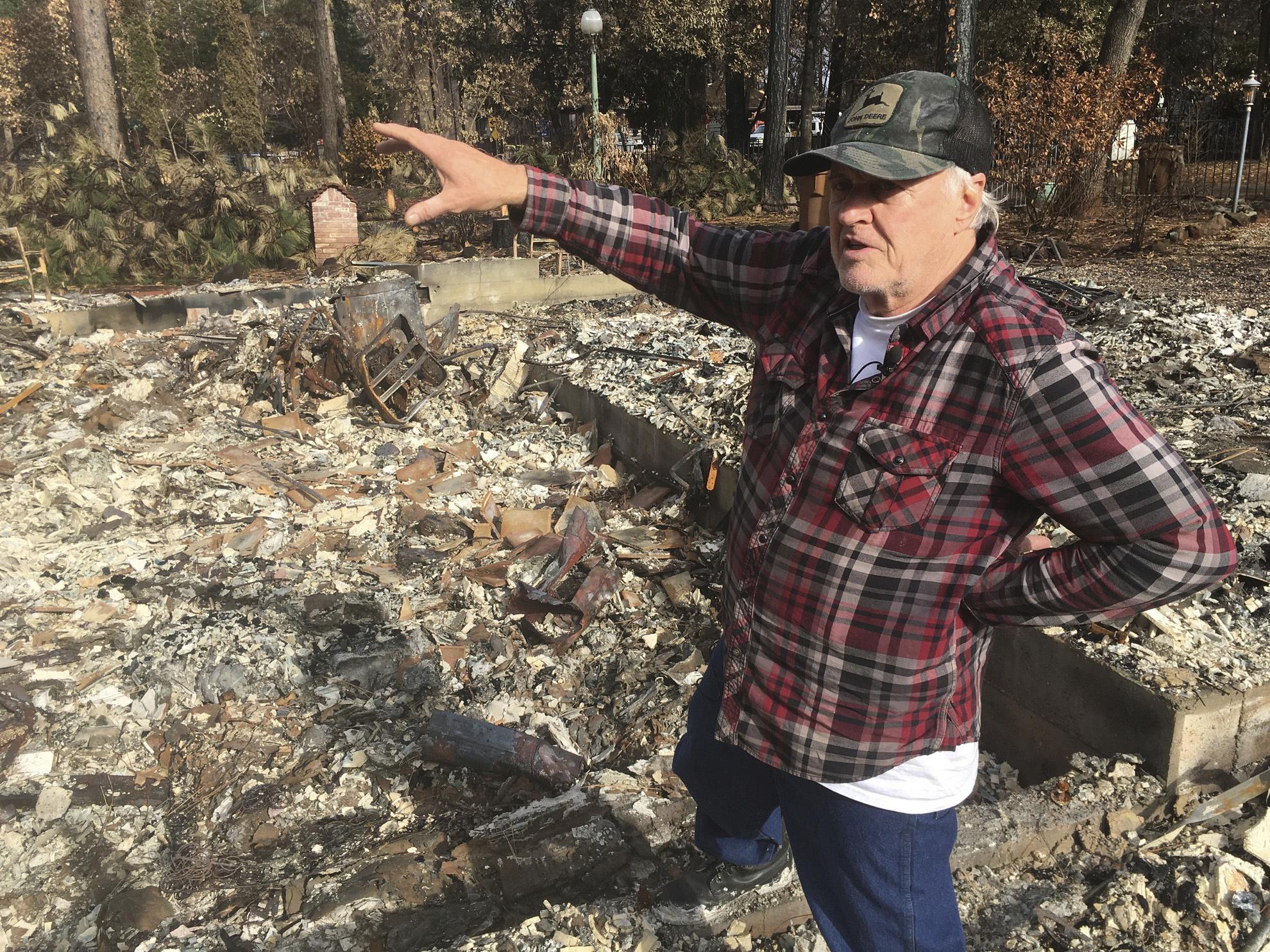 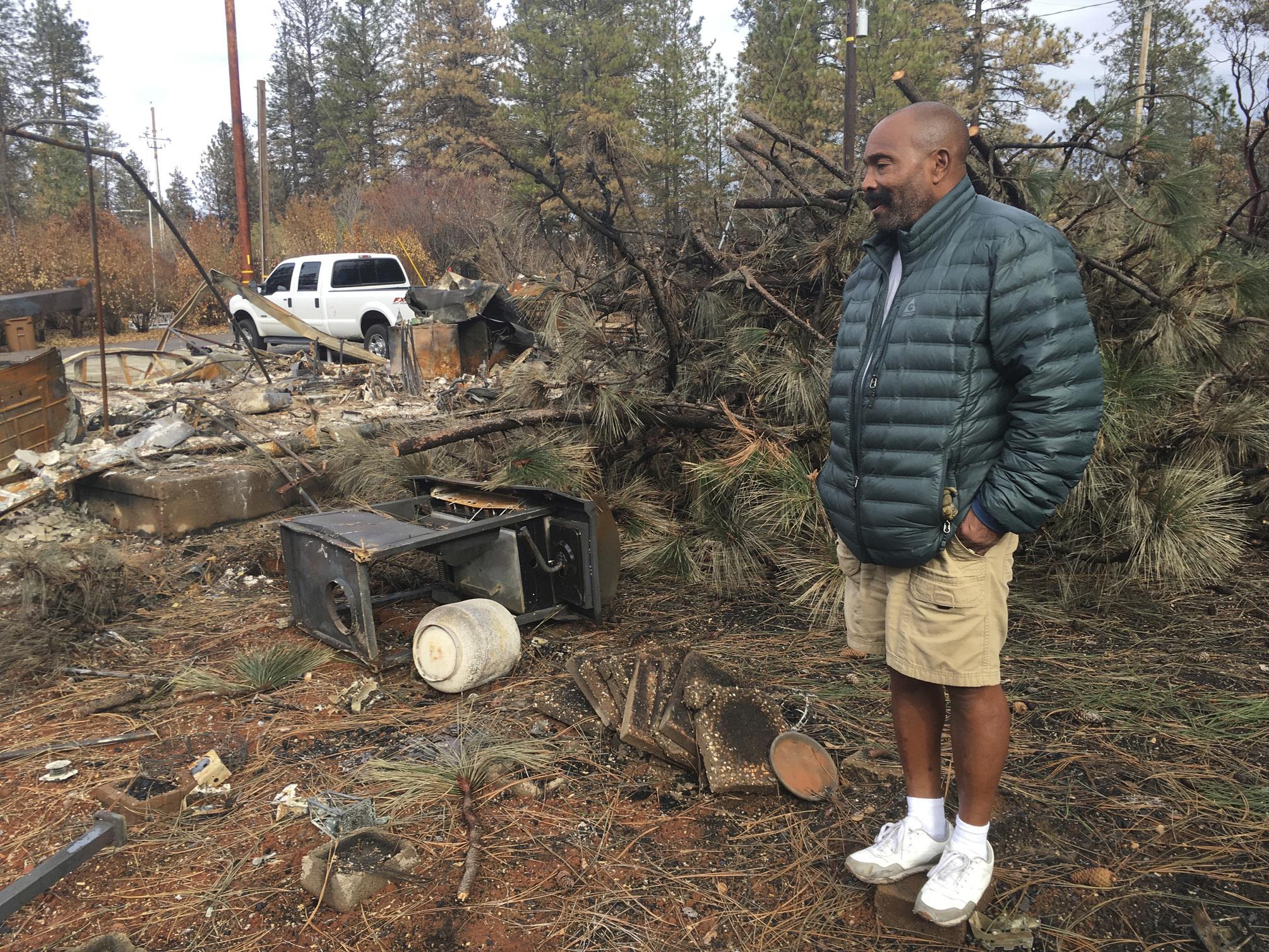 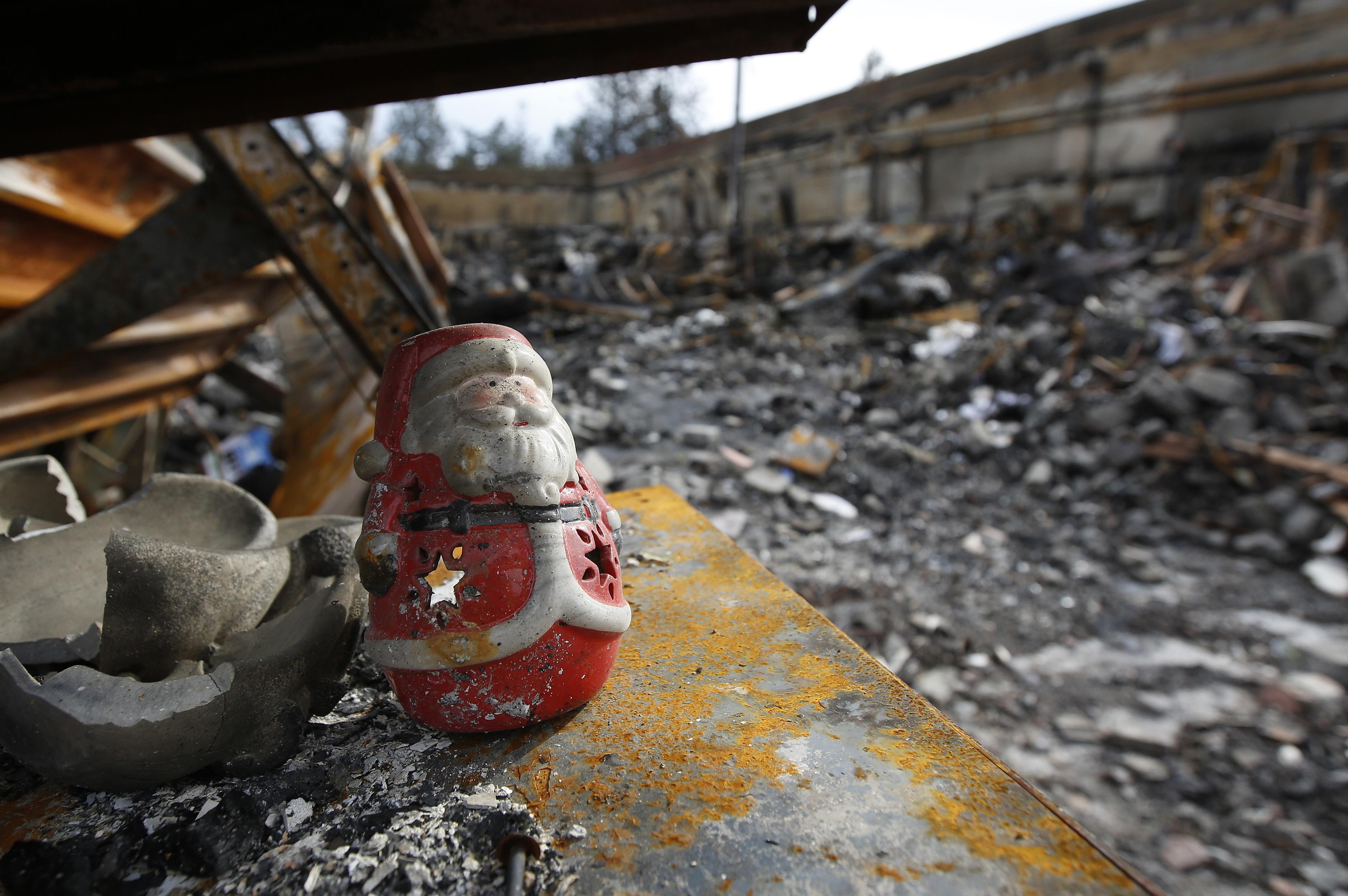 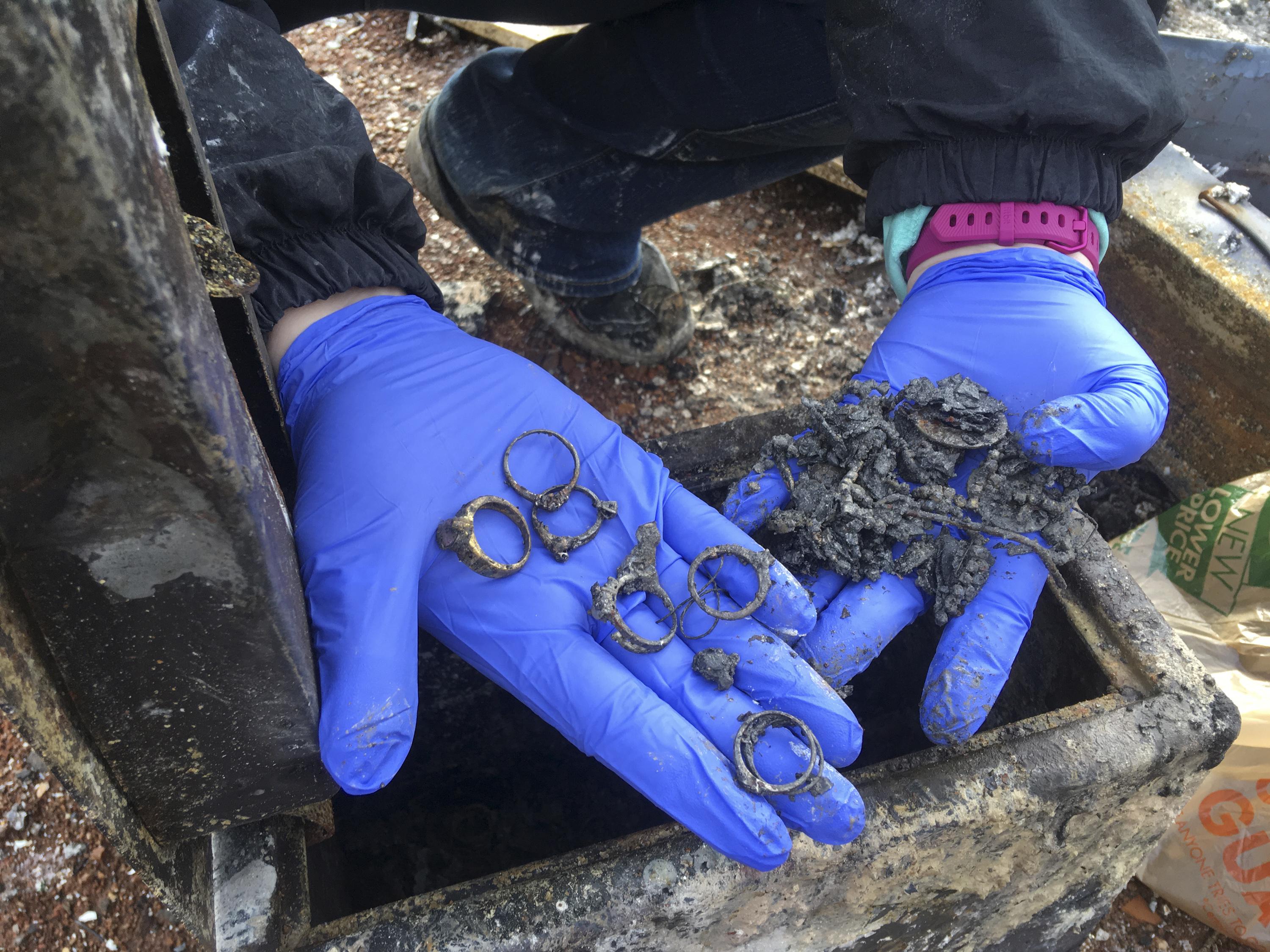 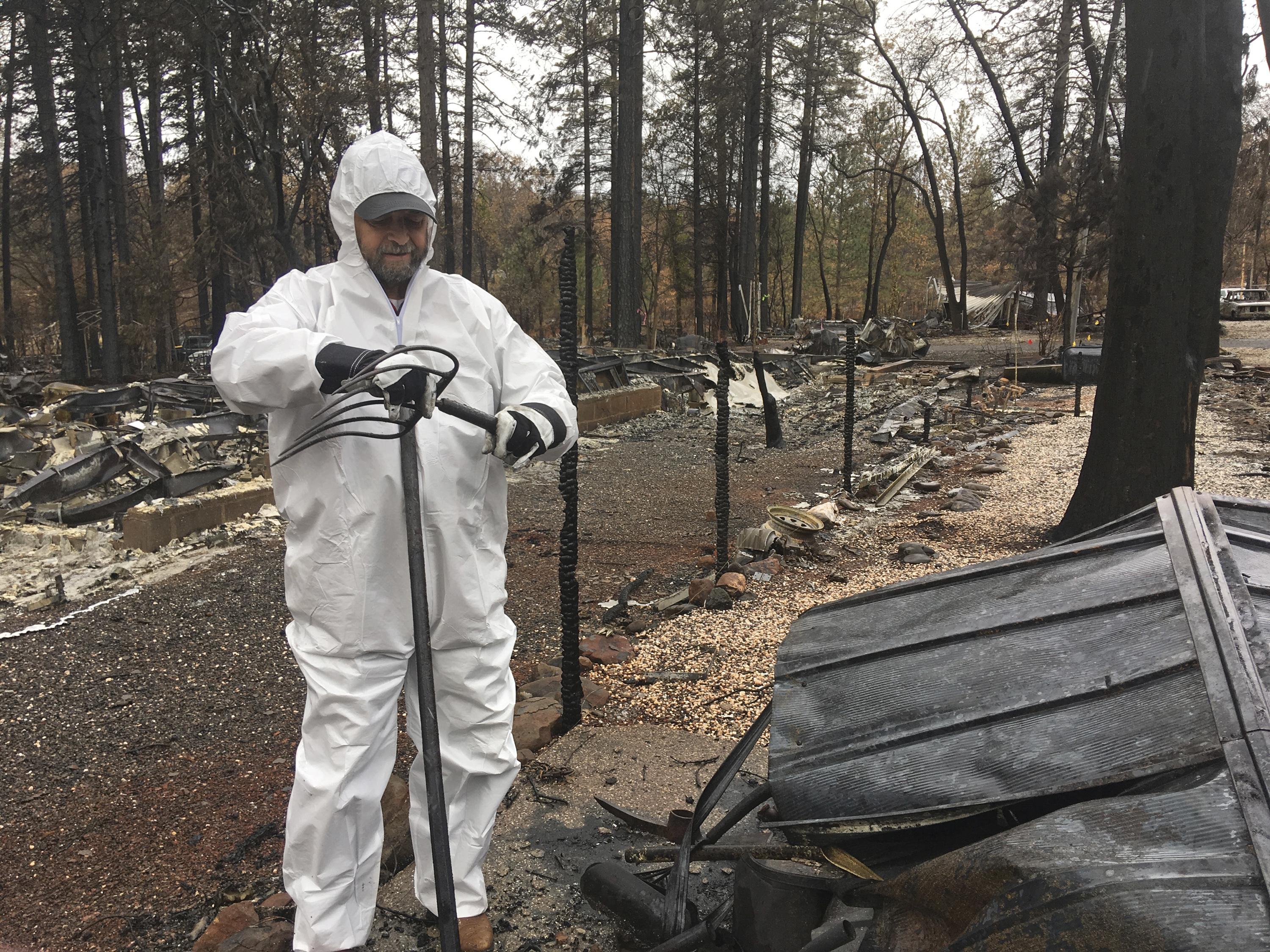 Pacific Gas & Electric Co. said it hoped to restore electrical service in fire-ravaged areas of Northern California to all customers who could receive it by the end of the month.

PG&E official Dennis Macalecse said power would be restored on a rolling basis until that time, so some customers will get electricity before the end of December.

At a news conference, Macalecse said the utility hoped to restore gas to the area by the first quarter of 2019.

Ed Fortner of the Paradise Irrigation District said that water services were currently only available to the police, fire department, Town Hall and the hospital.

A long line of cars formed last week as some residents were allowed to return to see what they could salvage from the devastation left by the catastrophic wildfire.

The Butte County Sheriff's Office said evacuation orders were being lifted last Wednesday for some neighbourhoods in Paradise, allowing limited access to residents, but the same neighbourhoods were to be opened to anyone on Thursday.

Joyce McLean said she had seen photos on social media of her destroyed home in Paradise and knew one of the only things that survived was an American flag flying on a pole.

But the 73-year-old hoped to salvage family heirlooms and mementos from her only son's childhood.

McLean said that returning on Wednesday after her harrowing escape during the fire made her feel nervous and emotional, but she wanted to make sure she at least recovered the flag.