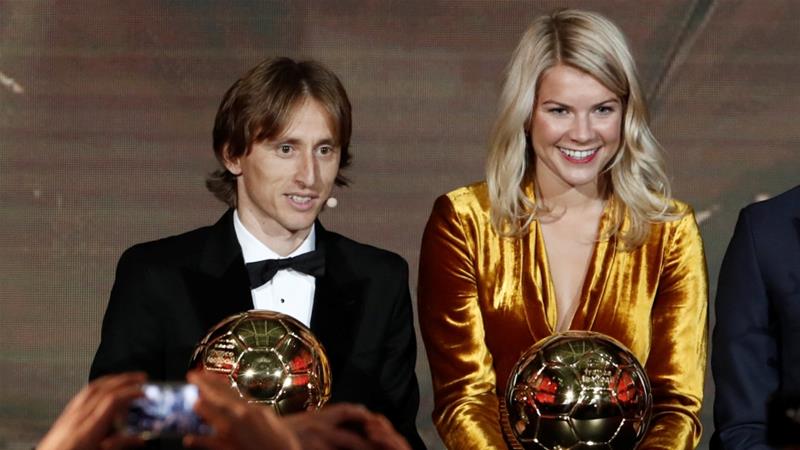 Modric’s win on Monday at the prestigious awards organised by French Football magazine put an end to the long reign of Lionel Messi and Cristiano Ronaldo, who had won every Ballon d’Or since 2008.

Women’s fight for recognition on the biggest stage, meanwhile, took a big step with the award of Hegerberg, who plays for French side Olympic Lyonnais.

This year, Modric won the Champions League with Spanish giants Real Madrid and then guided Croatia to the World Cup final in July. The 33-year-old midfielder was voted player of the tournament.

“As a kid we all have dreams. My dream was to play for a big club and win important trophies,” Modric said. “The Ballon d’Or was more than just a dream for me and it is really an honour and a privilege to hold this trophy.”

Ronaldo was second in the polling followed by France forward Antoine Griezmann. Kylian Mbappe, France’s teenage star, was fourth and also collected the Kopa award for the best under-21 player. Brazil star Neymar was third last year but only 12th this time. Messi was fifth in the voting, having been runner-up to Ronaldo the past two years and in the top three every year since 2007. Modric had never previously been in the top three. 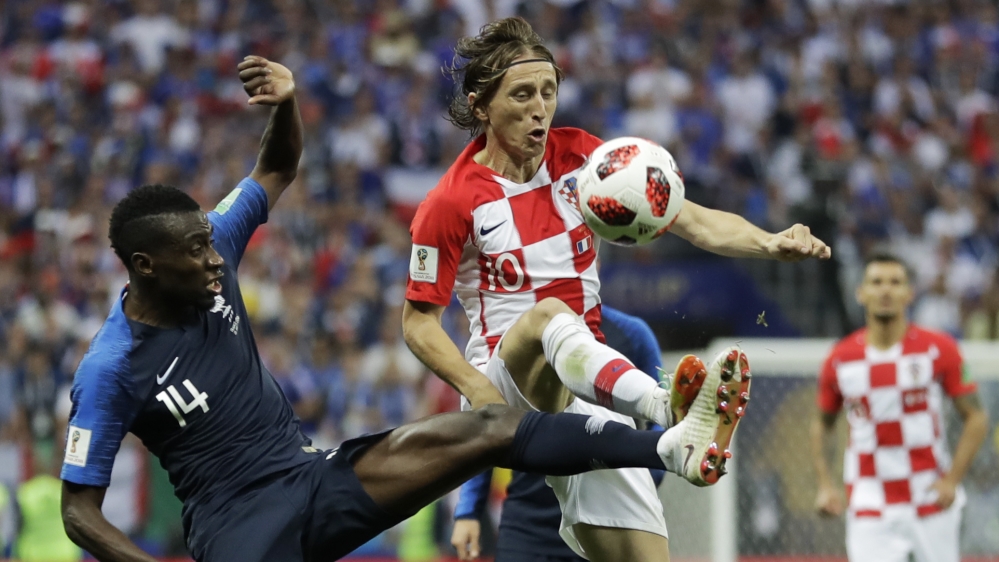 ‘Believe in yourselves’ – Hegerberg to young female players

France Football magazine has been awarding the Ballon d’Or since 1956, and created a women’s award for the first time this year.

“Being historical and the first woman to win the Ballon d’Or is a huge moment in my life,” the 23-year-old said.

“It is a fantastic day for women’s football … it is important to show young girls that they can believe in themselves and I hope they are inspired by this. They are the future.”

“I want to say thanks to France Football. It’s a huge step for women’s football,” Hegerberg said. “I want to end this speech with a message to all young girls in the world. Believe in yourselves.” 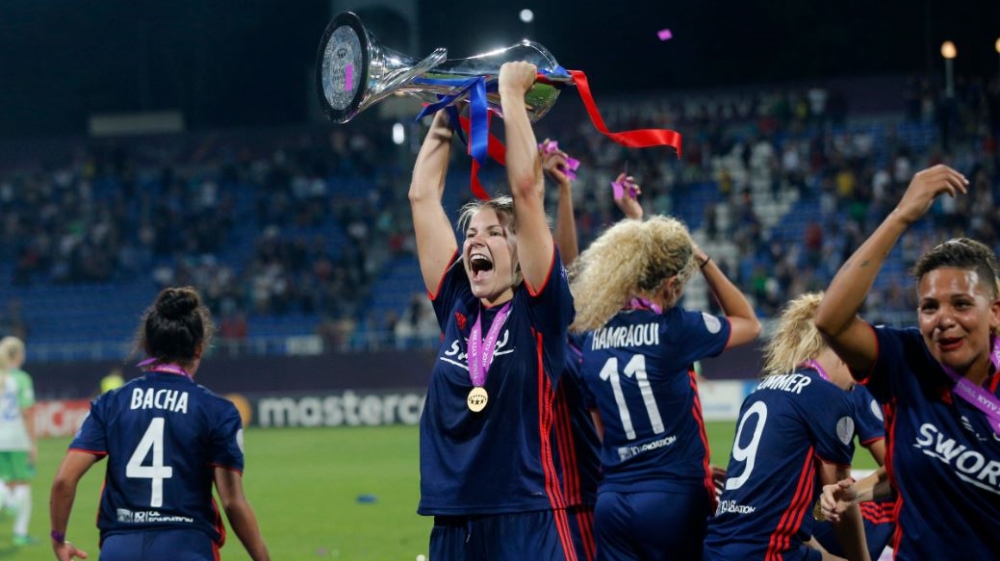 The moment of her win, however, was tarnished when French DJ Martin Solveig, who co-hosted the awards with retired football player David Ginola, asked her to “twerk” after receiving the prize.

Hegerberg answered “no” after Solveig asked her in French to do the provocative dance.

“You’ve seen that I prepared a little celebration for Kylian (Mbappe) so we said we’re going to do something similar. Do you know how to twerk?” said Solveig.

The DJ was the subject of criticism on social media following his exchange with Hegerberg and quickly apologised for his comments with a video posted on Twitter.

“I’m a little amazed and astonished with what I’m reading on the internet, of course I didn’t want to offend anyone,” he said. “This was a joke probably a bad one, I want to apologise to the one I offended, sorry about that.”

Hegerberg played down the incident.

“He (Solveig) came to me afterwards and was really sad that it went that way. I didn’t really think about it at the time, to be honest. I didn’t really consider it a sexual harassment or anything in the moment,” she told the BBC.

Hegerberg has said she will not play for Norway at the Women’s World Cup in France next June. Taking a stand against what she describes as a lack of respect for female players in Norway, she has not played for the national team since 2017 when it crashed out of the group stage of the Women’s European Championship without scoring a goal.