A ‘mad inventor’ has claimed his dog waste-powered gas lamp system has solved a big poo problem in a beauty spot near his home.

Brian Harper, 67, from Malvern Hills, Worcester, has developed a system to use the methane released from bags of dog poo to fuel light.

Dog walkers deposit their pet’s poo in an anaerobic digester which converts it into methane to fuel the lamp. 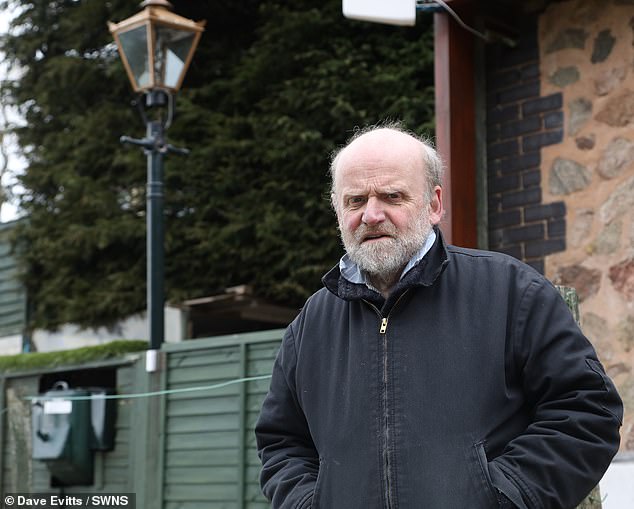 Brian Harper from Malvern Hills, Worcestershire, stands in front of the lamp he installed outside his home 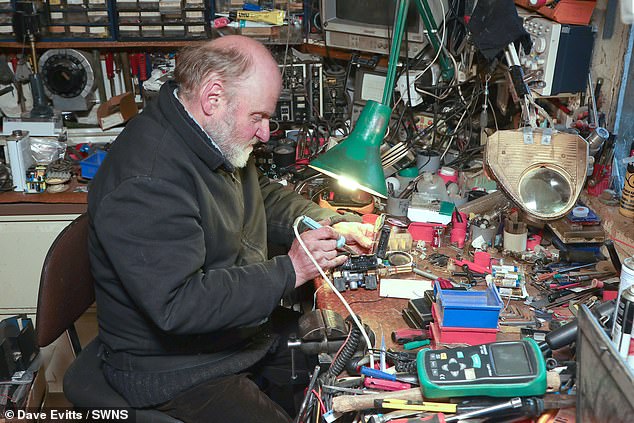 The ‘mad inventor’ was inspired by a similar system he saw in Boston, US, and created the canine bio-lantern system 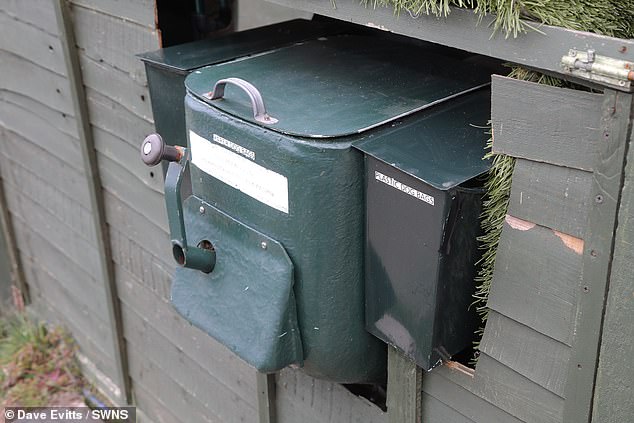 Dog walkers in the Area Of Outstanding Natural Beauty can deposit their pet’s poo in the anaerobic digester, which converts it into methane to fuel the lamp

The lamp needs ten bags of faeces to provide two hours of light.

The poo gets put in a bio-digester where it is broken down by microbes, and over two days it is converted into bio-gas, made up of 60 per cent methane and 40 per cent carbon dioxide.

Mr Harper, a former Government research scientist for the Ministry of Defence, said it has solved the problem of people leaving dog poo on the ground since it was introduced in January. 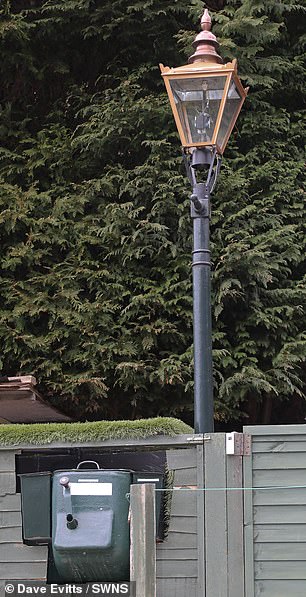 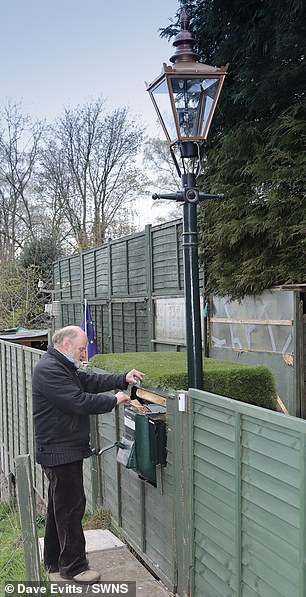 Now, Sight Designs, the five-man company he set up from his underground laboratory, is preparing to manufacture the lamps and sell them to councils around the UK.

Mr Harper believes the system will solve the problem of what to do with the 200,000 bags of dog waste produced every day in the UK, most of which currently ends up in landfill.

And he claimed the system is better for the environment as only a small amount of C02 is released from the process as opposed to large amounts of methane released from dog poo in landfill.

Mr Harper got the idea after seeing an art installation set up in Boston, US, which used a similar system. 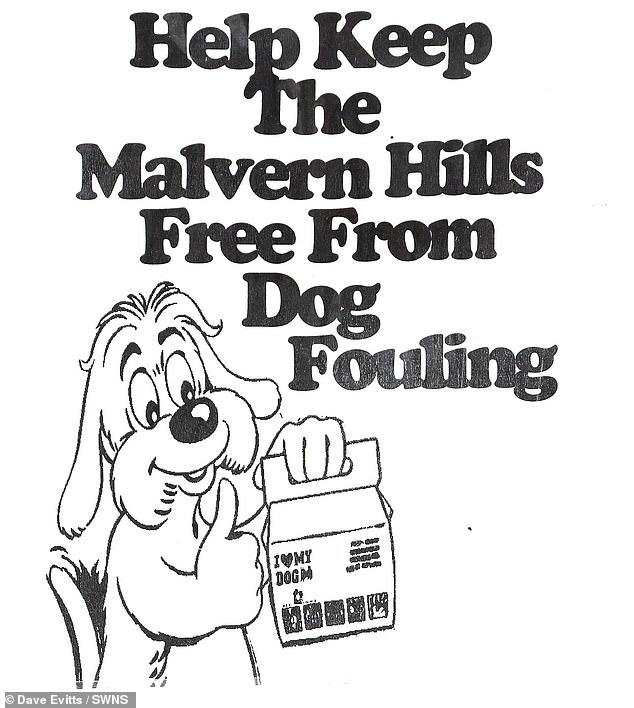 The investor, who has a daughter in her 40s and grandson aged seven, said: ‘I’m a mad inventor. You could call me a green entrepreneur.

‘Where I live is on an access track to the Malvern Hills.

‘There was a big dog poo problem, but it’s gone now.

‘I have a long history of developing new technology.

‘The idea of the dog poo lamp came about because I was involved in a project to restore the gas lights in the area with the Transition Malvern Hills group.’

He said that was where the idea came of making it run on biogas.

‘We managed to persuade the Malvern Hills Area of Outstanding Natural Beauty to put in a bit of money and fund the start of this project.

‘We have spent a year refining the system so it is ready to be sold.

‘Biodigestion is over 100 years old, and gas lamps are over 200 years old.

‘We took very old technology and made it work with modern dog poo – which is mostly canned food.

‘The first people who tried this were in Boston in the US. It was an art installation for six months.

‘A few other volunteers have had a go but without much great success, because they haven’t approached it from the point of view of designing and manufacturing something as a finished package.

‘We call it the canine bio-lantern system.

‘Members of the public get a free bespoke bag.

‘The whole bag then goes into the biodigester, and you just turn the handle five times. That squeezes and breaks down the bag.

Mr Harper said he can operate the system remotely and it has light sensors which allow dog owners to use it in the dark. 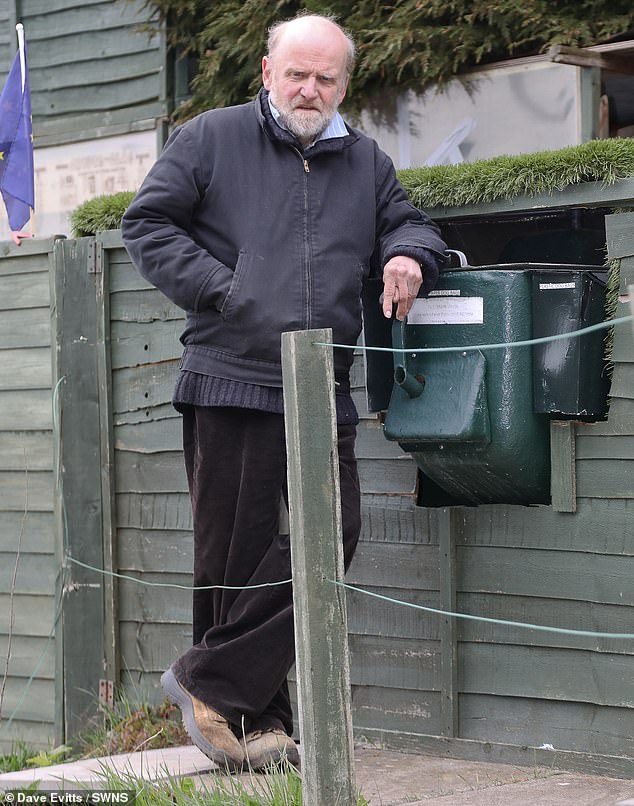 Mr Harper wants to sell the contraptions for £5,000 each and said others have tried but failed because they ‘don’t  approached it from the point of view of designing and manufacturing something as a finished package’

He continued: ‘The poo is no longer purely a waste product.

‘Also, we get a liquid fertiliser as a by-product.

‘A huge amount of dog poo currently goes into landfill and produces methane which ends up in the atmosphere.

‘So our system is incredibly good for saving the planet as well.

A small lamp can take around 30 bags of Labrador-sized poos, weighing 200g to 300g each.

‘We are talking to a long list of early adopters about supplying lamps to them. We know we can make them in small batches and deliver them later this year.’

‘It’s going to cost more than using electricity from the grid to power the lamp, but the point is this is to save money on the whole problem of dog poo,’ he added.