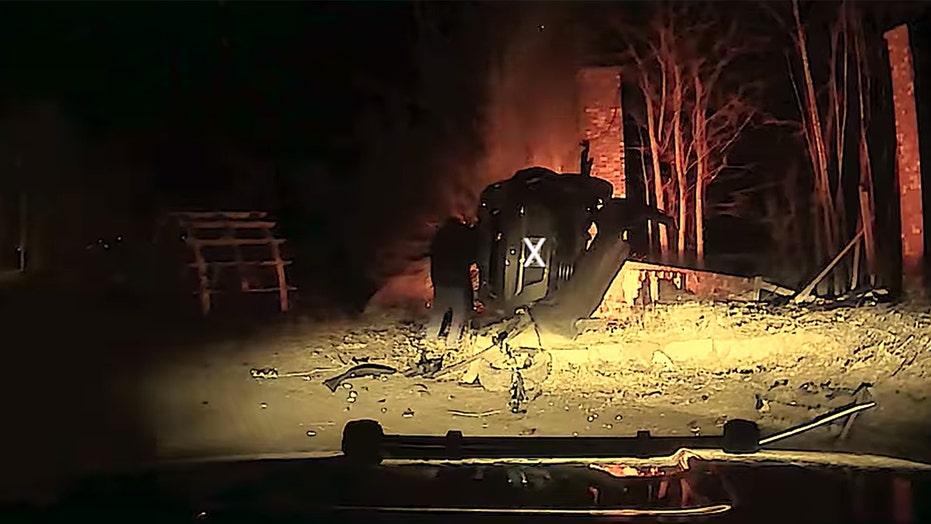 A Maine police officer responding to an early morning crash Wednesday teamed up with a good Samaritan to pull the injured driver to safety as flames shot out of the other side of the overturned vehicle, dashcam video shows.

The officer, Andre Chasse, and an unidentified commuter tore through the vehicle’s damaged windshield and carried the victim to safety.

The video shows Chasse attempting to reach the driver before the unnamed good Samaritan runs over with a towel, which the two wrap around a damaged support bar for protection. Moments later, they carry the driver away from the wreck – with the car on its side and aflame the entire time. 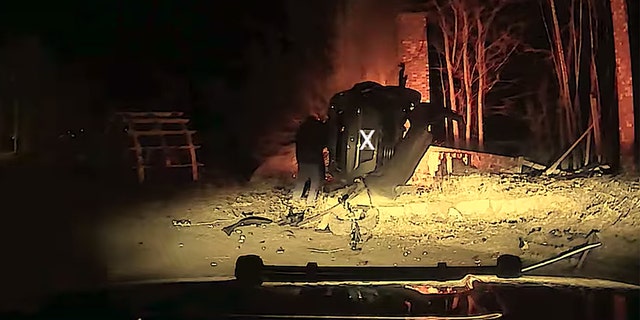 A Maine police officer responding to an early morning crash Wednesday teamed up with a good Samaritan to pull the injured driver to safety as flames shot out of the other side of the overturned vehicle, dashcam video shows.
(Mechanic Falls Police Department)

“If not for Officer Chasse’s quick and heroic actions the occupant’s outcome may not have been the same,” the Mechanic Falls Police Department wrote in a Facebook post, which included the video. “Thank you to Officer Chasse, your actions exemplify our department, town and profession.”

CHEERLEADER AT APPLEBEE’S PERFORMS CPR ON MAN HAVING A SEIZURE, SAVES HIM: REPORT

“I don’t even know what he looks like,” he told the station. “I’m blessed that he saved me, though. I appreciate him and the person who stopped on the side of the road heading to work to come help me.”

Without their intervention, Johnson added, he “would have been dead or gone,” saying, “I must have been passed out cold when he grabbed me. I saw the video. My feet were down to the floor like I was lifeless. Like God bless you, seriously.”