A 62-year-old man has been arrested and charged with murder over the 1984 cold case killing of Melton ruckman Bernie Williams.

Williams was a 25-year-old father when his body was found on a bush track near Hobbs Road, Bullengarook, near Gisborne north-west of Melbourne, about 3pm on March 3, 1984. 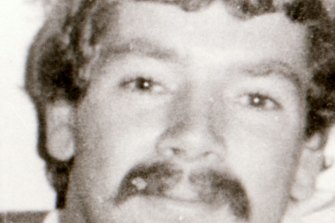 He was found tied up and had been shot a number of times.

Detectives believe it’s highly likely several people were involved in Mr Williams’ death, given the Melton Football Club player was known for his physical capabilities, and noting the way he was restrained before he died.

In 2017, police announced a $1 million reward for information leading to the arrest and conviction of the person or people responsible for the death.

On Monday, detectives arrested a 62-year-old and charged him with murder. He is due to face Melbourne Magistrates Court later on Monday.

Detective Sergeant Paul Scarlett, from the homicide squad, said investigations remained ongoing, and police were keen to speak to anyone who might have information about Mr Williams’ death, particularly those living in the Melton area in 1984.

“At the time of his death, Bernie was a 25-year-old with a young daughter, and in the prime of his life. He was a passionate member of the Melton Football Club, and was well known within the Melton community for his skills on the football field,” Sergeant Scarlett said.

“Almost four decades on, his family are still searching for answers as to why their much loved son and brother was killed.

“Today, we are in a position to charge someone. However, we believe the person who has been charged did not act alone.”

Sergeant Scarlett said police also wanted to speak to anyone who might have information about the motive for Mr Williams’ death.

The detective said the 25-year-old was not known to police at the time of his death, however investigators were aware he had a number of personal relationship disputes, which remain an “active avenue” of their inquiry.

Anyone with information is urged to phone Crime Stoppers on 1800 333 000 or visit crimestoppersvic.com.au