Furious commuters slammed ‘Moneybags Man City’ after manager Pep Guardiola arranged for a Virgin train to make an unscheduled stop to get his squad to a game.

Passengers on the Manchester Piccadilly to London Euston service were baffled when the service pulled it at Watford shortly before noon on Tuesday.

They were stunned when they looked out of the window to see manager Pep Guardiola and his multi-million pound squad alight the train and make their way along the platform. 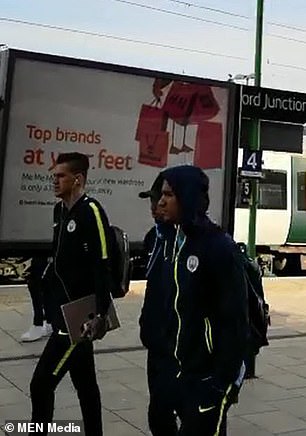 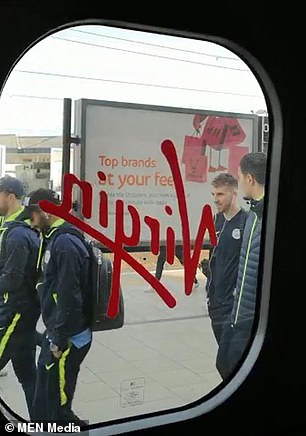 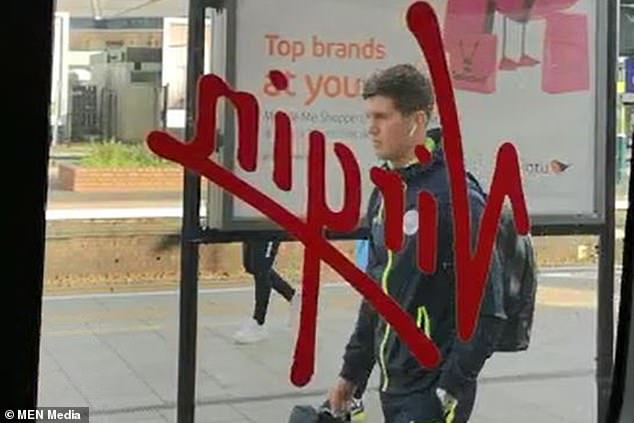 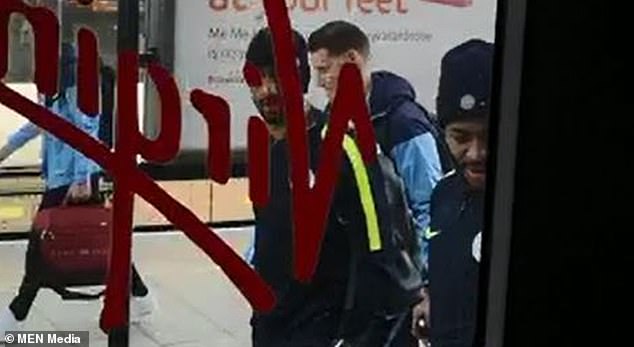 A commuter took footage of the incident, which left some on board anxious about getting to work meetings on time

Unbeaten City, who are two points clear at the top of the Premier League, face Watford at Vicarage Road at 8pm tonight.

One passenger, who filmed the team as they made their way along the platform, said: ‘I was rushing to a business meeting in London and I was thinking “why is the train stopping?”. 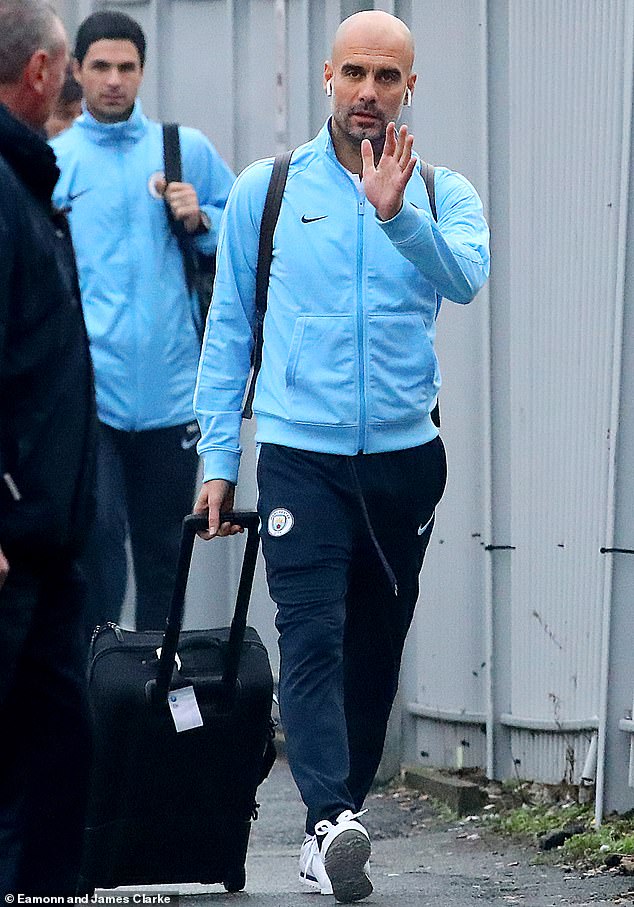 Pep Guardiola is pictured leading his Manchester City side to get the train south on Tuesday, when the service made an unscheduled stop 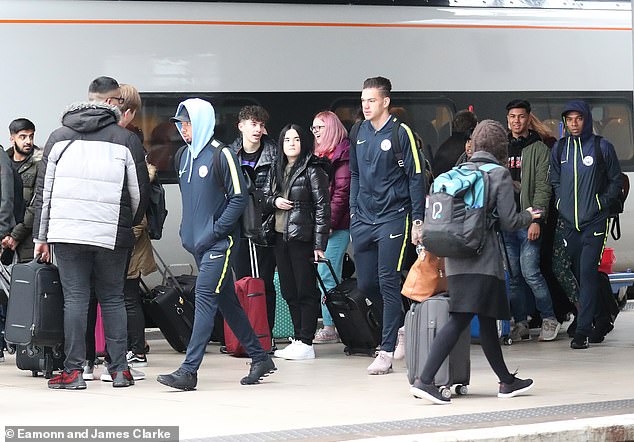 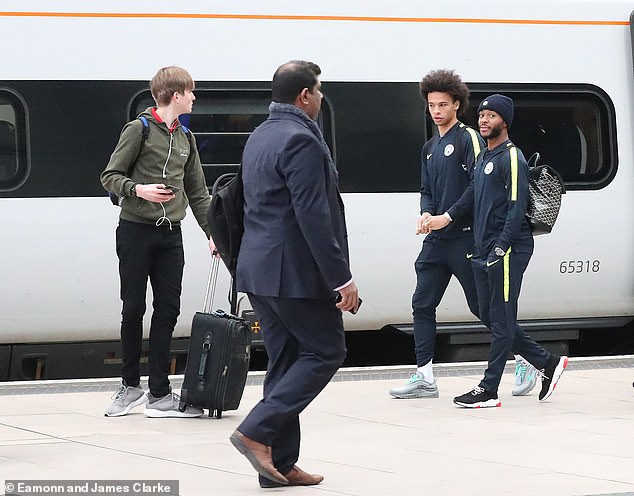 ‘I was worried that I might be late for my meeting. I asked one of the guards what was happening. He said to me: “We’ve got some special people on board.”

Most passengers aiming to get to Watford from Manchester would have to get a service to Milton Keynes Central, followed by another train to their destination – taking two hours and 15 minutes.

The team would have shaved time off their journey by hopping on the Euston service, which usually takes from around two hours seven minutes. 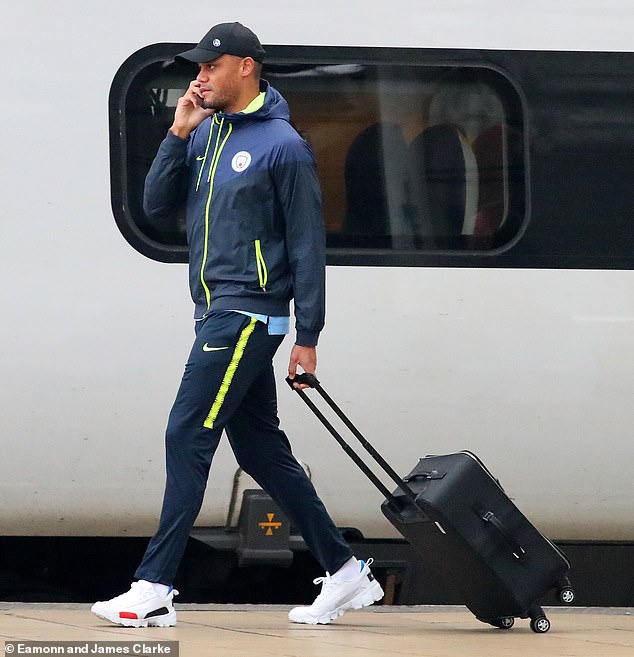 The father-of-two, who does not want to be named, added: ‘I was very surprised that they stopped the train. And I was stunned to see all the City players walking along the platform in their team tracksuits.

‘Basically, it seems if you’ve got the money you can buy whatever you want. It’s one rule for them and another for us. Moneybags Manchester City can call the shots even when it comes to the rail service.

‘The train did arrive in London a few minutes late. Thankfully, I got to my meeting on time, but that’s not the point. I don’t think the train would have stopped for me if I wanted to get off at Watford.’

His train ticket showed the train was due to stop at Stockport, Wilmslow and Crewe before arriving at London Euston.

The video shows England stars Raheem Stirling and John Stones as well as some of the other international stars walking along in their club tracksuits and carrying day bags.

The commuter, who supports Manchester United, added: ‘I know ticket prices have gone up recently. I wonder how much City had to pay to bring their particular train to a stop.’

A Virgin Trains spokesperson said: ‘This service made an extra stop at Watford and so arrived in London four minutes later than normal.

‘The change was made on 20th November and the new arrival was shown in timetables from that point. It was also shown on departure boards at the station and online.’