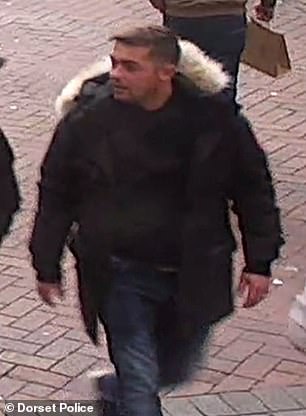 Police would like to speak to this man in connection with the incident which took place at around 3.10pm on Sunday, December 9

Police are hunting a man who painted an Asian woman’s face white while posing as a bogus make-up artist at a department store.

The shock incident took place at Beales in Bournemouth, Dorset at around 3.10pm on Sunday, December 9.

Where the smartly-dressed man is said to have asked the victim – an Indonesian woman aged in her 50s who lives in the town – if she would like a makeover.

The woman, believing him to be genuine and from the MAC counter, politely accepted the request.

But according to police, the man ‘roughly caked’ her face in white make-up before he was spotted, challenged by a member of staff and ran out.

A spokesman for Dorset Police said: ‘The racially-aggravated assault caused the woman a great deal of irritation and reddening to her face.’

Police have now released a CCTV image of someone they would like to speak to and who appears to be wearing a black top, coat and blue jeans at the time. 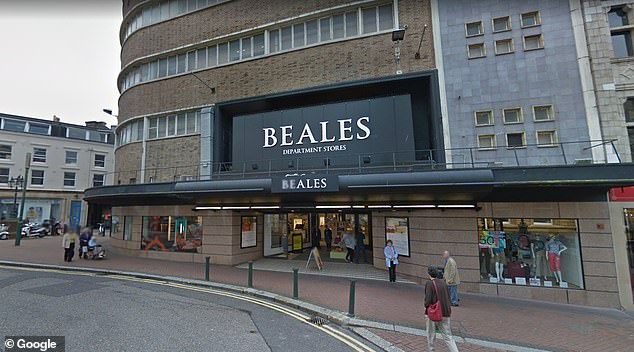 The man is said to have posed as a MAC make-up artist at a Beales department store (pictured) in Bournemouth, Dorset

PC Alex Knapp, of Bournemouth Police, said: ‘The victim is understandably very upset by the incident and I am now in a position to issue a CCTV image of the man I would like to speak to in connection with the incident.

‘I would ask that anyone with information, or who can identify the man pictured, contacts Dorset Police.

‘We take hate crime very seriously and we are carrying out a full investigation to identify the man responsible.’