A California man dies after sacrificing himself to save a woman on a zipline after fearing they’d both fall under the weight.

Joaquin Romero, 34, was working at La Jolla Zip Zoom Zipline on the La Jolla Indian Reservation in the Pauma Valley in California on Saturday when a woman slide out on the line while he was helping her get hooked on the platform.

Romero allegedly grabbed onto her harness to stop her and got dragged away from the platform. 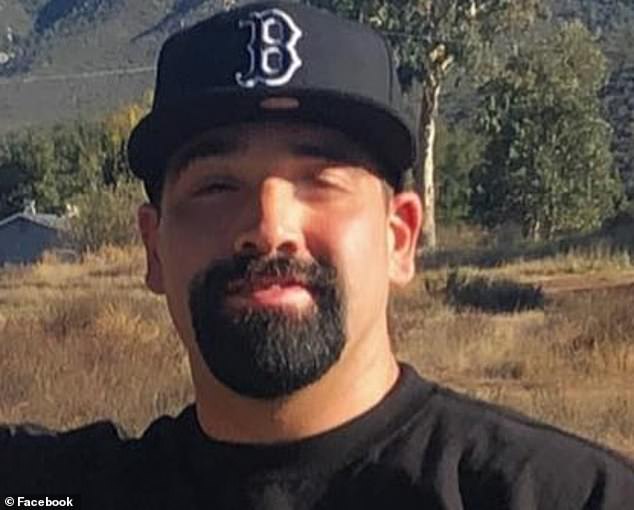 Joaquin Romero, 34, sacrificed himself after a woman he was harnessing to a zipline got pulled out and took him with her on Saturday. They were dangling 100 feet above the ground when Romero decided to let go in fear that they would both succumb under the extra weight (pictured: La Jolla zipline) 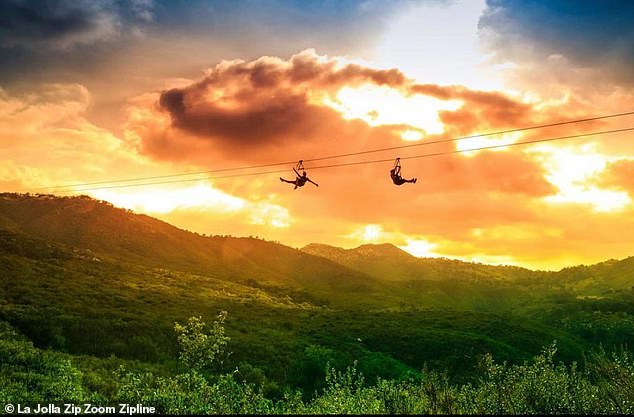 Cal Fire rescued Romero by using a low-angle rope system to pull him to the roadside before airlifting him to Sharp Memorial Hospital, where he died on Monday

The pair dangled roughly a 100 feet above the ground, according to Fox 8.

The unnamed friend, who identified Romero, said the 34-year-old feared he and the woman would fall from the extra weight, so he decided to let go.

The zipline can hold up to 250 pounds, with a minimum of 65 pounds.

Romero dropped 100 feet and suffered from major trauma injuries. Cal Fire rescued him by low-angle rope system to pull him to the roadside.

He was then airlifted to Sharp Memorial Hospital, where he died Monday morning. 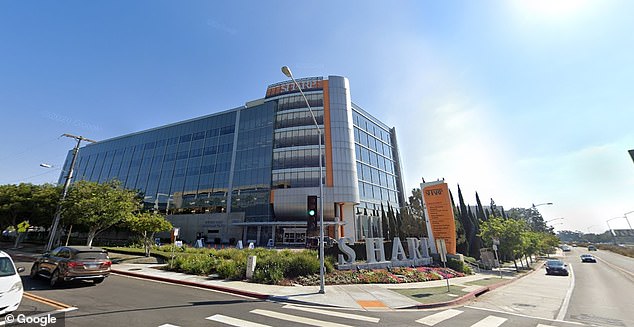 He died at Sharp Memorial Hospital (pictured), where he died on Monday

The woman was reportedly uninjured.

La Jolla Zip Zoom Zipline said they were ‘heartbroken’ over the loss of their employee and are conducting an ‘in-depth and comprehensive investigation, in coordination and cooperation with federal and state authorities.’

La Jolla has three different ziplines to choose from, ranging from 300 to 2,700 feet and can reach up to speeds of 55mph.

The La Jolla Tribe opened its campground in 1930 and its newest attraction is the La Jolla zipline, which opened in September 2015.

Romero’s brother Rick and his wife Rhonda’s coworkers are hosting a grab-and-go fish taco fundraiser on November 5 to help the family.

‘This fundraiser is to help the family out with the recent loss of Ricks brother Joaquin Romero,’ a family friend Naomi Howard wrote on Facebook. A plate cost $5 with a option of donating more.