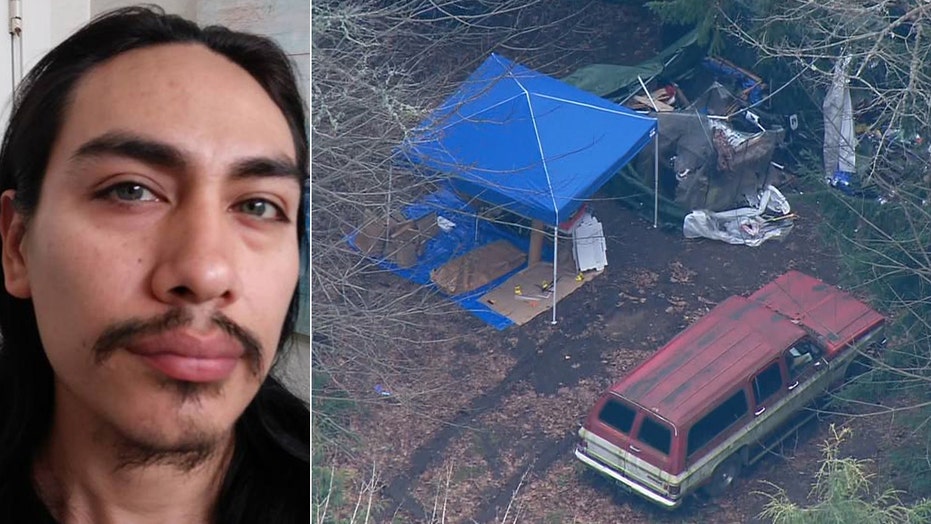 A man suspected of using a samurai sword to kill his girlfriend last year at a survivalist bunker loaded with guns and ammo in northwest Washington was found dead in California, officials revealed Tuesday.

The Island County Sheriff's Office said in a news release posted to Facebook a body pulled from the Feather River in Yuba City, California on April 7, 2018 has been identified as 35-year-old Jacob Gonzales.

The body was initially classified as a "John Doe" until November when investigators shared photos of tattoos on the body that led to tips that initially identified the body as Gonzales'.

Officials were eventually able to send DNA to a lab in California, which made the positive identification. Officials have not revealed a cause of death.

Gonzales had been sought by authorities in connection with the murder of 26-year-old Katherine Cunningham, whose decapitated body was discovered on March 3, 2018, near a survivalist bunker on the rural Camano Island, north of Seattle. 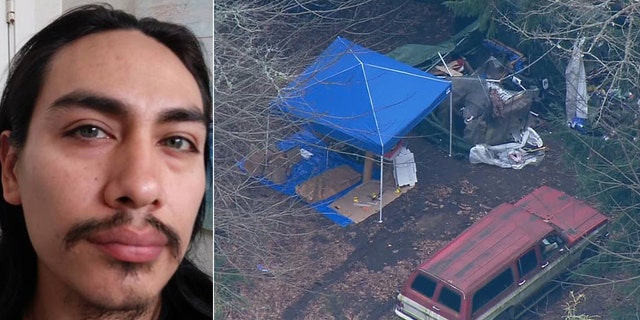 A body found in a river in California last April has been identified as Jacob Gonzales. The 35-year-old had been sought in slaying of a 26-year-old woman found beheaded near a survivalist bunker in Washington in 2018.
(Island County Sheriff’s Office/KOMO-TV via NNS)

Near the headless corpse, investigators discovered a bunker dug into a hillside containing supplies, guns and ammo. Autopsy findings determined the 26-year-old woman’s cause of death was “homicidal violence with decapitation,” according to the coroner's office.

"The subsequent investigation revealed that Katherine had been murdered on February 14th or 15th," the sheriff's office said Tuesday.

Cunningham's vehicle was found abandoned on Interstate 5 in Yreka, Calif., roughly 560 miles away on Feb. 16 and towed three days later by the California Highway Patrol, before her body was discovered.

"After Katherine was discovered, an attempt to locate was put out on her missing vehicle and the California Highway Patrol notified the Island County Sheriff’s Office that they had the vehicle," police said. "Deputies from the Island County Sheriff’s Office recovered the vehicle from California and towed it back to Washington where Detectives obtained a search warrant." 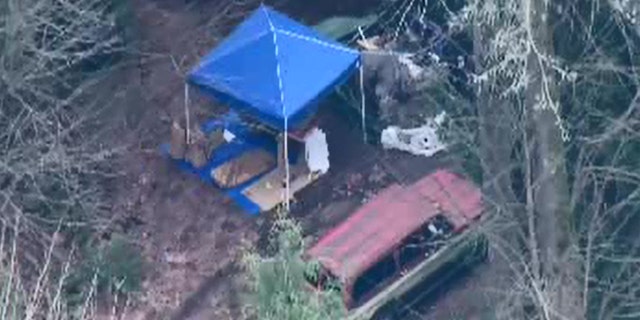 The body of 26-year-old Katherine Cunningham was found beheaded near a survivalist bunker in Washington in 2018.
(KOMO-TV via NNS)

Inside the vehicle, authorities discovered a samurai sword wrapped in a blanket that appeared to match the type of weapon used in the killing. Testing of the sword also found Cunningham's DNA on the blade and Gonzales' DNA on the handle, according to the sheriff's office.

Authorities had been seeking Gonzales since March on a $1 million warrant. He was previously charged with 5 counts of unlawful possession of a firearm and one count of motor vehicle theft.

The sheriff's office thanked the various agencies and tips from the public that helped with the investigation, and officials thanked the victim's family.

"We would also like to thank Katherine’s family for their patience and their tireless efforts to keep Katherine in the public’s thoughts," officials said.