A man is in police custody after video shows him allegedly using his one-year-old child as a shield during a recent incident involving law enforcement in Flagler County, Florida.

According to arrest records, Brandon Matthew Douglas Leohner, 27, was arrested on September 27 on multiple charges, including resisting an officer during an arrest, aggravated assault, child neglect, kidnapping, and using a child as a human shield.

Shocking video of the incident released by law enforcement shows Leohner holding the baby in front of his chest as deputies with the Flagler County Sheriff’s Office approached him.

According to a release, the incident began around 6 pm when they received a call about a possible child abduction involving a one-year-old.

The Flagler County Sheriff’s Office initially responded to a call describing how Leohner took the child while armed with a handgun, and then drove away with the youngster in his lap. 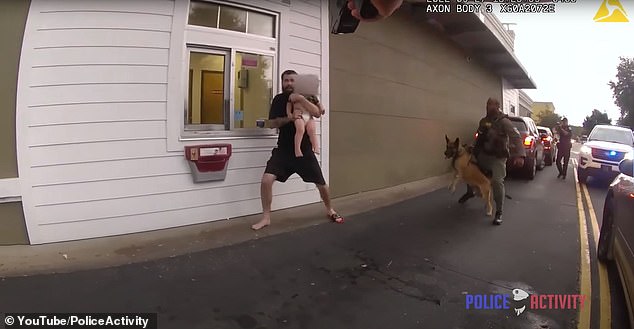 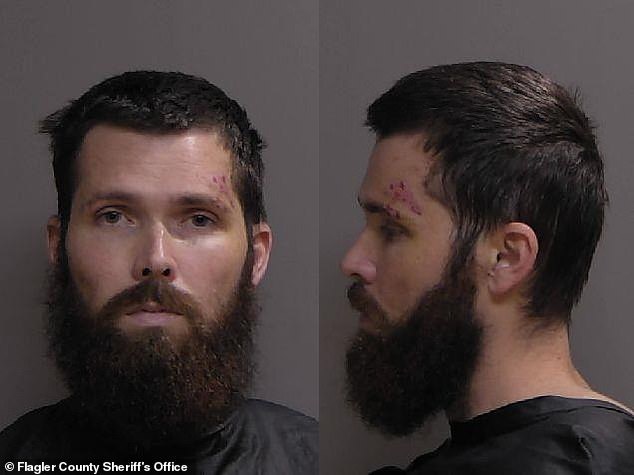 The man has been charged with reckless driving, child abduction, and other counts related to the incident

Officials attempted to stop the man but he sped off from the scene, according to the Flagler County Sheriff’s Office.

The 27-year-old eventually pulled into a McDonald’s parking lot and jumped out of his car with the one-year-old in his hands.

Bodycam footage shows Leohner holding the child close to his chest just outside the drive-thru window as at least three deputies approach him. 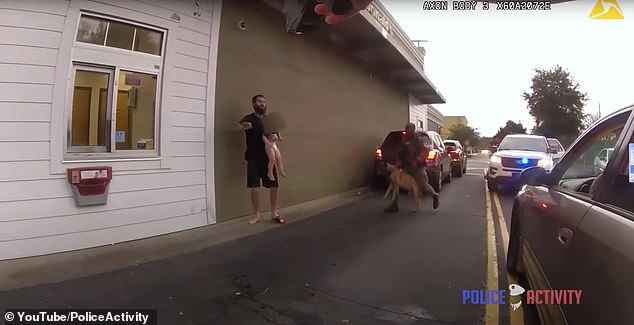 Leohner is accused of kidnapping his son from his mother’s home and driving recklessly, holding the child on his lap as he sped through traffic and evaded arrest

One of the deputies seen in the footage is holding onto a K-9 officer.

Law enforcement officials can be heard repeatedly telling Leohner to place the child on the ground, which he does not do.

‘Put the baby down, put the kid down,’ yells one deputy. 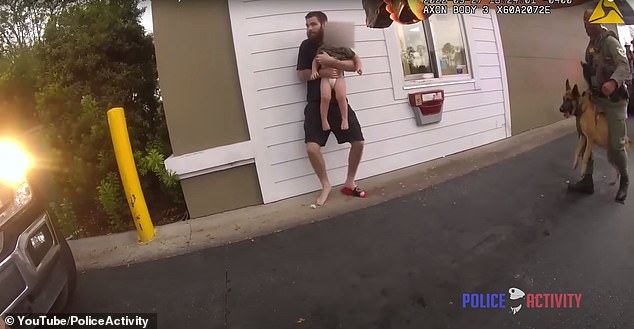 Just seconds before being tasered, Leohner held his innocent one-year-old close to his chest

As one deputy yells ‘get on the ground now,’ the deputy whose body-cam footage was released can be seen pulling out his taser and pointing it at the man.

The child, dressed only in a diaper and a top, is held onto with one arm feet from the ground. Leohner continues to hold him in front of his chest and head to protect himself from deputies.

The deputy wearing the body cam footage successfully sets off his taser at the man, bringing him to the ground mere inches in front of a car in the drive-thru line.

Deputies quickly rush in to take the child from Leohner’s arms as the baby cries out ‘dada.’ 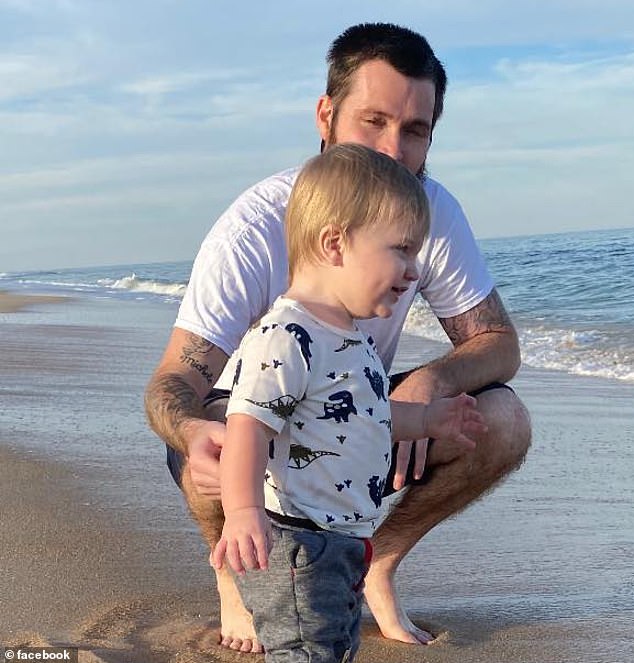 The man somehow evades deputies and is able to run away before he is eventually tackled to the ground while still inside the McDonald’s parking lot.

Video of the arrest ends with a K-9 biting the man as he screams out for them to stop.

Deputies return his request by telling him to stop resisting arrest.

‘Our deputies did everything they could to quickly rescue this child safely from a madman and apprehend the suspect. Fortunately, the child was not hurt and was quickly reunited with his mother,’ said Flagler County Sheriff Rick Staly. 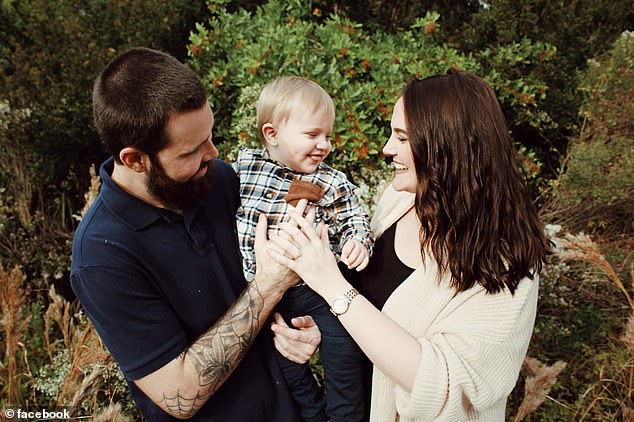 The one-year-old was safely reunited with his mother and was not harmed, officials said

‘Here is a case of a domestic situation turning violent, putting a one-year-old child and innocent drivers in danger. Deputies were confronted with a very chaotic situation and a very combative individual that was putting his child at risk by using the child as a shield.’

The 27-year-old was taken to a nearby hospital for his injuries and was later transported to the Sheriff Perry Hall Inmate Detention Facility.