Manafort made the trip mainly to see if he could broker a deal under which China would invest in Ecuador's power system, possibly yielding a fat commission for Manafort. 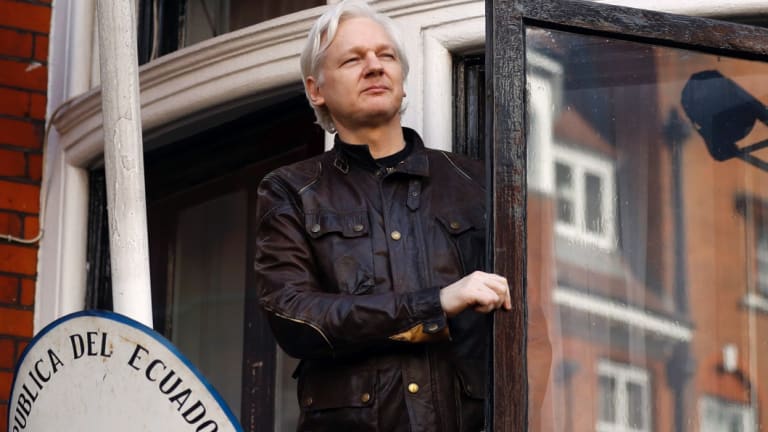 WikiLeaks founder Julian Assange has been holed up in the Ecuadorean Embassy for six years.Credit:AP

Within a couple of days of Manafort's final meeting in Quito, Robert Mueller was appointed as the special counsel to investigate Russian interference in the 2016 election and related matters, and it quickly became clear that Manafort was a primary target. His talks with Ecuador ended without any deals.

There is no evidence that Manafort was working with – or even briefing – President Donald Trump or other administration officials on his discussions with the Ecuadoreans about Assange.

Nor is there any evidence that his brief involvement in the talks was motivated by concerns about the role that Assange and WikiLeaks played in facilitating the Russian effort to help Trump in the 2016 presidential election, or the investigation into possible coordination between Assange and Trump's associates, which has become a focus for Mueller's team.

Manafort and WikiLeaks have both denied a recent report in The Guardian that Manafort visited Assange at the Ecuadorean Embassy in London in 2013, 2015 and 2016. 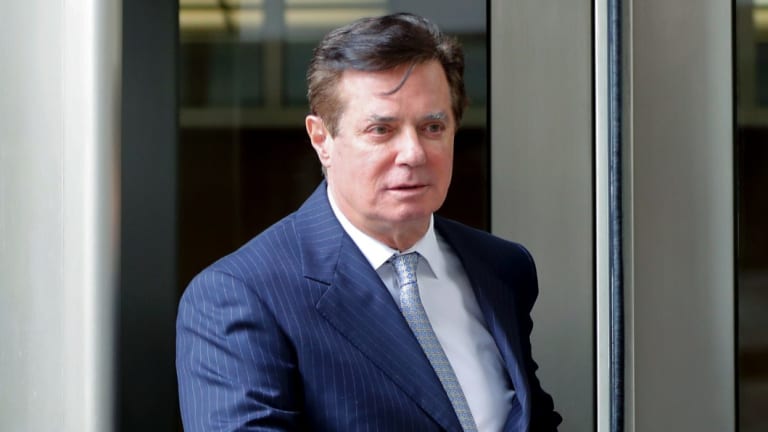 In at least two meetings with Ecuador’s President, Paul Manafort discussed handing Assange over to the US in exchange for concessions like debt relief.Credit:AP

But the revelations about Manafort's discussions in 2017 about Assange in Quito underscore again how his self-styled role as an international influence broker intersected with the questions surrounding the Trump campaign.

And the episode shows how after Trump's election, Manafort sought to cash in on his brief tenure as Trump's campaign chairman even as investigators were closing in.

The Ecuadoreans continued to explore the possibility of Chinese investment, but with the US Justice Department and intelligence agencies stepping up their pursuit of Assange and WikiLeaks, Moreno's team increasingly looked to resolve their Assange problem by turning to Russia.

In the months after Moreno took office, the Ecuadorean government granted citizenship to Assange and secretly pursued a plan to provide him a diplomatic post in Russia as a way to free him from confinement in the embassy in London. (That plan was ultimately dropped in the face of opposition from British authorities, who have said they will arrest Assange if he leaves the embassy.)

Jason Maloni, a spokesman for Manafort, said that it was Moreno – not Manafort – who broached the issue of Assange and "his desire to remove Julian Assange from Ecuador's embassy". Manafort "listened but made no promises as this was ancillary to the purpose of the meeting," said Maloni, adding "There was no mention of Russia at the meeting."

Late last year, Mueller's team charged Manafort with a host of lobbying, money laundering and tax violations in connection with his consulting work for Russia-aligned interests in Ukraine before the 2016 election. Manafort was convicted of some of the crimes and pleaded guilty to others as part of an agreement to cooperate with prosecutors. But prosecutors said last week that he violated the deal by repeatedly lying to them.

Manafort remains in solitary confinement in a federal detention centre in Alexandria, Virginia, waiting for a judge to set a sentencing date. 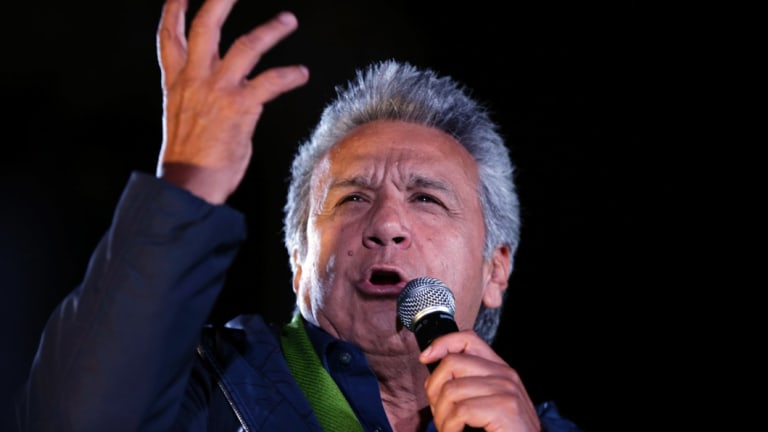 Ecuadorean President Lenin Moreno has looked for ways to remove Julian Assange from the London embassy.Credit:AP

All along, Manafort and his allies have maintained that his foreign consulting work was aligned with US interests, though his clients and their initiatives often provoked Washington's ire.

The trip to Ecuador was part of a whirlwind world tour that represented the last gasps of Manafort's once lucrative career.

In those final months, Manafort pitched officials from a range of governments facing a variety of challenges, from Puerto Rico to Ecuador to Iraqi Kurdistan to the United Arab Emirates. Manafort, who served on the board of the Overseas Private Investment Corp in the Reagan administration, presented himself as a liaison to the new Trump administration and, in some cases, as a broker for arranging investments from a fund associated with the state-owned China Development Bank.

In Quito, he told Moreno's team that he could arrange a major cash infusion from the Chinese fund in the Ecuadorean electric utility, and could ease any potential concerns from the Trump administration about such an investment,according to people involved in arranging the meetings.

The week after the Quito trip, Manafort travelled to Hong Kong to meet with representatives from the China Development Bank's fund to discuss the possible investment in Ecuador, as well as a proposal being pushed by Manafort to buy Puerto Rico's bond debt, possibly in exchange for ownership of the island's electric utility.

In both cases, Manafort assured the Chinese, he could win support from Washington, despite Trump's oft-expressed qualms about China.

Brokering a deal to bring Assange to the United States could have been even more complicated. Not only had Assange not been charged at the time of Manafort's trip, but Assange's work was – and remains – a particularly fraught matter for Trump and his team.

Trump and his allies had cheered on WikiLeaks during the campaign, when it released troves of embarrassing internal emails and documents stolen from the Democratic National Committee and Hillary Clinton's campaign chairman. Since then, though, the US intelligence agencies and Mueller's team have made the case that the documents were stolen by Russian government agents, 12 of whom were charged by Mueller.

Assange had been pursued by Swedish prosecutors on a rape accusation from 2010. The Ecuadorean Embassy in London granted him asylum in the summer of 2012. That was under Moreno's predecessor, Rafael Correa, whose political identity was based partly on his antagonism toward the US. Swedish authorities abandoned their attempt to extradite him last year, which invalidated the warrant for his arrest.

During Correa's last day in office, the Ecuadorean government wrote a letter repeating its requests to Britain to accept Assange's asylum status. The letter asserts that US officials had left "no doubt about their intention to persecute Mr Assange with the aim of punishing him for alleged offences."

Moreno had signalled during his campaign that he would like to wash his hands of Assange. And last December, Ecuador began carrying out the plan to move Assange to Russia as a diplomat, which would require him to become an Ecuadorean citizen.

In a citizenship interview at the embassy in London, Assange explained that he wanted to become a citizen because "I've been welcomed here for the last five years and I feel practically Ecuadorean," according to a written summary of the meeting.

Within 10 days, Assange was granted citizenship, according to documents released by Paola Vintimilla, an Ecuadorean legislator who opposes Assange's presence in the embassy. But a subsequent effort to grant Assange diplomatic status, and the immunity that would come with it, was rejected by the British government.