Wellington:   The severed head of a 71-year-old man was thrown from an apartment and tossed back up, a witness has told media during a homicide investigation in New Zealand.

Police are investigating the death of a man found dead by officers at an apartment block in the Wellington suburb of Petone on Friday night and on Monday confirmed he had been decapitated. 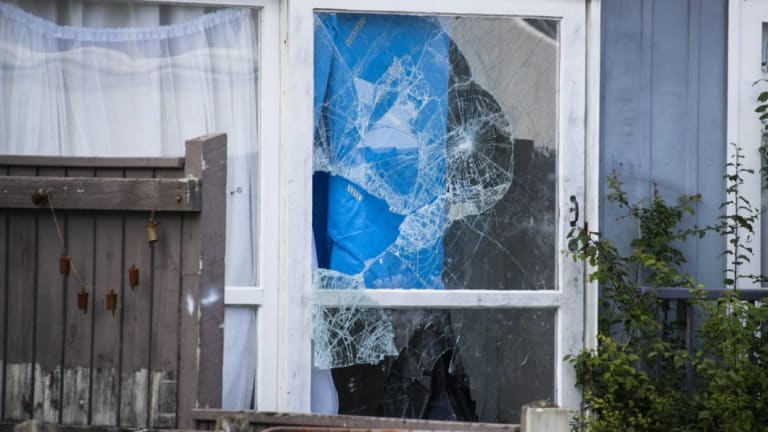 New Zealand police are investigating the death of a 71-year-old man whose head was thrown from this block of units in Petone.Credit:Stuff

A neighbour on Monday told Stuff.co.nz that during a party on the night she saw the man's head thrown off a second-storey balcony in a bloodied, plastic bag, with children witnessing it.

"Everyone screamed out that there was a head," she said.

"It then got chucked back up and people were, like: 'Here's your head back'."

Police did not reply to questions about those specific claims and Detective Inspector Shane Cotter said he would not be commenting on motive, following reports there had been a plan to rob the victim.

He described the death as an "isolated incident".

Police said a post-mortem had been carried out and the man's name would be publicly released this week. An examination of the scene at Jackson Street Flats was still continuing on Monday afternoon and expected to last several more days.

Officers arrested a 41-year-old man for an unrelated matter during their investigation over the weekend. He has been charged with wilful damage and drug possession.