TIJUANA, Mexico (Reuters) – Thousands of Central American migrants spent weeks traveling north through Mexico in caravans, walking and hitching rides when possible, only for many to give up hope and turn back when they met resistance at the U.S. border. 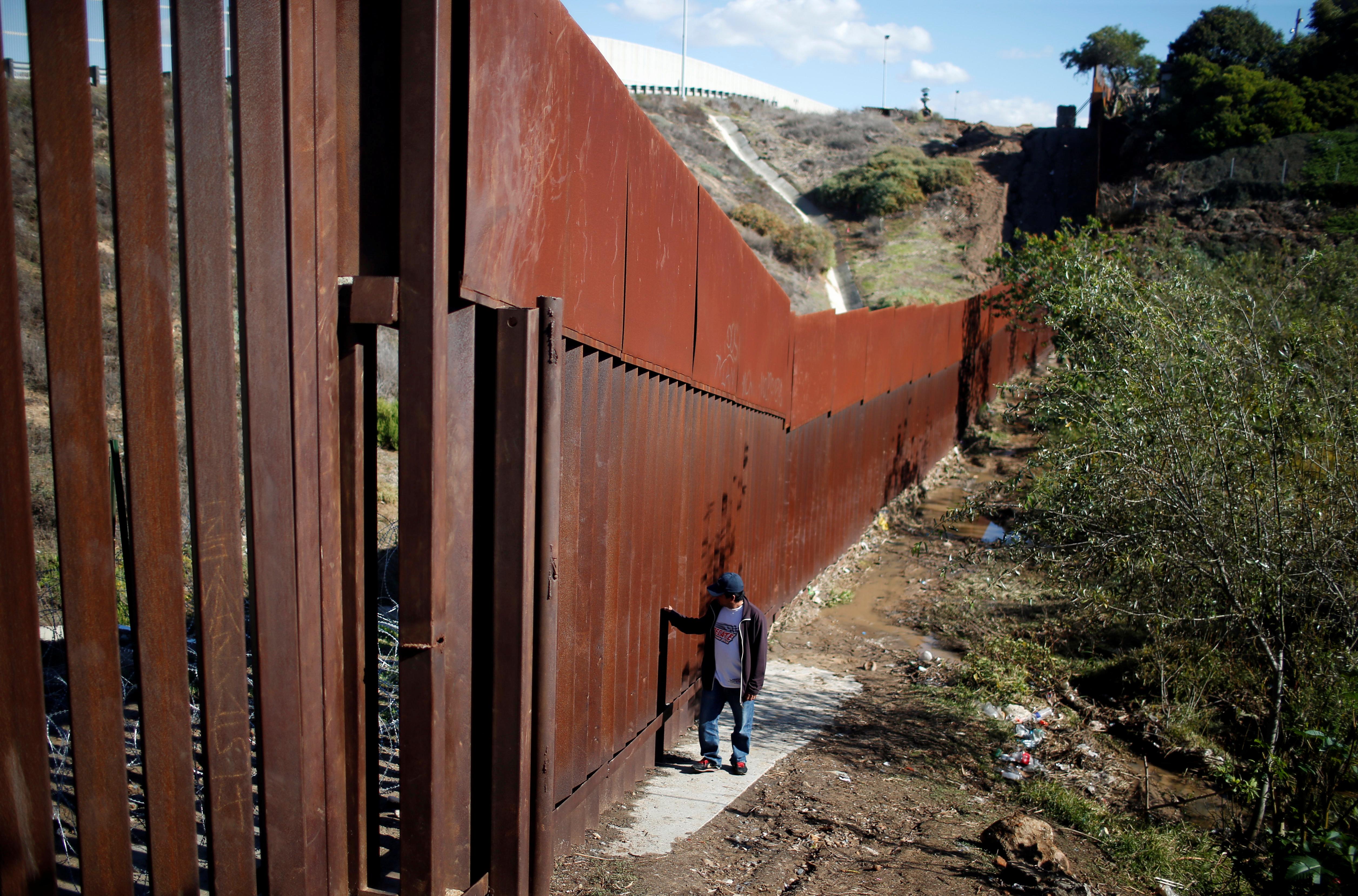 Others hopped the border fence, often directly into the hands of immigration authorities on the U.S. side, while still others dug in at temporary lodgings in Tijuana for the long process of seeking asylum from a reluctant U.S. government.

As rain poured down on a former music venue in Tijuana that holds a diminished crowd of 2,500 migrants, Jessica, 18, grabbed her feverish 1-year-old daughter and took her inside to a friend while she figured out what to do with her broken tent.

Jessica had traveled from El Salvador, and said she and her husband were waiting in the Barretal camp for the right moment to try to cross the border illegally.

“Getting asylum is really difficult,” she said. “They ask you for a lot of evidence and it’s impossible. It’s not like they say it is.”

Other migrants face the same dilemma. Of 6,000 who arrived in Tijuana in the caravans last month, 1,000 have scrambled over border fences, and most of those were detained, the head of Mexico’s civil protection agency David Leon told local media on Wednesday.

A further 1,000 have accepted voluntary deportation, he said, while others are living on the street outside the municipal sports center where they first arrived, or in smaller shelters. The director of the Barretal camp, Mario Medina, said he expected hundreds more to arrive within days.

U.S. President Donald Trump has sought to make it harder to get asylum, but a federal court last month placed a temporary restraining order on his policy that only permitted asylum claims made at official ports of entry.

Under former President Barack Obama a system dubbed “metering” began, which limits how many can ask for asylum each day in Tijuana. Lawyers say Trump is using the system more aggressively to stem the flow at the port of entry.

A U.S. Customs and Border Protection (CBP) spokeswoman said the agency works with Mexico and charities to manage the flow, but denied that people were being prevented from making asylum claims.

Mexico’s National Immigration Institute, which did not respond to requests for comment, has said in the past it protects migrants rights, while respecting other countries’ immigration policies.

Looking after the large groups of Central Americans is a challenge for Mexico. New President Andres Manuel Lopez Obrador has vowed to issue more work visas and on Friday pledged to do more to improve conditions at the Barretal shelter.

His government is in talks with Washington about an immigration plan, including a U.S. proposal to make asylum seekers stay in Mexico until their claim is decided, a process that can take years. Some believe that would deter people from seeking refuge.

Despite the wait, more people are adding their names to the semi-formal asylum list. Created a couple of years ago around the time an influx of Haitians arrived in Tijuana seeking to enter the United States, it has been challenged in a U.S. lawsuit that claims it deliberately delays asylum seekers.

Migrants put their names in a black-and-white ledger, controlled by around eight migrant volunteers. Those on the list are given a number and must wait months to pass through for an interview. The list contains thousands of names from around the world.

Each day, CBP officials communicate with Mexican immigration officials who then tell the migrants how many can go through, according to volunteers, who spoke on the condition of anonymity. They said between 40 and 100 per day are usually sent.

At the end of each day, Mexican immigration officials guard the ledger. Lawyers have cited multiple problems with this system. For instance, they have said, some people on the list could be Mexicans fleeing the federal government.

Some migrants expressed distrust of the list. Honduran Anabell Pineda, 26, said she thought the process was not for her as she left behind a daughter in Honduras.

Pineda, traveling with her son, said that once she gets her paperwork, she plans find a job in Mexico City.

Pineda has applied for a humanitarian visa that will get her a work permit in Mexico, a better bet than trying to get to the United States, she said. 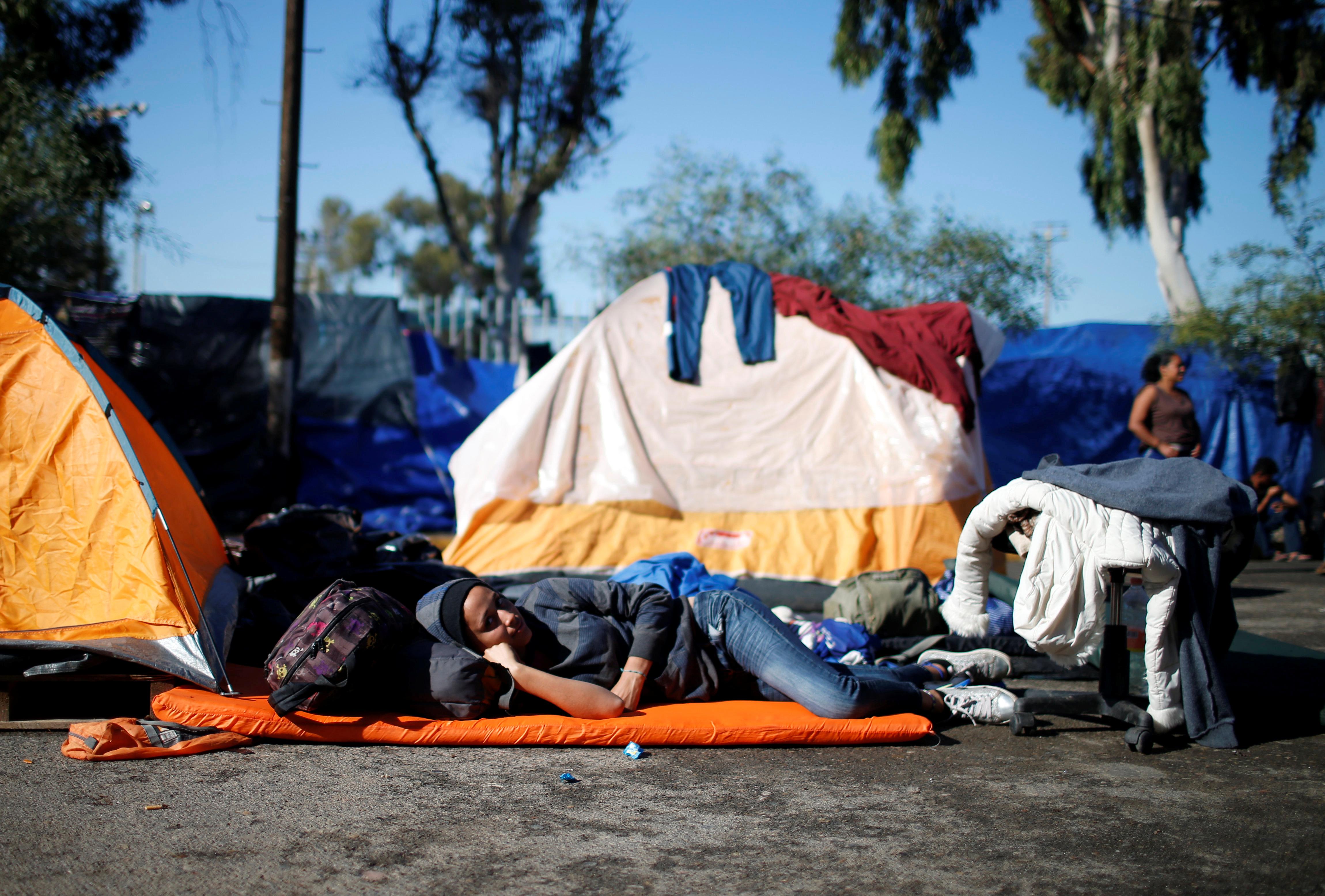 “It’s really difficult to cross, because of what happened last time. I don’t want to put my children in danger,” she said, referring to disturbances in which U.S. officials launched tear gas at migrants last month.

At a jobs fair set up by the federal Labor Ministry, coordinator Nayla Rangel said more than 3,000 migrants, mainly from the caravan, had job interviews.

Rangel said there were more than 10,000 jobs open in the state of Baja California, with salaries around 1500 pesos ($74) per week. For many migrants hoping to send money to families in Central America, that likely would not be enough.