Marathon-running mother-of-two, 39, died due to hospital’s ‘gross failings and neglect’ after doctors missed her ‘snapped’ femur and sent her home with painkillers, coroner rules

A marathon-running mother-of-two died due to a hospital’s ‘gross failings and neglect’, a coroner has ruled.

Doctors missed Sarah-Jayne Roche’s ‘snapped’ femur and sent her home with painkillers after she collapsed after a half-marathon in October last year.

An inquest in Pontypridd, South Wales heard the 39-year-old was sent home from hospital three times with no X-ray – and died during surgery after developing deep vein thrombosis. 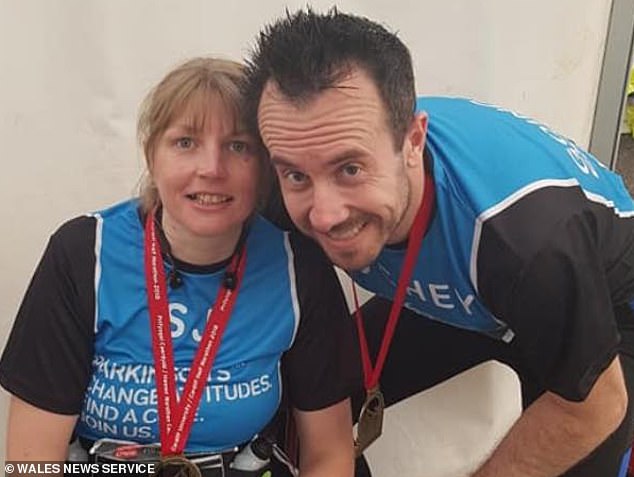 Sarah-Jayne Roche, 39, broke down in extreme pain after running 10k of the race alongside her husband Steven, 41. They are pictured on the day of the run last October 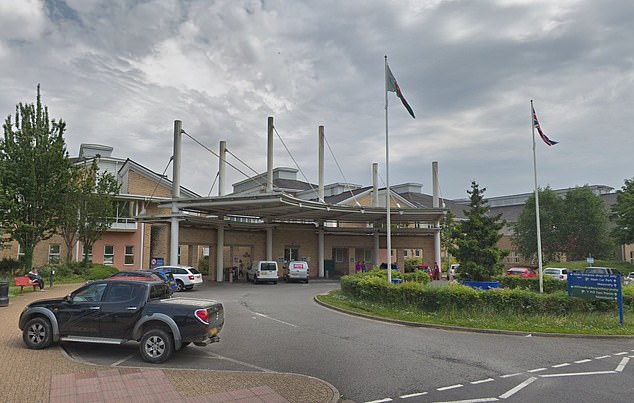 After two visits to A&E at the Royal Glamorgan Hospital in South Wales, an X-ray finally discovered Mrs Roche had fractured her femur

He listed 14 findings in the inquest and found if there had been an x-ray then the operation to fix her leg would have taken place a week earlier.

Speaking today he said: ‘I am satisfied, had she been x-rayed on October 7, 8 or 12, on the balance of probabilities she would have survived and not died on the October 19.’

He added that there was a failure in Mrs Roche’s care when all three hospital appointments were ‘considered cumulatively.’

He said: ‘They do amount to a sufficient level of fault. There were three proximate red flag opportunities to procure an x-ray.’

Coroner Hughes continues that there was a ‘serious underestimation’ of Mrs Roche’s condition and the fact her fracture was rare was ‘irrelevant.’

Recording a narrative conclusion he said: ‘Whilst undergoing surgery to fix a fractured femur at the Royal Glamorgan Hospital on October 19, 2018, Sarah-Jayne Roche developed pulmonary thromboembolism as a consequence of an undetected and undiagnosed deep vein thrombosis. 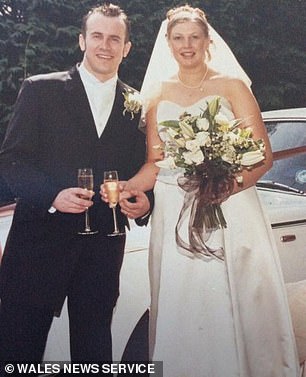 Mr and Mrs Roche pictured on their wedding day

‘She went into cardiac arrest and despite extensive resuscitation attempts died at 7pm that evening.’

He added there was a ‘gross failure on the part of clinicians’ to develop a correct diagnoses – contributing to the development of DVT, pulmonary thromboembolism and her death.

The coroner also said there was ‘conflicting’ evidence from Dr Tim Manfield who saw Mrs Roche on October 12 and her mum Patricia Newman.

Patricia claimed the doctor did not physically examine her daughter’s leg despite being told it was ‘freezing cold.’

Dr Manfield said: ‘That is untrue, I remember feeling the knee, thigh and hamstring and pulling on the lower leg.’

Dr Manfield also told the inquest that he ordered an ultrasound but the paperwork was never found. 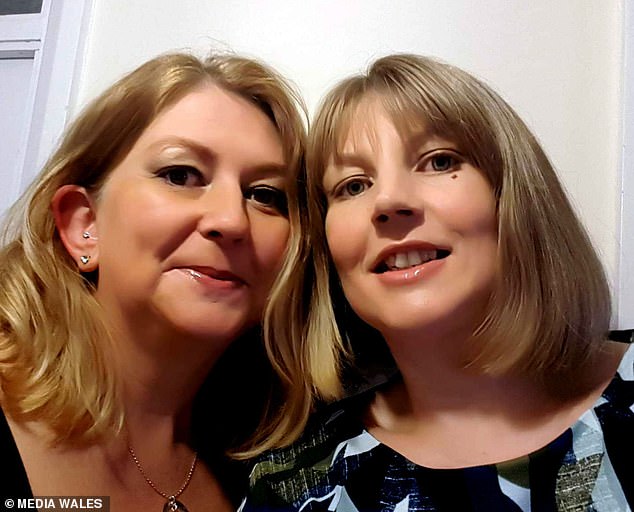 Sarah-Jayne (right) went into cardiac arrest while undergoing surgery, she is pictured above with sister Sally Payter

The inquest heard school worker Sarah-Jayne, of Beddau, near Pontypridd, was running the Cardiff Half marathon as a goal to do before she was 40.

The mother of two sons, aged 12 and eight, was running to raise money for Parkinson’s Disease after her father Alan was diagnosed with the illness.

At the seven-mile point in the race with her husband Steven, 42, she felt ‘a shooting pain up her leg’ and came to a halt.

She visited hospital on three occasions where she was given painkillers and told to apply ice – but was never sent for an x-ray.

The inquest heard she finally went to A&E on October 16 and was admitted when doctors spotted her leg was ‘badly deformed.’

Consultant orthopaedic surgeon Dr Daniel Lewis said it was ‘the most traumatic day of his professional career’ when Sarah-Jayne died during surgery.

The inquest heard her ‘snapped’ femur bone was due to be nailed back together when a blood clot entered her lungs in theatre on October 19.

Her medical cause of death was pulmonary thromboembolism with deep vein thrombosis and a fractured femur.