Married Royal protection officer faces the sack after asking girl, 16, if she was a VIRGIN in ‘lewd’ text after getting her number when visited Buckingham Palace gates with mother and sister

A married police officer guarding the royal family faces the sack after admitting to sending a 16-year-old girl ‘lewd’ messages after taking her number while she was visiting Buckingham Palace.

Royalty and Specialist Protection Police Constable Andrew Daly is accused of taking the girl’s number while he was on duty in May 2016 and sending her ‘disrespectful’ text messages including asking if she was still a virgin.

The officer did not attend his misconduct hearing on Tuesday at the Met’s Empress State Building, but the panel heard he was not disputing the allegations. 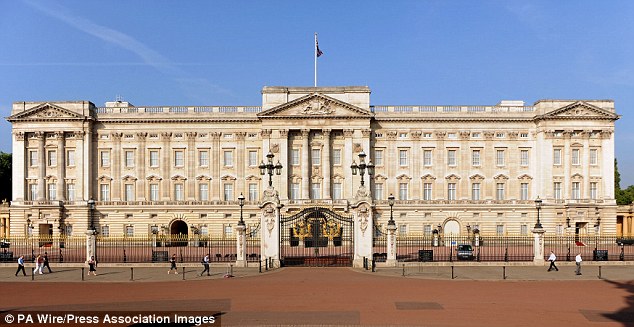 A married police officer guarding the royal family faces the sack after admitting to sending a 16-year-old girl ‘lewd’ messages after taking her number while she was visiting Buckingham Palace (pictured). Andrew Daly is accused of taking the girl’s number while he was on duty in May 2016 and sending her ‘disrespectful’ messages including asking if she was still a virgin

Giving evidence, the woman, who has not been named, said she had been visiting Buckingham Palace with her mother and sister when an armed officer asked for her number.

She said that despite telling Daly she was 16 he said she was not underage and should take his number.

The woman said: ‘It was the Queen’s tea party that we went to see because there was a parade. I felt that people started tapping me. They started pointing back saying the officer wants to speak to me and that’s when I went back.

‘He was one of the armed officers and he was standing by the big gates. I noticed he was a policeman with a gun – I acknowledged that far, I wasn’t really paying attention to him to be honest I was more looking at the band.

‘The officer asked me can I have your number. I asked him how the law was about him talking to someone underage – I was under 18 if there was anything against that.

‘I was close to 17 but I made sure I said I was 16. I clarified that because obviously I didn’t really want to talk to him.

‘He said that’s okay, you’re not underage – I’m guessing he meant because I was over 16 – take my number, if you choose to then message me. I tapped the number in, I gave him a ring.

‘Afterwards it was very strange to me that an armed officer has asked my number, I just walked out of the crowd afterwards and told my mum everything that happened and she wasn’t really happy because obviously he wasn’t in his 20s, 30s whatever.

The woman told the hearing she was originally from Hungary and had lived in the UK for six years.

When asked why she had questioned him about why he wanted her number, the woman told the hearing in west London that she did not think to ‘ask a policeman with a gun why he wanted something’.

The woman, who is now over 18, said he soon began sending her messages including asking if she was a virgin.

She said: ‘I was disgusted, I felt quite violated. I had a random person talking to me and saying if I am a virgin.

Daly did not contest allegations that he breached professional standards by obtaining the woman’s telephone number when he should have been performing his professional duty, giving the impression he wanted to pursue a relationship with her, and sent her disrespectful messages.

Charles Apthorp, counsel for the Met, said girl’s age was an aggravating factor. He added: ‘It’s a serious consideration. But whether the young lady was 16, 17, 18, 19 or 30 doesn’t really matter.

‘A police officer in the position that this officer was in should not be seeking to initiate sexual relations in this manner.

‘We are in a very different place from where it was acceptable for police officers to pick up women outside Buckingham Palace.’

responsibilities, discreditable conduct, honesty and integrity and authority, respect and courtesy, was due to start.