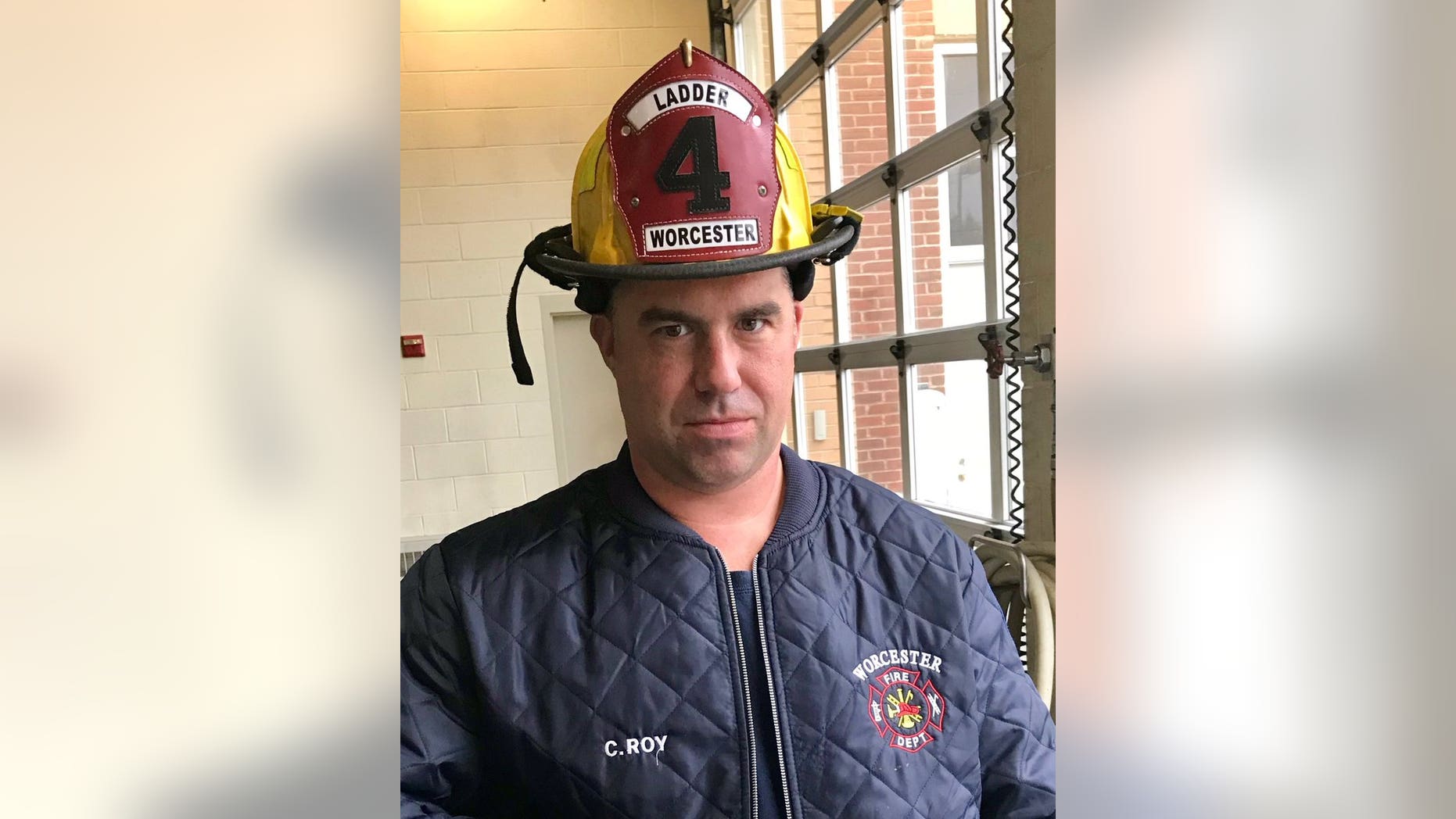 Christopher Roy died after battling a fire that broke out in an apartment building early Sunday morning.
(Worcester Fire Department)

A Massachusetts firefighter died Sunday after he and his colleagues were forced to evacuate an apartment building while battling a massive blaze, officials said.

Firefighters were called to the apartment building in Worcester just before 4 a.m. about a fire in a basement. The flames quickly spread throughout the building and "conditions deteriorated rapidly," prompting five firefighters on the second floor of the building to escape the burning structure by using ladders.

"Fire crews were heroic in their efforts to rescue their colleagues under extreme conditions. Every person on the fire ground gave 110 percent to try to rescue the firefighters who were in danger," Worcester Fire Chief Michael Lavoie said in a news conference.

Roy had been with the fire department for 2 1/2 years prior to his death. He leaves behind an 8-year-old daughter.

The other firefighter who was taken to the hospital is in stable condition, Lavoie said.

It’s unclear how the blaze started and authorities are investigating the deadly incident. The three-story building had six apartments. About a dozen residents were displaced from the fire, the Red Cross said.

Worcester has a history of deadly fires. Last week, the town remembered the 19th anniversary of the fire at Worcester cold Storage and Warehouse Company building that killed six firefighters.

The town also remembered firefighter Jon Davies, who died on Dec. 8, 2011, when the second floor of a burning building collapsed on him.