More than 200 damaging storms were reported on Wednesday, with most of those in the Midwest or along the Interstate 95 corridor. 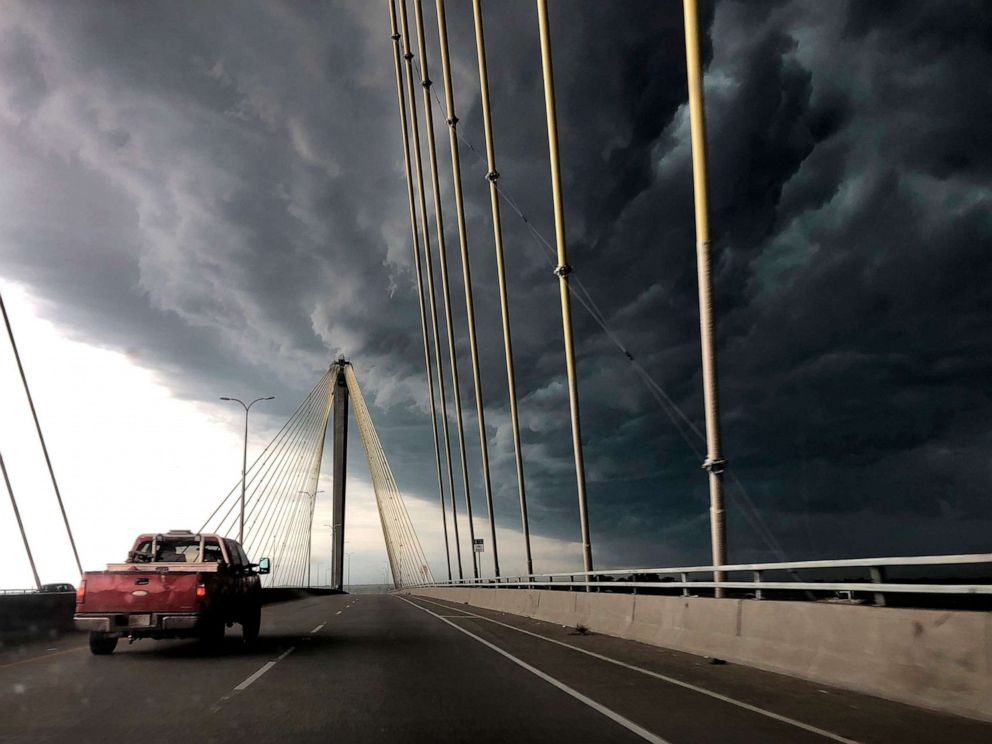 In Connecticut, lightning struck a tree, knocking a branch onto a car and killing a 21-year-old man inside. Six tornadoes were reported across Minnesota, Wyoming and Nebraska, while flash flooding was seen from South Dakota all the way into New York City.

The Upper Midwest could see severe storms on Thursday that include damaging winds, large hail and a few tornadoes. 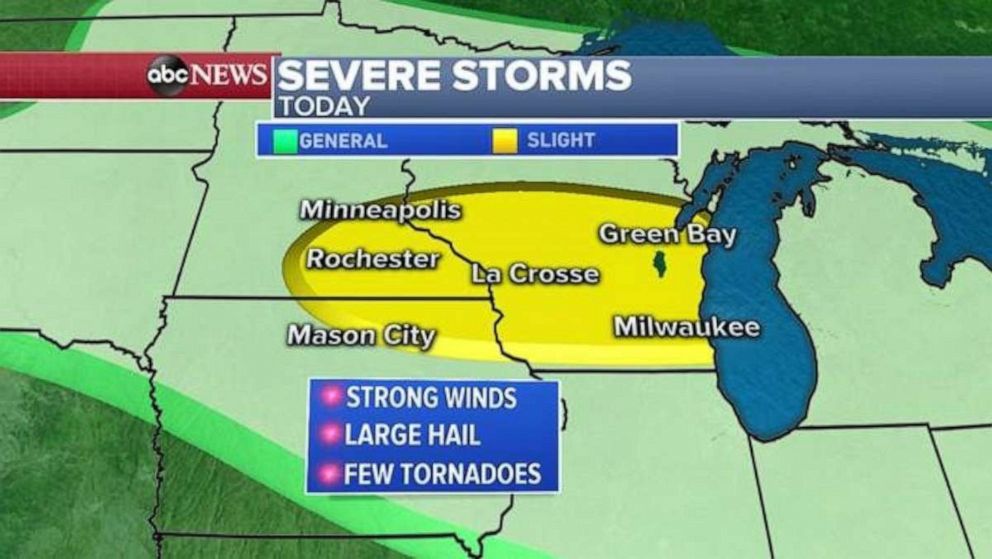 More than 30 states, from New Mexico to New Hampshire, are under heat alerts Thursday morning, with the heat index in some parts of the Plains reaching 112. 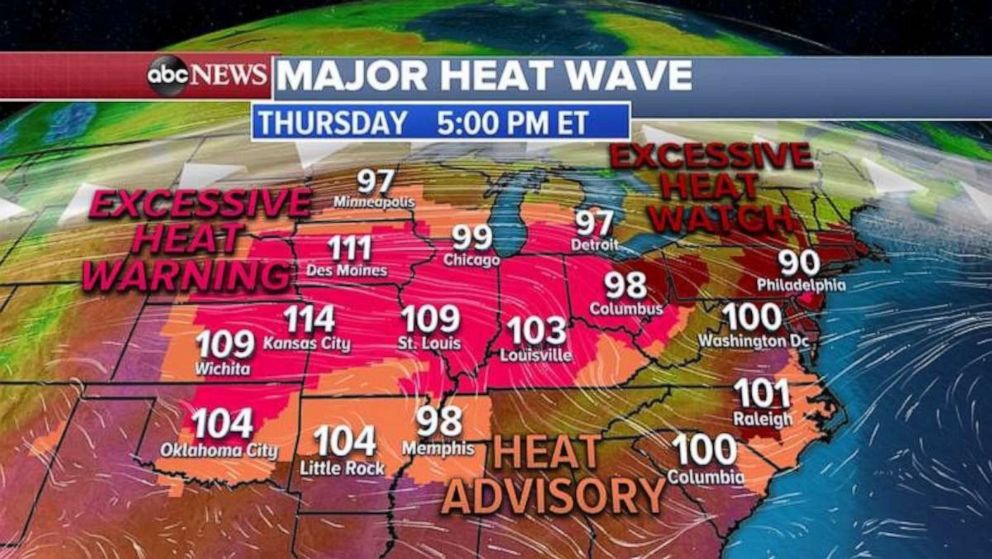 The core of the hottest air is expected to spread from the Plains into Chicago and Detroit, where it should feel like more than 110 degrees. 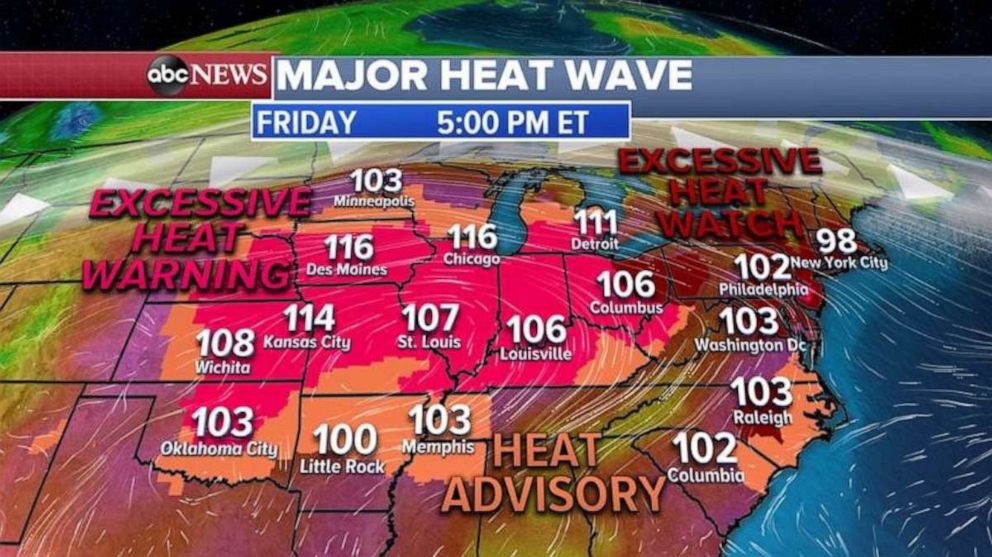 By Saturday, the highest heat indices will hit the Northeast, where Philadelphia and New York City will feel about 110.

More heat is expected on Sunday as well. 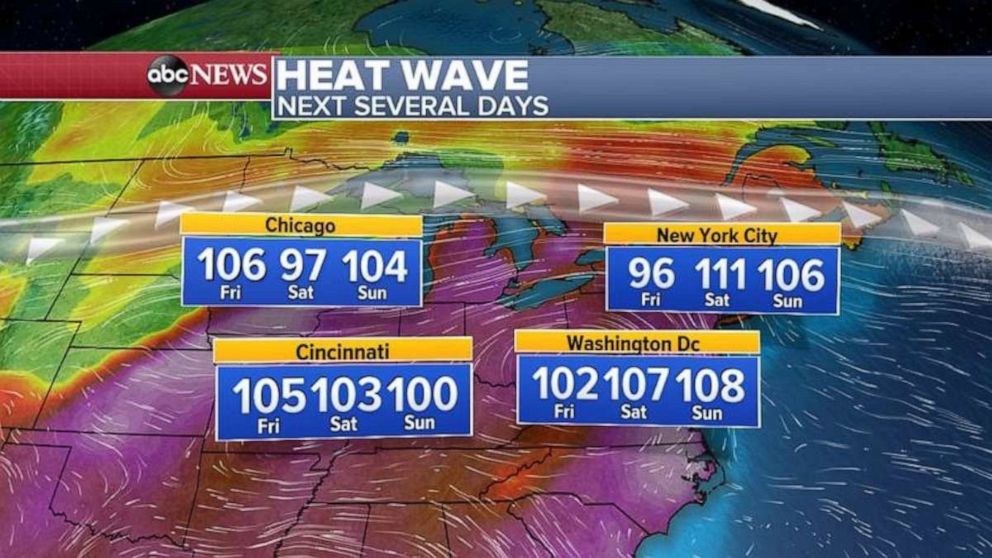