MATT Hancock will hold a 5pm press conference tonight with the Government on course to hit its target to vaccinate the most vulnerable groups ahead of schedule.

The Health Secretary will update the nation from Downing St after the UK topped more than 12 million doses delivered, with the NHS now jabbing a thousand people every minute. 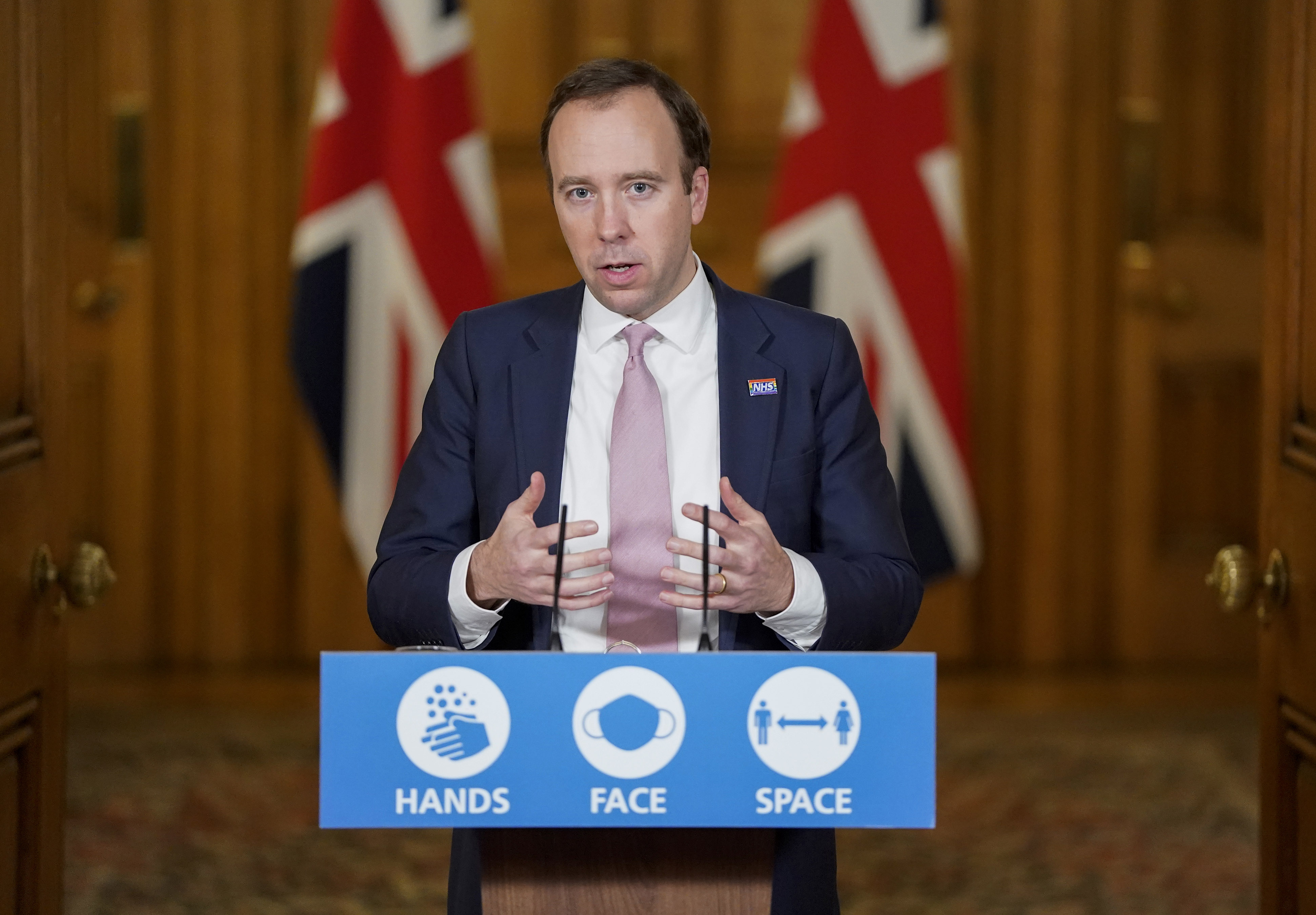 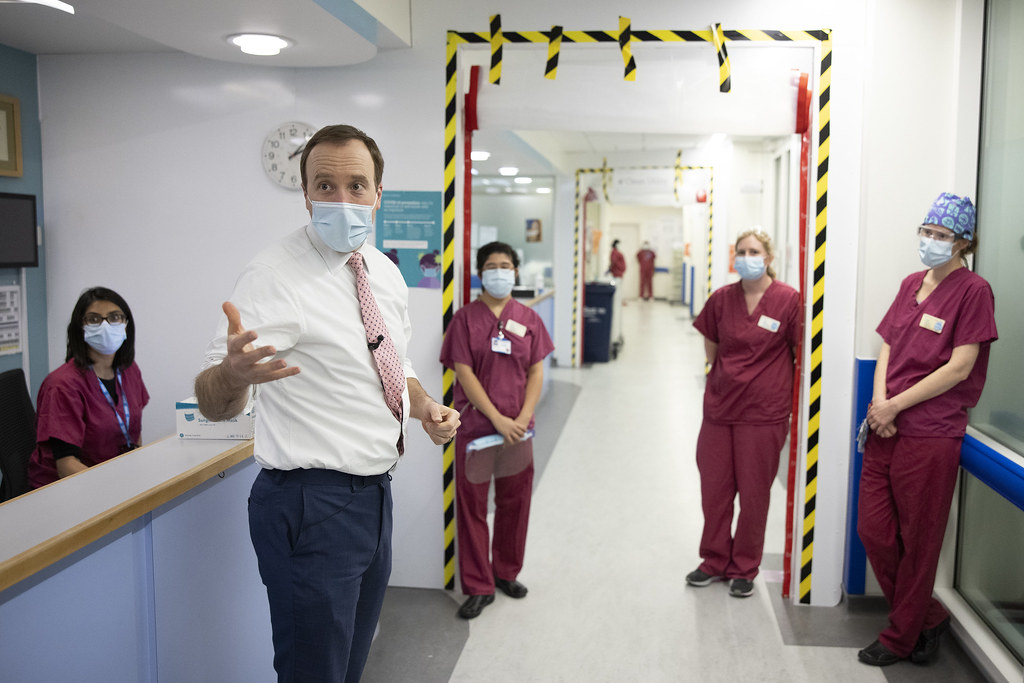 The rapid pace of rollout means the aim of vaccinating the top four priority groups, including all over 70s, is set to be achieved three days ahead of the February 15 target, according to analysis by the Spectator.

But Mr Hancock will face a grilling over delays to Britain's new hotel quarantine scheme, after ministers were unable to say whether they have even signed any contracts for rooms yet.

And he will also look to reassure the public about the efficacy of the AstraZeneca vaccine after study found it only offers “minimal” protection against mild and moderate illness caused by the South African strain.

Mr Hancock will hail a new Government contract for 20 million British-made Covid tests that will be vital to the bid to unlock the economy.

The lateral flow tests, made by Derby-based SureScreen Diagnostics, produce a result in under 30 minutes and can be rolled out at work places and schools.

It comes after a scientist with the Sage advisory group today warned lockdown could last longer if the mutant variant, which is more resistant to jabs, spreads throughout Britain.

Dr Mike Tildesley said "it's very possible" the variant is already widespread in the UK, as it was confirmed 147 cases have now been detected in the country.

He said: "The fact we're starting to see cases in the hundreds, albeit in the low hundreds, means that unless we've really got on top of this quickly, I would expect we could see quite a few more cases coming over the next few weeks and possibly quite a little bit more widespread, so it's a real concern."

South Africa has temporarily halted the rollout of the AZ vaccine there, and is prioritising other jabs that are more effective against the strain.

But scientists and ministers have said the AstraZeneca dose is still likely to prevent serious illness and death in patients with the South African variant.

They also stressed the vaccine has been shown to be highly effective against all the strains currently prevalent in the UK.

But health minister Edward Argar revealed it's likely many Brits will need a new booster jab in the Autumn, and said drugs companies are working overtime to tweak their vaccines to tackle new variants as they emerge.

He said: "What we would all expect is every year we have our flu booster jabs, or our flu jabs, it would not be unreasonable to suggest something similar here." 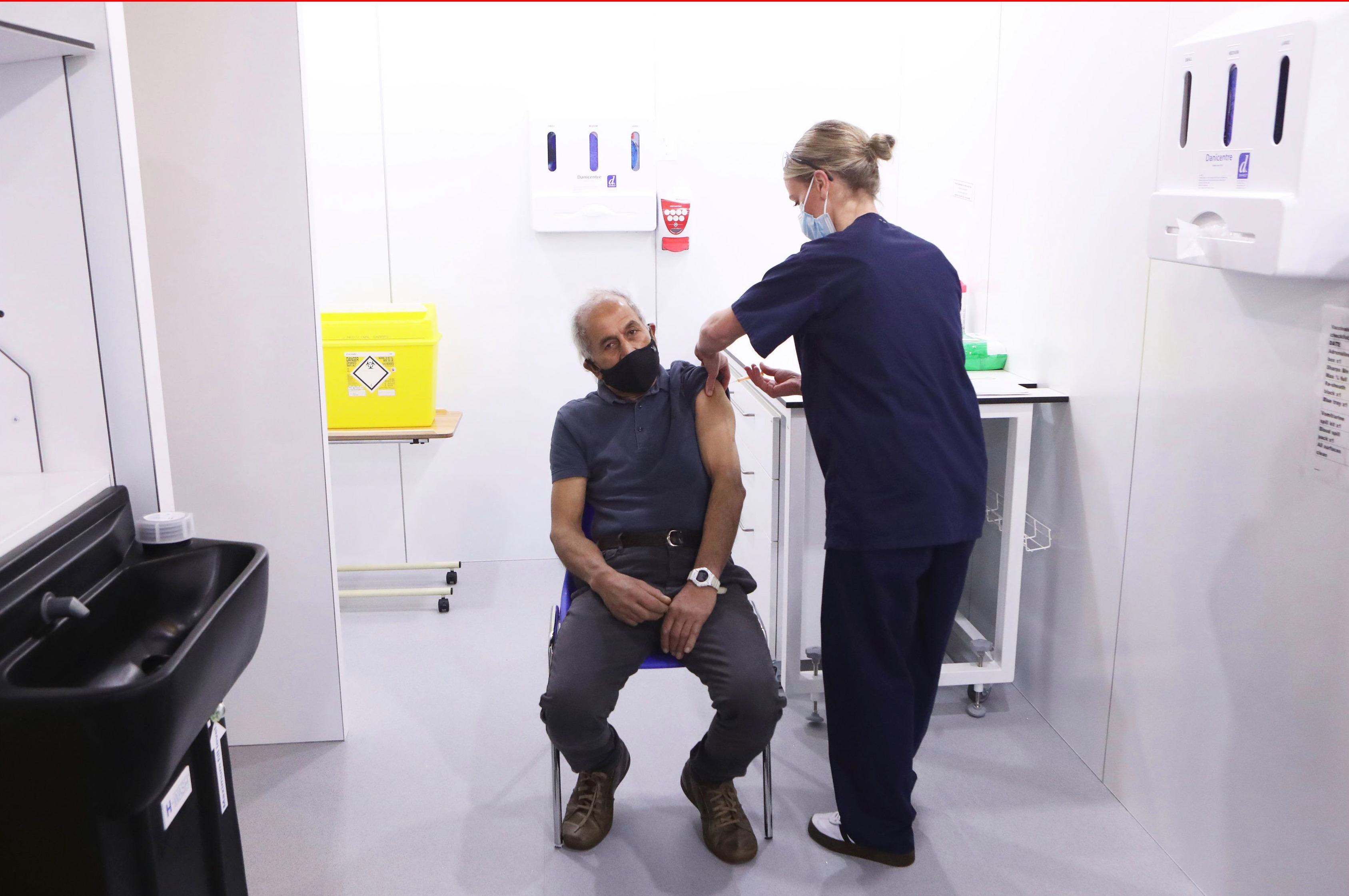 And he said the virus "will always try to outwit us", adding: "We've just got to make sure we get ahead of the game and we outwit it."

But the health minister, who is Mr Hancock's deputy, got into hot water when he was blasted by Piers Morgan for failing to to say whether the Government has signed any hotel quarantine deals.

The Good Morning Britain host got into a fiery row with him over the new quarantine regime which is due to start in just a week's time.

Anyone coming in from at least 30 'red list' countries must isolate for 10 days inside their hotel – and they can only be released with two negative tests.

It's designed to stop the more transmissible mutant variants of Covid from grabbing hold in Britain and spreading like wildfire.

Today Piers gave the minister a fierce dressing down for failing to know the answers to his question – which he posed a staggering eight times.

Piers snapped: "Why are you letting people in when you haven't got quarantine established yet?"

Mr Argar replied that there is quarantine established for everyone coming into the country – but Piers insisted that "we know most people aren't doing that."

Ministers first announced the quarantine policy for hotels weeks ago, but it won't come into effect until Feb 15 – leaving fears thousands will come to the country by then who could be carrying new strains.

Under the new regime, people will be met at the airport and transported directly into quarantine.

Separately, Mr Argar warned bosses they mustn't try and use health and safety laws to force their employees to get a vaccine.

The health minister insisted jabs have to remain voluntary and there are other ways firms can make their offices secure from the virus.

He was commenting on reports that companies could use existing Health and Safety laws to try and force their staff to get vaccinated.