LONDON/BRUSSELS (Reuters) – Britain’s weakened Prime Minister Theresa May arrived in Brussels on Thursday to lobby European leaders for help after she survived a parliamentary mutiny that highlighted the deadlock over Brexit.

“We need to get this deal over the line,” she told reporters on arrival for two days of summitry, adding that she had “heard loud and clear” the concerns of party rebels who tried to unseat her over the Brexit deal she agreed with leaders last month.

“I don’t expect an immediate breakthrough,” May said, but she would be telling other leaders of the “legal and political assurances” her party skeptics needed, especially over the risk of the so-called Irish border “backstop” becoming permanent.

EU leaders have ruled out any re-negotiation of last month’s package intended to ease Britain out of the bloc in March but Luxembourg Prime Minister Xavier Bettel, warmly embracing May on the summit doorstep, said: “I really want to help her.”

Nonetheless, pressed on whether the EU would let Britain crash out chaotically without a deal, Bettel said there was no way renegotiate and insisted: “Brexit was the choice of the UK.”

He added that rather than a no-deal chaos, however, he would rather Britons vote again to reverse the 2016 Brexit referendum.

May won the backing of 200 Conservative Party members of parliament versus 117 against, in a secret ballot that deepened divisions just weeks before parliament needs to approve a deal to prevent a disorderly exit from the European Union.

In Britain’s biggest decision for decades, Brexit has split the nation and will shape the future of its $2.8 trillion economy including London’s status as a global financial hub.

European leaders look unlikely to offer immediate support. A draft EU statement said they were merely “ready to examine” whether further assurance can be given.

The six-point EU document said any assurances would not “change or contradict” the legally-binding withdrawal agreement struck last month after two years of negotiations.

Earlier this week, May pulled a parliamentary vote on her deal, designed to maintain close future ties with the bloc, after admitting it would be heavily defeated in the House of Commons. She has pledged a new vote before January 21 but faces a tall order to convince skeptical lawmakers.

No vote on the Brexit package was included in a schedule of parliamentary business for the coming week before Christmas.

With Britain due to leave the EU on March 29, prospects now include a potentially disorderly exit with no deal agreed, or even another referendum. 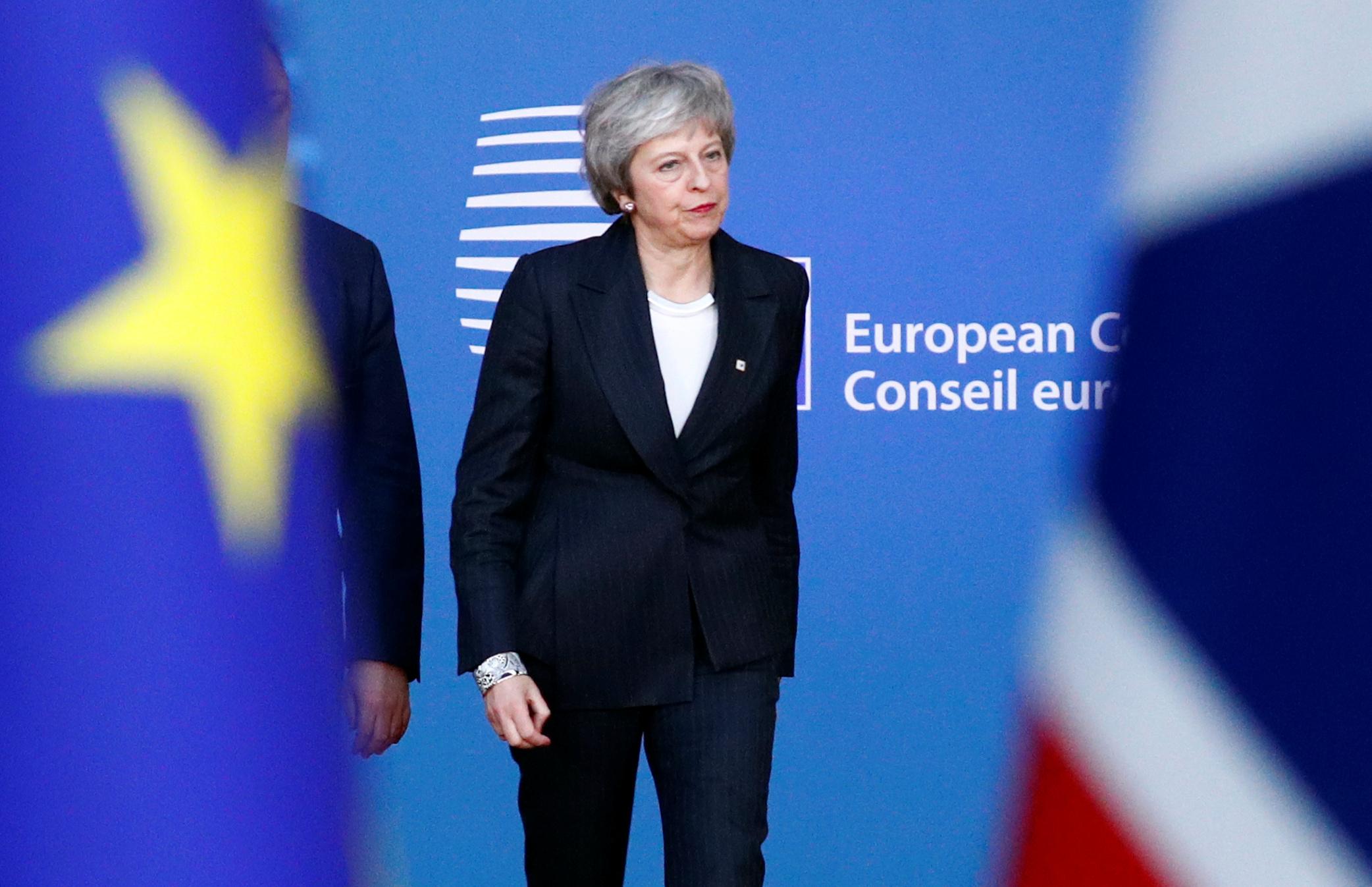 May, who met Irish Prime Minister Leo Varadkar in Brussels, wants legal assurances that the Irish backstop would not remain in place indefinitely. The backstop is an emergency fix to prevent extensive border checks on the island of Ireland and is the most contentious element of the deal.

May, a 62-year-old former Bank of England employee and daughter of a Church of England vicar, voted to remain in the EU at a 2016 referendum, but has pledged to implement Brexit in line with the people’s will after that narrow vote to leave.

The EU’s draft statement, seen by Reuters, reiterated that the bloc prefers a new deal to ever triggering the Irish backstop and that it would try to swiftly conclude such an accord even if the emergency border fix kicks in.

EU states were not in agreement on the text on Thursday morning, however, and diplomats in Brussels expect it to change. They suggested the bloc may be readying more solid assurances for May in January.

May, who said on Wednesday she would not be standing in the next election due for 2022, has to secure some improvement on her deal if she is to have any hope of parliamentary approval.

The confidence vote against her has highlighted historic divisions over Europe within the Conservative Party that contributed to the downfall of May’s three predecessors: David Cameron, John Major and Margaret Thatcher. 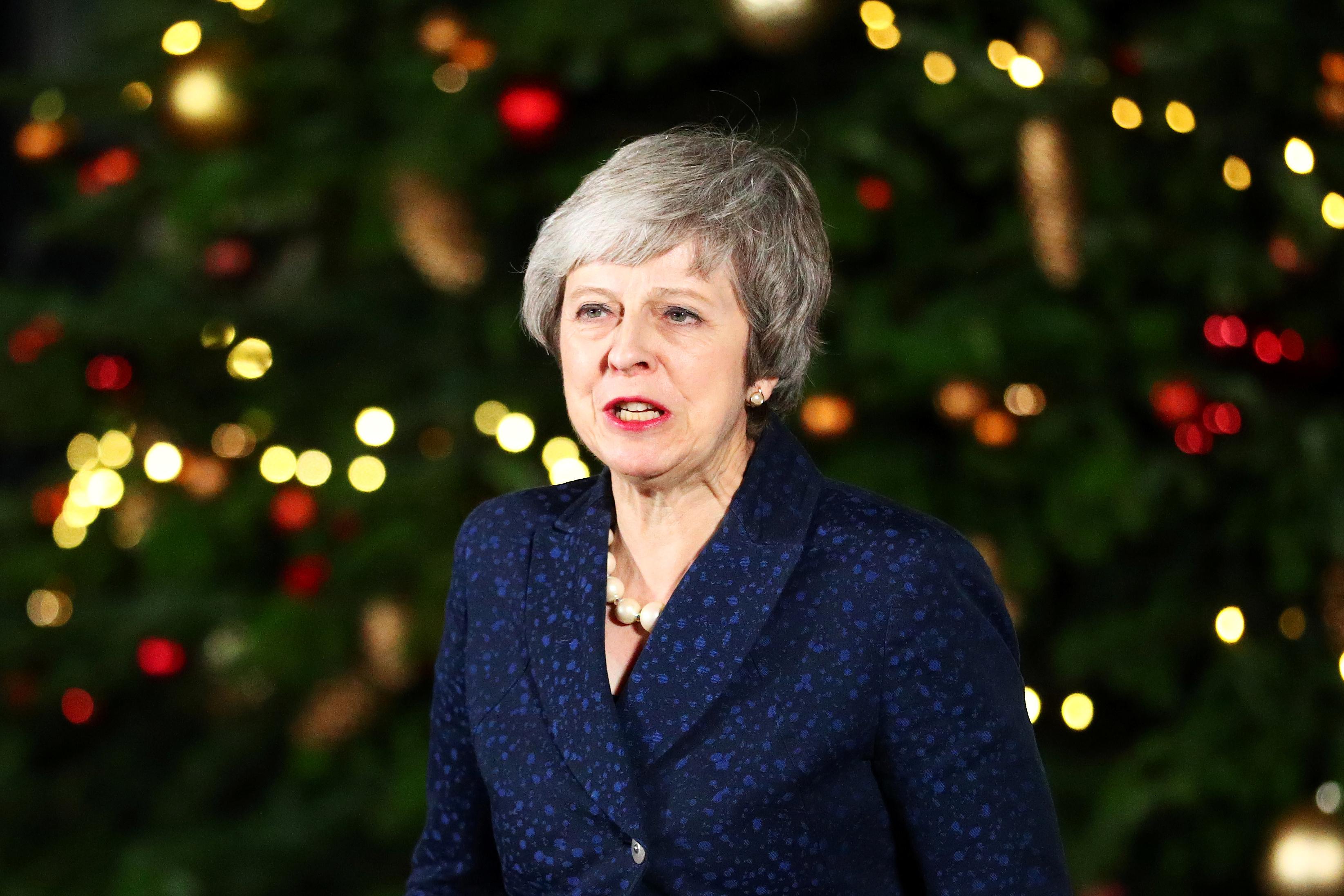 National newspapers said “lame duck” May had been given a “stay of execution” after she “scraped through”.

The Northern Irish party that props up her government – and strongly opposes her withdrawal deal – said the fundamental arithmetic in parliament was unchanged despite the confidence vote victory, and the backstop must go.

Euroskeptics who see the proposed deal as a betrayal of the 2016 referendum went further. Loyalists, however, said the party needed to get behind May and offer some certainty to businesses over future ties with the world’s biggest trading bloc.