Merry Christmas, now get Brexit done! MPs are in line for bumper 3.1 per cent pay rise taking their salaries to nearly £82,000 after election battle

MPs have been handed an early Christmas present after it emerged they are in line for a bumper 3.1 per cent pay rise.

The increase – which is well above the 1.5 per cent rate of CPI inflation – comes after Boris Johnson hailed the new crop of MPs as a ‘vast improvement’.

After putting Labour to the sword in a dramatic election by winning a slew of working-class strongholds, the PM insisted Parliament is now ready to ‘get Brexit done’.

Responsibility for setting MP pay was handed to the Independent Parliamentary Standards Authority (Ipsa) after the expenses scandal in an effort to defuse controversy.

Increases are now based on the annual change in average weekly earnings across the public sector in October – which the Office of National Statistics (ONS) calculated this week as 3.1 per cent. 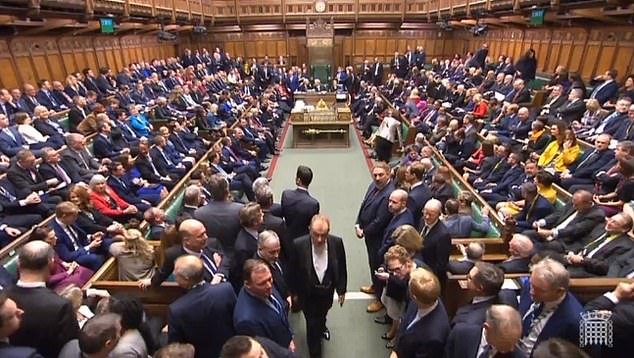 MPs (pictured in the Commons yesterday) have been handed an early Christmas present after it emerged they are in line for a bumper 3.1 per cent pay rise

However, the measure has been criticised as it includes promotions and bonuses. As a result the boost for MPs has been consistently higher than the 1 per cent level imposed on other public sector workers in recent years.

Mr Johnson has pledged to ease the tough restrictions on the public sector after drawing a line under the austerity programme that followed the credit crunch.

The ministerial element of pay for members of the government was frozen for the last Parliament.

However, it is unclear whether the standstill will be maintained for the coming years. A No10 source said decisions had yet to be taken.

The CPI measure of inflation for November was published today, showing the rate running at 1.5 per cent.

One MP, Labour’s Nadia Whittome, has pledged she will only take £35,000 of her pay after tax, saying that represents an average worker’s wage.

The 23-year-old – the youngest politician in the Commons – says she will donate the rest of the pay to charities in her Nottingham East constituency.

The rise will be formally confirmed by Ipsa next year when the ONS finalises its preliminary earnings figures – but they are unlikely to change.

An Ipsa spokesman said: ‘We will confirm the amount of any pay adjustment next year.

‘We set out the mechanism for setting MPs’ pay for this parliament in July 2015.’ 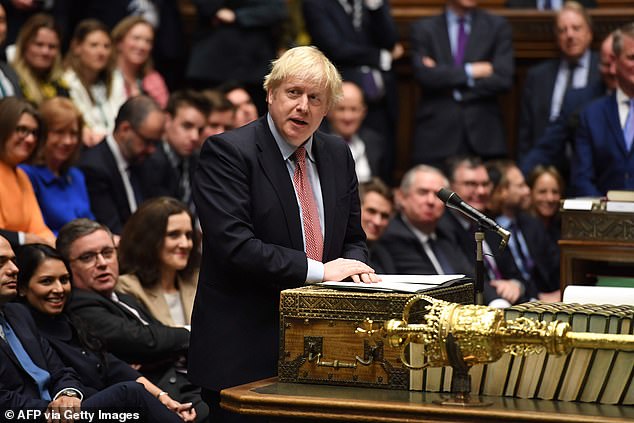