The warning came as search and rescue operations resumed after the remaining part of the 12-story apartment block was demolished on Sunday. 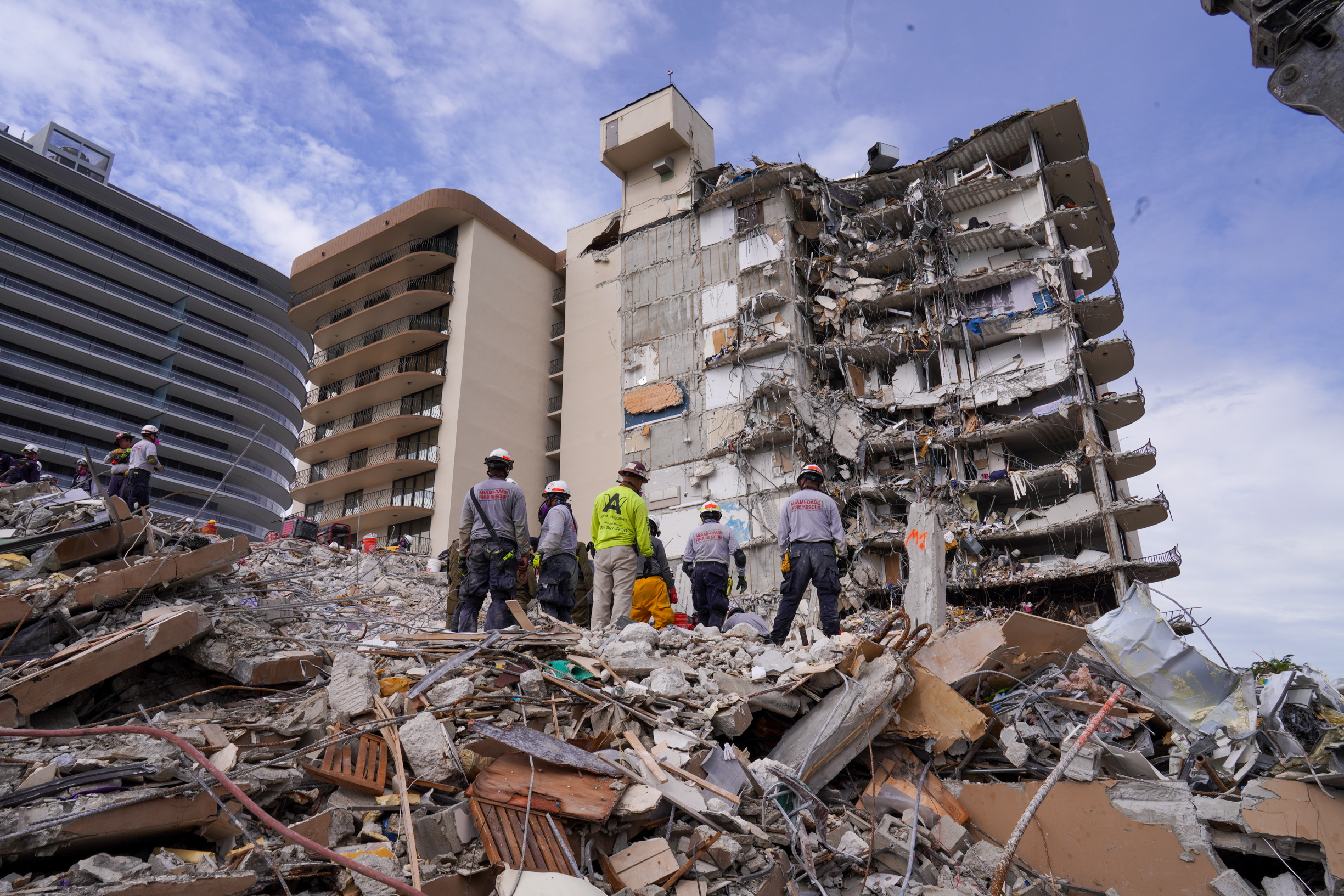 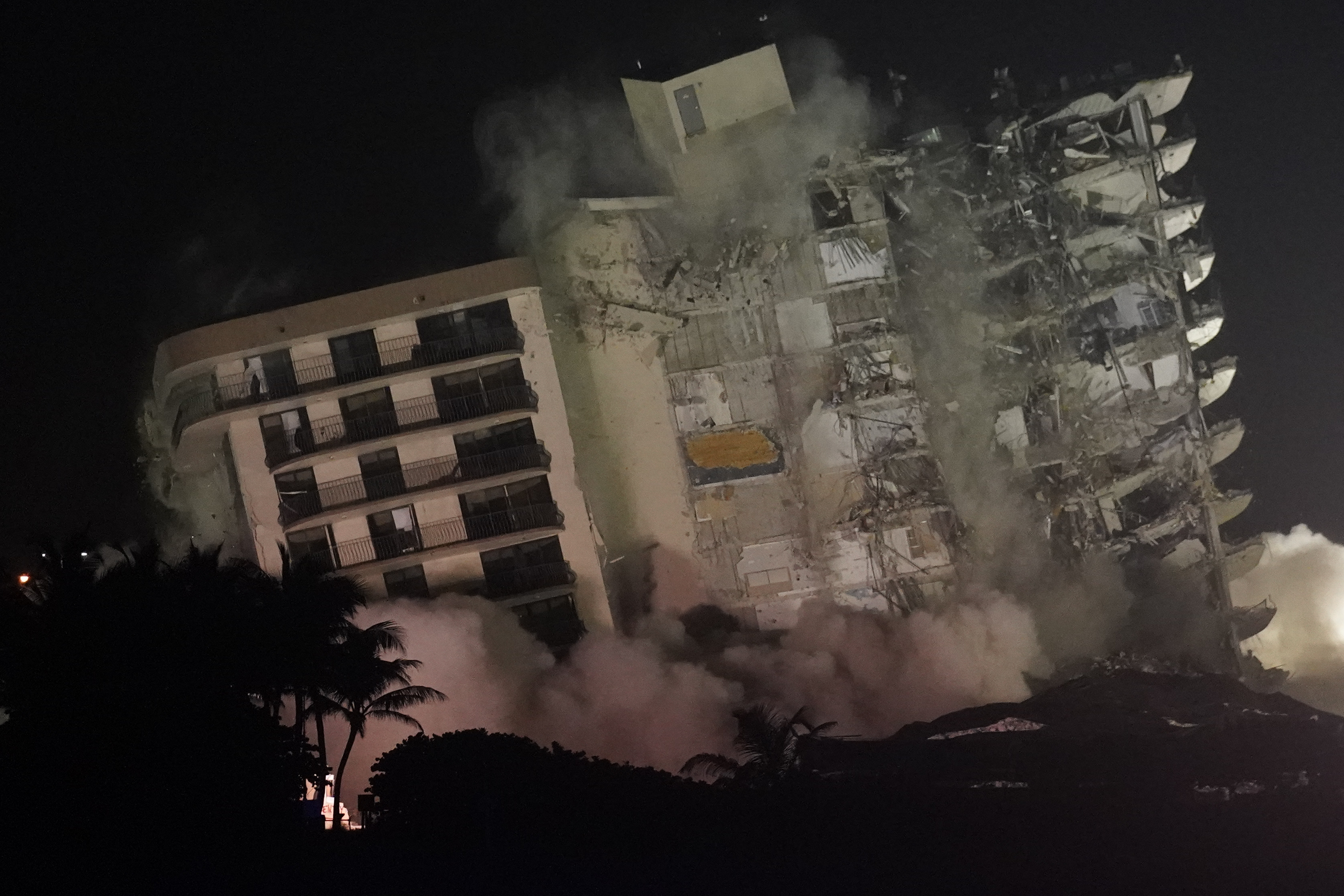 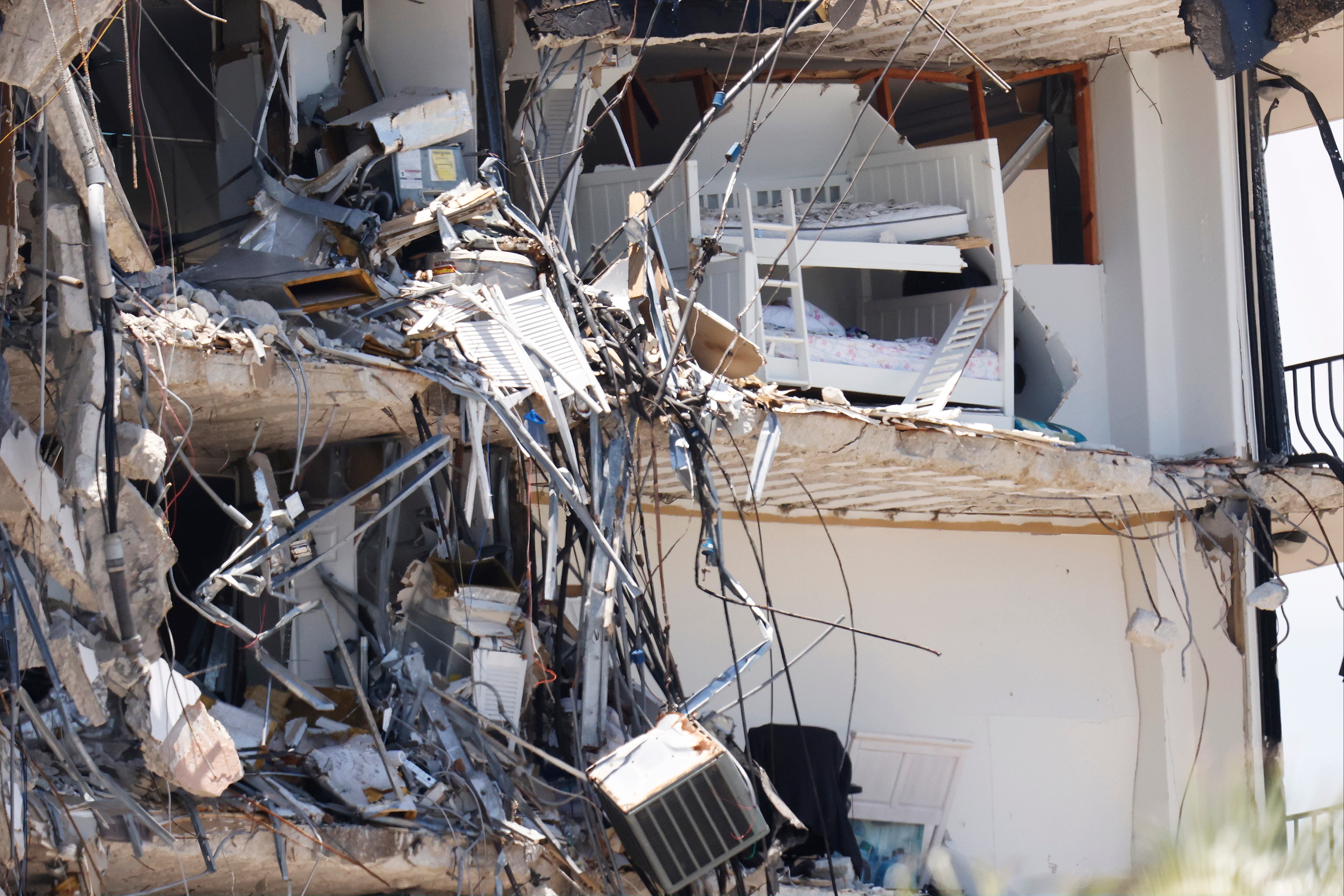 Emails obtained by the Miami Herald show building manager Scott Stewart reminding officials that he needed approval for work to go ahead.

He said: “As we are out to bid on our project [we] need to get to answers to these questions.

Director of the Surfside building department James McGuinness reportedly responded to the emails on June 23 – just 14 hours before the condo came down.

Under Miami-Dade law, buildings that are 40 years old must undergo inspections.

It comes amid reports that the condo may have been built using less reinforced steel. 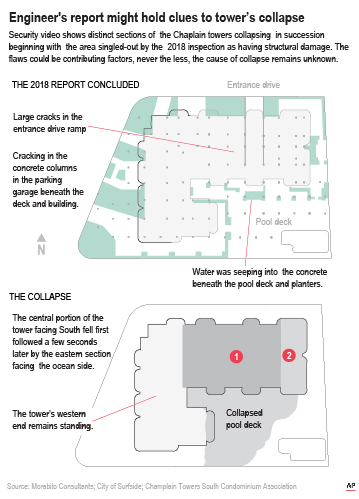 Expert Allyn E. Kilsheimer said the amount of steel used to connect concrete slabs to columns below the parking deck may have been less than specified in the original plans, the New York Times reports.

It is not known if the potential deficiency caused the building to fall, killing at least 27 people.

Engineers said there were three damaged columns in the western part of the condo that was still standing.

It’s reported that they were supposed to be connected with eight rods of reinforcing steel but the number appears to be less.

The remaining portion of the condo was demolished on Sunday amid fears that Storm Elsa could hinder search and rescue progress.

Explosions were heard at about 10.30pm ET before the building started to fall. 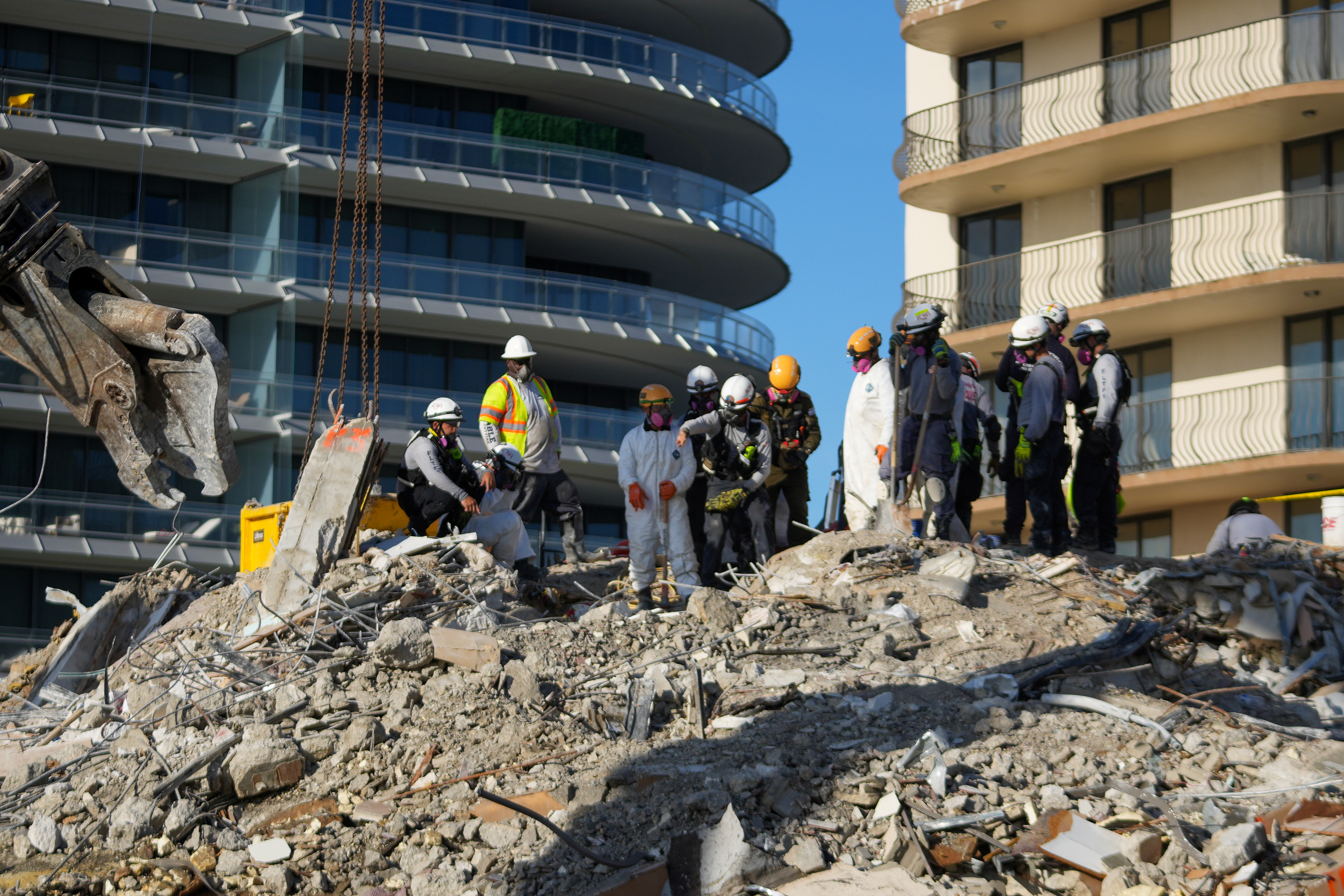 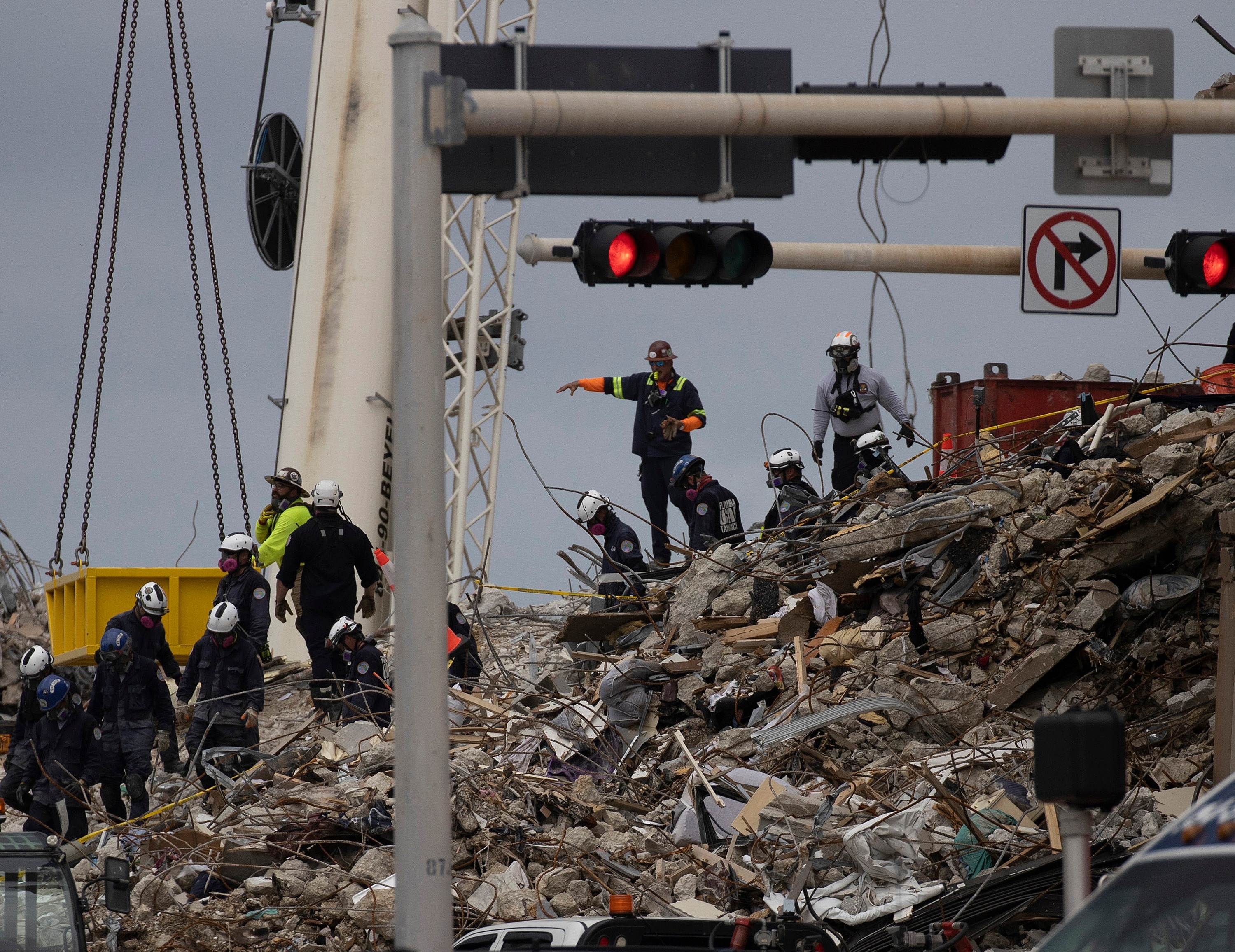 The move was a key step to resuming the search for victims as rescuers try to gain access to new areas of the rubble.

Officials had urged nearby residents to shelter elsewhere overnight after announcing the demolition.

Crews will now resume their search for those who remain unaccounted for.

Col. Golan Vach, an Israeli search, and rescue expert who had been working at the site, said he was doubtful that further survivors would be found.

He told Local10: “I believe right now that the chances are close to zero, unfortunately.”

Survivors had tried to use an emergency court hearing to stop the explosion so they could save their pets. 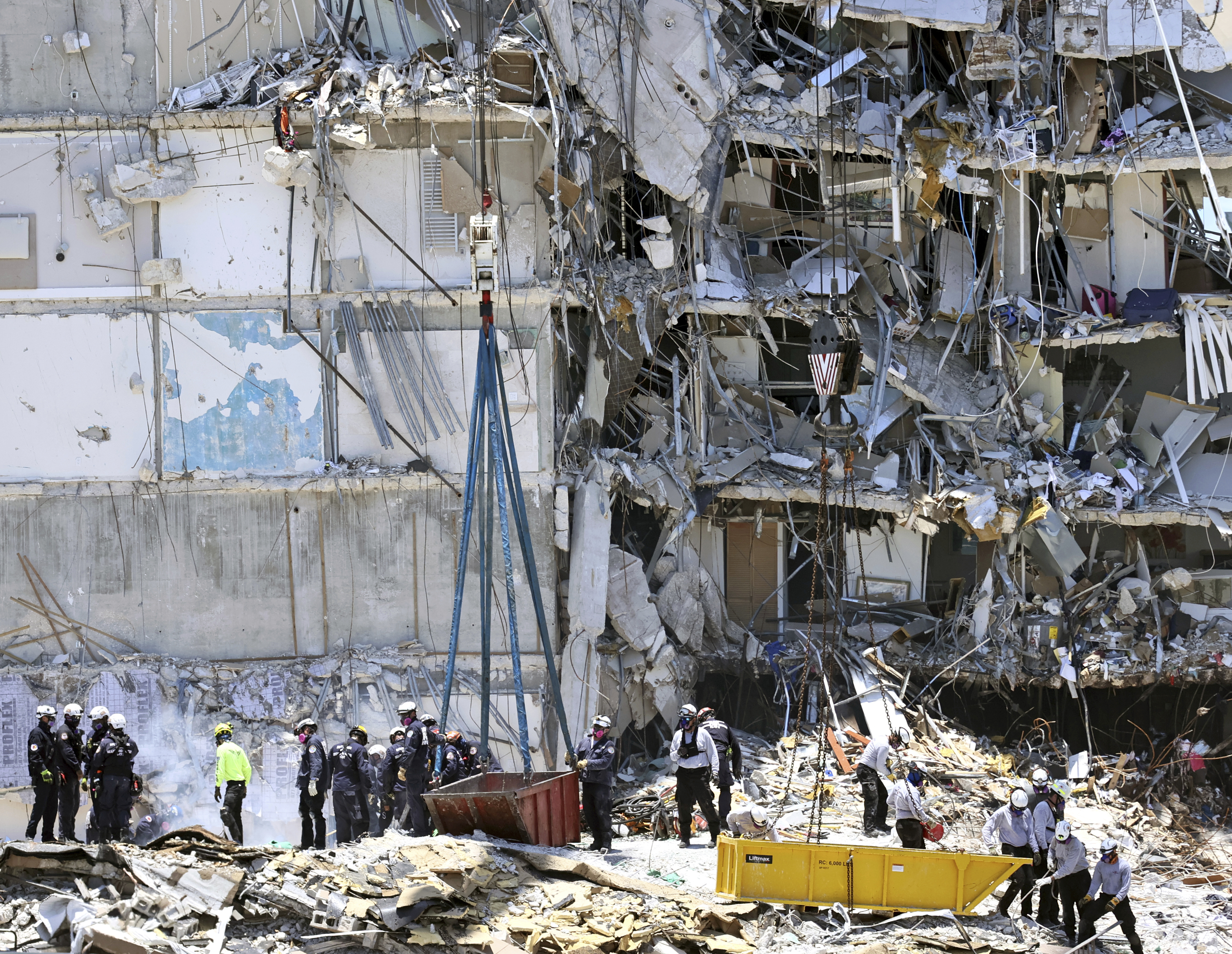 She said: "The latest information we have is that there are no animals remaining in the building."

He said: "If the building is taken down, this will protect our search-and-rescue teams because we don’t know when it could fall over.

"And, of course, with these gusts, potentially that would create a really severe hazard."

According to the latest figures, the death toll stands at 27 and 115 people remain unaccounted for.

Three more people were discovered in the new pile of rubble.

Officials named David Epstein as a victim pulled from the wreckage on Friday.

That came two days after the body of his wife, Bonnie Epstein, was also recovered.

Mayor Cava signed an emergency order on Friday to tear down the crumbling remains of the tower block.

She said the decision was made "in the interest of public safety".

Rescue crews have been working to locate missing people since the building collapsed in the early hours of June 24.