Michelle Obama adds 21 dates to her world book tour including an appearance at London’s 20,000-seater 02 arena as she passes 3million sales

Former US first lady Michelle Obama is set to bring her book tour to London’s O2 Arena next year.

Mrs Obama has so far visited 10 cities across 12 dates on her tour for her autobiography ‘Becoming’, including the sold-out Southbank Centre’s Royal Festival Hall in London, which took place on December 3.

Published just four weeks ago, the book is among the fastest-selling nonfiction books in history and is already among the bestselling political memoirs of all time, having sold over three million copies.

Mrs Obama is set to visit the O2 on April 14 next year, the arena has a capacity of 20,000. Fans wishing to attend the London O2 Arena event will be able to buy general on-sale tickets from 1pm on Friday, December 14. 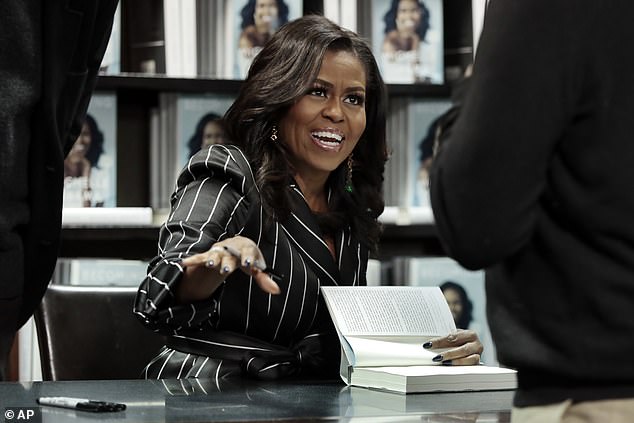 The tour has been extended to include another 21 events in 2019 across Europe and North America, with 11 in the US, four in Canada and one each in the UK, Denmark, Sweden, Norway, France and the Netherlands.

The wife of the 44th US president, Barack Obama, will also visit Paris on April 16 after postponing the French capital’s original December 5 event to attend the funeral of former US president George H W Bush.

Mrs Obama said: ‘I couldn’t be more excited to visit even more cities across the country and around the world. 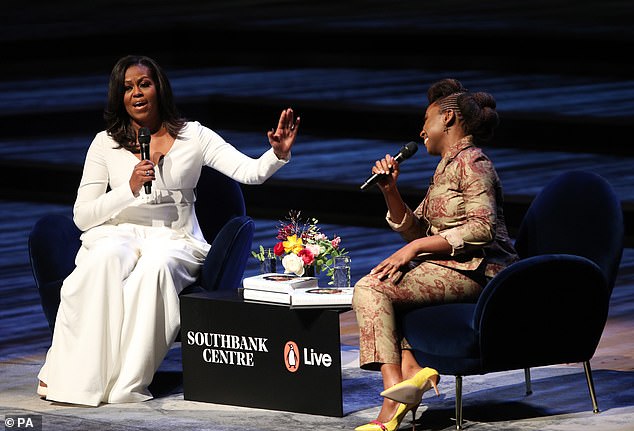 ‘I’ve been so humbled by the response to the tour thus far and the overwhelming interest we’ve received from so many communities we weren’t able to visit this year.

‘That’s why I’m thrilled that we’re able to expand our conversations to these new settings and wider audiences.

‘I can’t wait to continue the discussions that have been so meaningful for me and, I hope, for so many others.’ 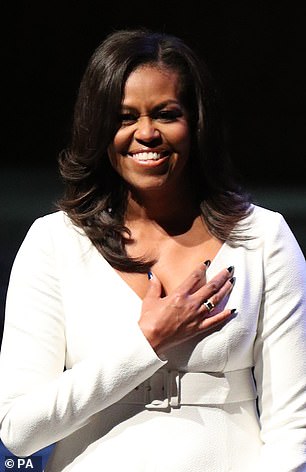 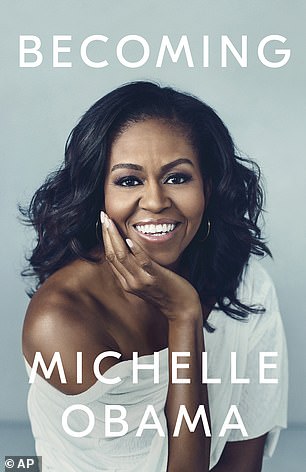 The final leg of her Becoming: An Intimate Conversation with Michelle Obama tour will kick off in Tacoma, Washington on February 8 and will conclude on May 12 in Nashville, Tennessee.

The tour sees Mrs Obama discuss the experiences and events, both public and private, that have shaped her, through her childhood in Chicago to her years as a working mother, and her time in the White House.

The autobiographical memoir Becoming was released in the US and Canada on November 13, and within one week became an instant New York Times bestseller.

It has sold more than any other book published in the US in 2018.

Tour producer Live Nation has said they are implementing various methods to ensure that tickets are not resold on secondary sites.

Mrs Obama and Live Nation will donate a portion of ticket sales in each market to different organisations, including charities, schools and community groups in each city on the tour’s schedule.