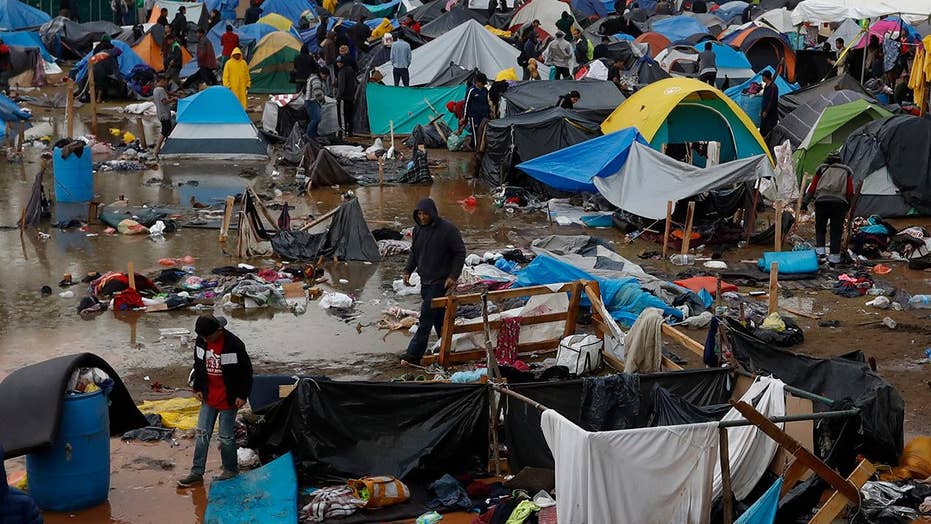 A man who crossed the U.S.-Mexico border illegally drowned in a California canal Wednesday during a storm, officials said.

The unidentified migrant and two others from El Salvador were spotted illegally entering the country about two miles west of the Gran Plaza Outlets near Calexico around 9 p.m. Wednesday, U.S. Customs and Border Protection said in a news release. Border Patrol agents arrested two men after they swam across the All-American Canal.

A third man was struggling to stay afloat in the 80-mile long aqueduct and drowned while heavy rain came down in the area.

“Agents were unable to get assistance to the man before he drowned,” the Border Patrol said. “Agents with the Border Patrol Search Trauma and Rescue (BORSTAR) quickly arrived on scene and attempted to retrieve the man’s body, but had to call off the operation due to heavy rain and low visibility.” 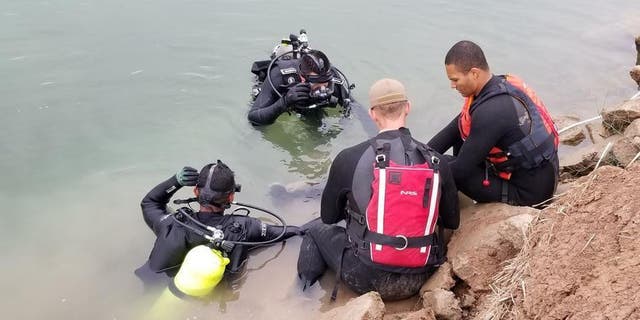 Border Patrol divers recovered a man’s body after he drowned in the canal while crossing the U.S.-Mexico border illegally, officials said.
(U.S. Customs and Border Patrol)

The man’s nationality and identity have not been released.

“This incident tragically illustrates how human smuggling organizations place migrants in perilous situations,” Chief Patrol Agent Gloria I. Chavez said in the news release. “This man put his trust in human smugglers and it cost him his life."

It’s unclear if the trio were part of the migrant caravan camping out along the border in California. Thousands of people, many from Central America, have traveled through Mexico in recent months in hopes of entering the U.S. illegally or applying for asylum.

In late November, a migrant woman was impaled by a rebar while climbing a portion of fencing to enter the U.S. illegally.