Washington: US Vice President Mike Pence on Tuesday declared the United States'"unwavering support" for planned mass protests in Venezuela against President Nicolás Maduro, the most explicit backing yet by the Trump administration as opposition leaders try to unseat Maduro. 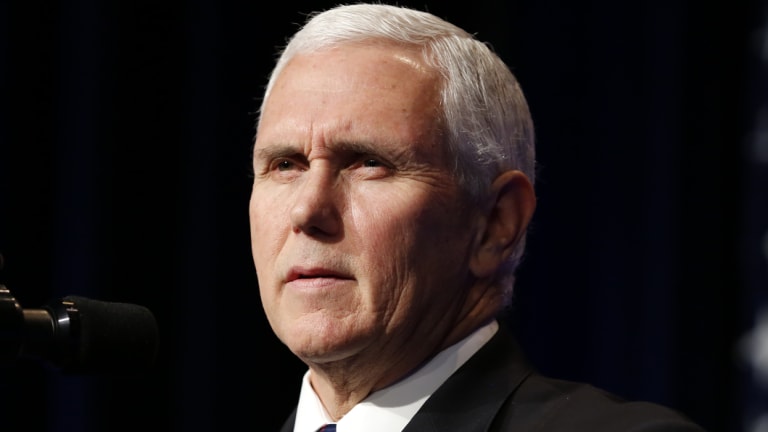 The declaration, the first in which Pence used a video to directly urge Venezuelans to take action, came after months of statements by senior Trump administration officials, including several strongly worded ones from the vice president, that said Maduro's rule was illegitimate.

"We are with you," Pence wrote on Twitter in both Spanish and English, adding, "We stand with you, and we will stay with you until Democracy is restored and you reclaim your birthright of Libertad."

The post, which came as Venezuelan opposition leaders were calling for citizens to take to the streets on Wednesday, was accompanied by a video in which Pence said he and President Donald Trump were united with them in their "call for freedom."

"Nicolás Maduro is a dictator with no legitimate claim to power," Pence said. "He's never won the presidency in a free and fair election, and he's maintained his grip on power by imprisoning anyone who dares to oppose him."

Maduro fired back hours later, saying that he had ordered "a total and absolute revision" of Venezuela's relationship with the United States. Speaking on state television, he asked: "Who elects the president of Venezuela? Mike Pence?"

The call for mass street protests against Maduro originated with the head of the National Assembly, Juan Guaidó, an opposition leader. Guaidó was sworn in to office January 5 and soon invoked an article of Venezuela's Constitution that transfers power to the leader of the National Assembly, the nation's legislative body, in the event that the presidency becomes vacant.

On January 15, Pence spoke with Guaidó by telephone to express the "United States' resolute support for the National Assembly of Venezuela as the only legitimate democratic body in the country." 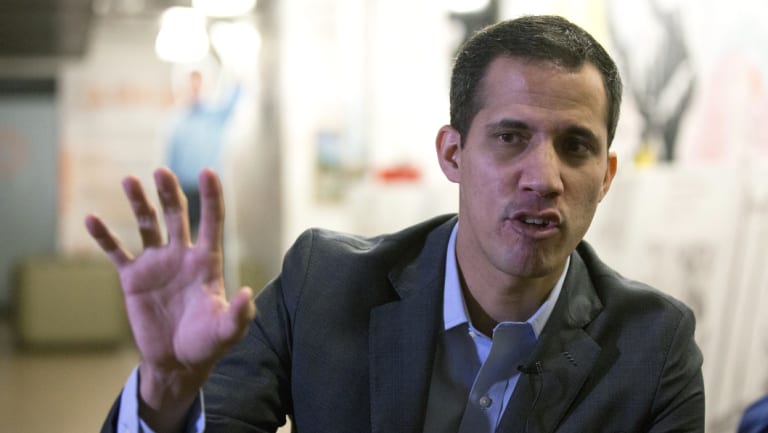 John D. Feeley, a former diplomat to Latin American nations who is now a consultant to the television network Univision, said that while "the vice president's tweet stopped short of formal recognition of Guaidó as interim president," the statement was "a nudge to Guaidó to keep pushing on an open door."

Members of Congress from Florida met with Trump on Tuesday and discussed Latin America policy, including on Venezuela.

"We encouraged the president today to follow through with what he's already declared, which is that Maduro is illegitimate," said Senator Marco Rubio, a Republican. "The next logical step is to recognize the president of the National Assembly as the rightful president."

Trump and other top US officials, including Pence and Secretary of State Mike Pompeo, have consistently used harsh terms to criticise Maduro, a leftist politician who has exercised authoritarian powers and guided his country into an economic collapse that has led millions of Venezuelans to leave for neighbouring countries.

The New York Times reported in September that the Trump administration held secret meetings with rebellious Venezuelan military officials to discuss overthrowing Maduro, though US officials eventually decided not to help the plotters.

"All options are on the table," Trump told reporters in late September at the United Nations General Assembly meeting. "Every one. The strong ones, and the less-than-strong ones. Every option — and you know what I mean by strong."

Maduro made a surprise visit to the General Assembly and railed against the United States in a 50-minute speech, calling Americans "imperialists." He and Trump did not meet.

Beforehand, Trump had said that he was willing to meet with Maduro if the opportunity presented itself. "We're going to take care of Venezuela," he said.

Many citizens of Latin America recall a long history of the United States' supporting coups in the region by right-wing military leaders who then quashed democratic processes and rule of law to maintain power for years and sometimes decades.

In November, Mark Green, the head of the US Agency for International Development, said in an interview that his agency was trying to provide help for the millions of refugees who have fled the economic collapse in Venezuela.

The United States announced several times last year that it was giving millions of dollars in aid to the country's neighbours, notably Colombia, to help the refugees. At least $US96 million intended mainly for food and health aid has been dedicated to the effort. Some observers have argued that the United States should be providing more aid.