Ministers praised the Queen today after she urged people to seek ‘common ground’ in an apparent plea for compromise on Brexit.

Speaking at an event in Sandringham, the monarch stressed the importance of ‘respecting’ other views and said everyone needed to keep the ‘big picture’ in mind.

The comments have been endorsed by a slew of senior politicians amid the bitter wrangling over relations with the EU. 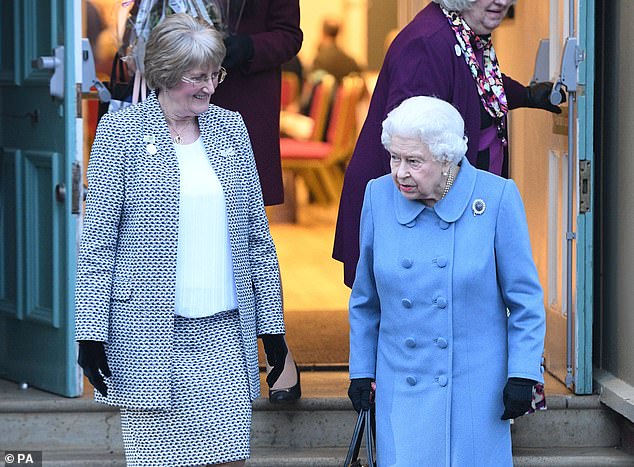 Using barely coded language in a speech to her local Women’s Institute in Norfolk, the Queen said she preferred ‘respecting different points of view’

‘I think there is huge wisdom in those words and I don’t think anybody will be at all surprised to hear the Queen advocating the view that in all things controversial we should seek compromise, we should seek common ground and we should seek a way forward,’ he told BBC Radio 4’s Today programme.

‘That is actually what we do in this country, that is how we solve problems, by compromise and pragmatism.

‘It’s been our enormous strength over centuries that we have been able to find compromises that bring the nation together.’

Mrs May’s official spokesman said: ‘The Prime Minister’s own view is that we should always show great respect for the point of view of others.’

As head of state, the Queen remains publicly neutral when it comes to political matters and does not express her views on issues.

But her words were seen as a clear reference to the toxic national debate around Britain leaving the EU.

Conservative MPs and ministers took to Twitter to express their support for the Queen’s words.

Sharing lines from her speech, Health Secretary Matt Hancock tweeted: ‘I agree with the Queen.’

While Bim Afolami, MP for Hitchin and Harpenden, wrote: ‘The Queen is right.’

The Queen made her comments in a speech to mark the centenary of the Sandringham Women’s Institute, of which she is president. 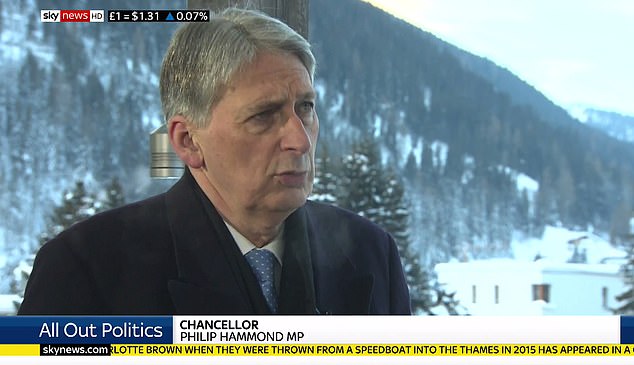 Speaking in Davos, Chancellor Philip Hammond endorsed the monarch’s remarks and said Britons had always been ‘pragmatic’ in solving problems

‘Reflecting on a century of change, it is clear that the qualities of the WI endure,’ she said.

‘The continued emphasis on patience, friendship, a strong community focus, and considering the needs of others, are as important today as they were when the group was founded all those years ago.

‘Of course, every generation faces fresh challenges and opportunities.

‘As we look for new answers in the modern age, I for one prefer the tried and tested recipes, like speaking well of each other and respecting different points of view; coming together to seek out the common ground; and never losing sight of the bigger picture.

‘To me, these approaches are timeless, and I commend them to everyone.’

In her Christmas address the Queen touched on the same theme, telling the nation: ‘Even with the most deeply held differences, treating the other person with respect and as a fellow human being is always a good first step towards greater understanding.’