Missing pensioner, 70, who was last seen 10 years ago is discovered dead inside a freezer in disused London pub

A pensioner who went missing ten years ago has been found dead in a freezer in a disused pub.

Roy Bigg is believed to have been around 70 when he vanished in Newham, London, in February 2012.

He has been the subject of a Missing People appeal since then, with the poster appearing to believe he could still have been alive.

The Met Police announced today Mr Bigg’s dead body had discovered in a freezer in the basement of the property.

Stunned labourers uncovered his remains at around 3pm on October 15 last year, but detectives only announced the find today. 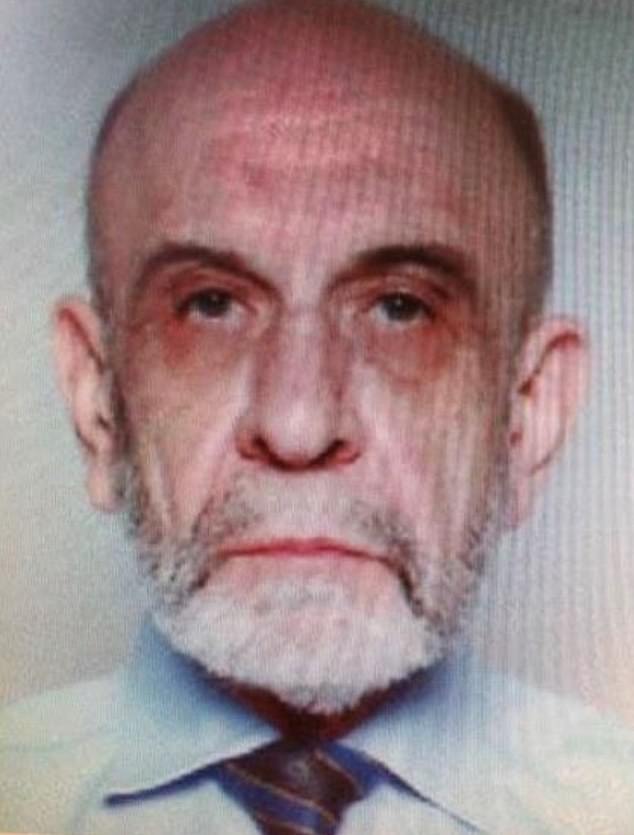 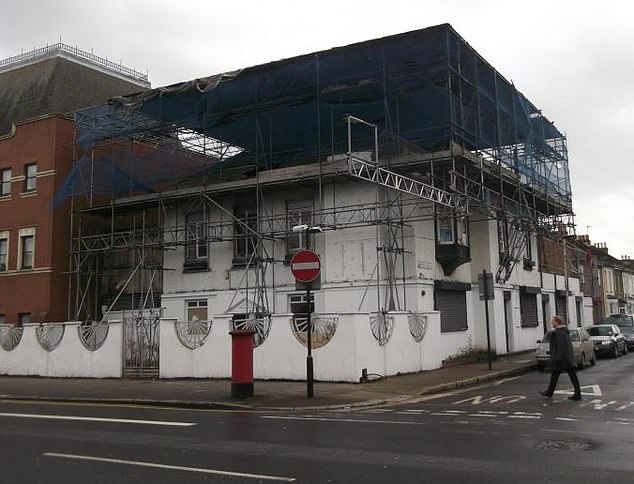 The former Simpson’s Wine Bar on Romford Road, Forest Gate, where the grim find was made

Detective Chief Inspector Kelly Allen of the Met’s Specialist Crime Command said: ‘We believe that Roy’s body may have been in the freezer for a number of years.

‘Speaking to people who knew him will help us establish not only his lifestyle and habits, but also when he was last seen.

‘If you knew Roy please do get in touch with us – his birth date was 8 September 1944, we believe he would have been aged around 70 when he died.

‘It doesn’t matter if it’s been a long time since you knew him, or if you only knew him briefly, any information may be of real significance to our enquiries.’ 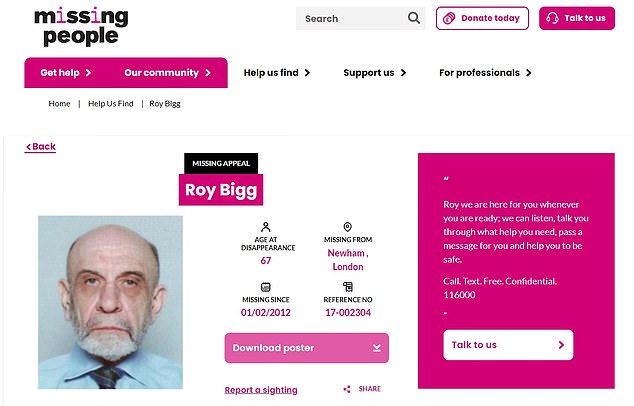 A post-mortem examination found cause of death to be inconclusive.

Mr Bigg could only be identified through his dental records.

When he went missing it appeared that there had been hopes he was still alive.

The Missing People appeal had read: ‘Roy we are here for you whenever you are ready; we can listen, talk you through what help you need, pass a message for you and help you to be safe.’

DCI Allen added: ‘We have released an image of Roy and hope that anyone who knew him will take the time to come forward and speak with us.

If you don’t want to speak directly to police please contact Crimestoppers anonymously, but whatever you do, please do make the call.’

To remain 100% anonymous call the independent charity Crimestoppers on 0800 555 111 or visit crimestoppers-uk.org.