This is the horrible moment a man is caught on CCTV stealing Christmas decorations from grandmother-of-five’s garden in Tyneside.

Evelyn Frame, 61, was on her way to work when she noticed ornaments missing from her garden in Pelaw, Gateshead.

Mrs Frame got her husband to check the CCTV which showed ‘someone had come into the garden’ with a shopping bag. 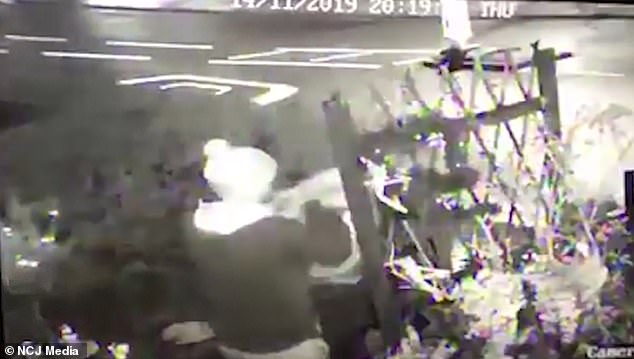 A man was caught stealing Christmas decorations on CCTV in Pelaw, Gateshead, Tyneside, around 8.20pm on November 14

In the clip, a figure is seen lurking outside and walks through the gate before crouching to stuff his bag with festive ornaments, around 8.20pm on November 14.

He then lifts it, checks behind his shoulder and speedily walks down the road.

Mrs Frame said: ‘I have been putting decorations up for five to six years and I do it because so many people get pleasure out of it.

‘A lot of children as well as elderly people come to have a look and it puts a smile on their face. That’s why I do this.’ 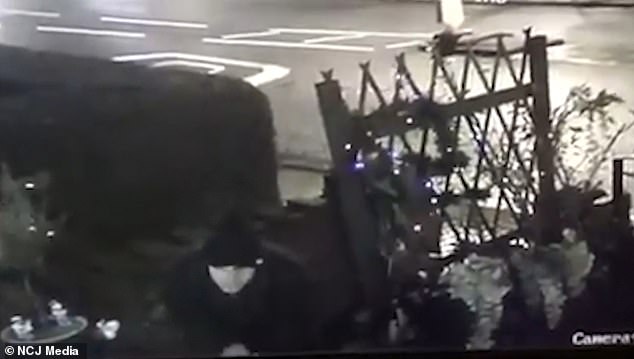 Evelyn Frame, 61, noticed things were missing from her garden and asked her husband to check CCTV. Footage shows him stuffing his bag with decorations which Mrs Frame has displayed at the front of her house for nearly six years

The NHS worker felt ‘sick and disappointed’ by the incident which has been ‘upsetting for so many people’.

She put a note outside her home informing people on what had happened and urges anyone with information to get in touch.

And she was sent a heartfelt letter from a seven-year-old girl who was upset by the robbery. 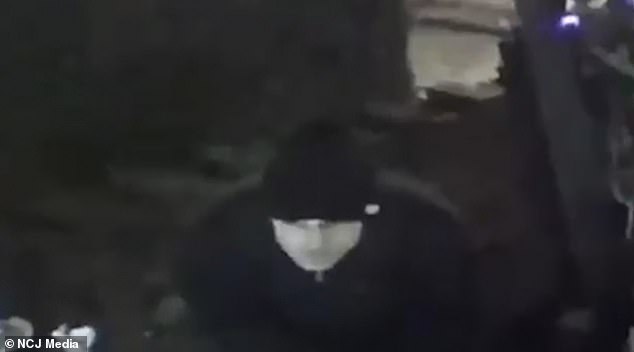 Mrs Frame said she was left ‘sick and disappointed’ by the robbery and was sent a letter from a seven-year-old girl who shared her upset about the incident, last week

Another stranger left a toy Santa Claus with a shaking belly for the family.

Northumbria Police received a report of the theft from a garden at an address on Woodbine Terrace, Pelaw, shortly before 1.45pm on November 20.

‘The offence is believed to have occurred at some point overnight, between November 14 and November 15.’ 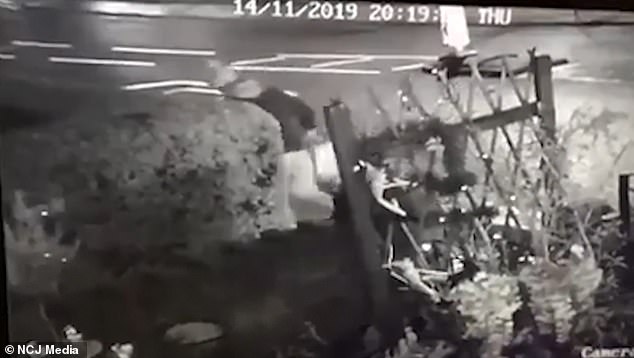 Mrs Frame left a note about the robbery outside her home and urges anyone with information to get in touch. The NHS worker said her Christmas display attracts attention from a lot of children as well as elderly people. She said it always ‘puts a smile on their face’