Feeling snappy? Moment man wakes up a sleeping sea lion and gets a very angry response

Footage of a fast asleep sea lion reacted with sheer anger after the video maker disturbed it by rubbing its head.

Jumping from its deep slumber, the distressed mammal frantically dives straight into the cold water startling the man.

The annoyed beast, clearly shocked at having been disturbed from his snooze, swims around in the water trying to figure what has happened.

Once its had time to decipher what has happened, the agitated sea lion directs its anger at the video maker starting to to bark loudly.

Presumably showing its disgust at having been disturbed, the sea lion will not let the matter drop.

It’s not clear where the footage was shot but the concealed man aboard the boat appears to be baffled at the fuss the creature is making and is heard shouting down the microphone telling it to calm down. 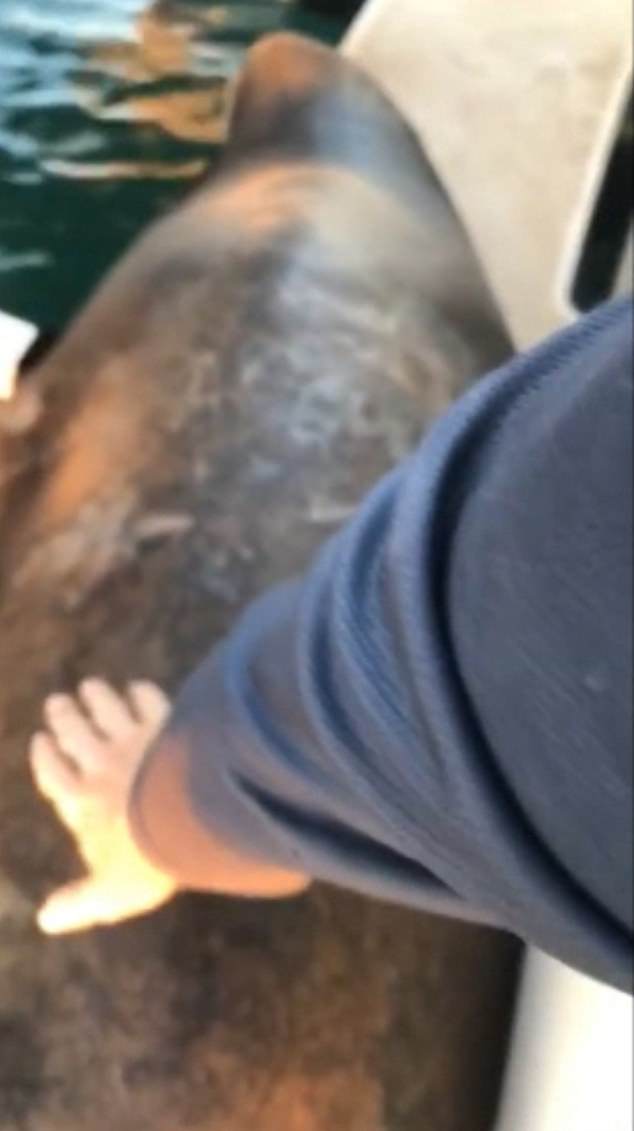 He says: ‘Why you mad bro? I’m just trying to show you some love. Don’t be angry.’

But the giant mammal is none too happy and continues to bark louder and louder  throughout the rest of the 35 second clip before swimming away.

Experts say sea lions raise their voice should they feel threatened as its  their way of telling humans and other animals to leave them alone. 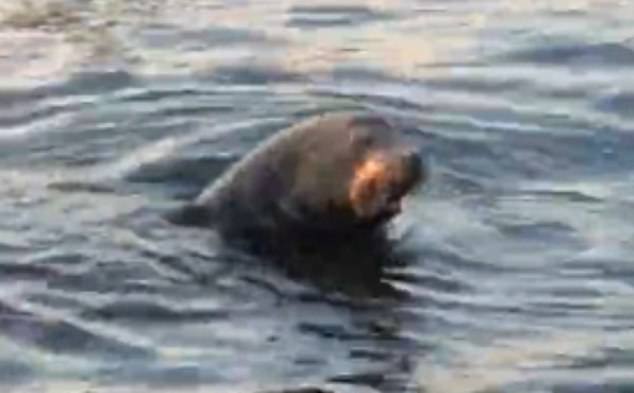 It’s also important not to touch the giant beasts as it makes the marine animals aggressive and pass on diseases.