THIS is the shocking moment a mass brawl exploded outside a restaurant as yobs battered each other with tables and chairs.

The fight broke out outside Amed Restaurant in Hendon, North London yesterday. 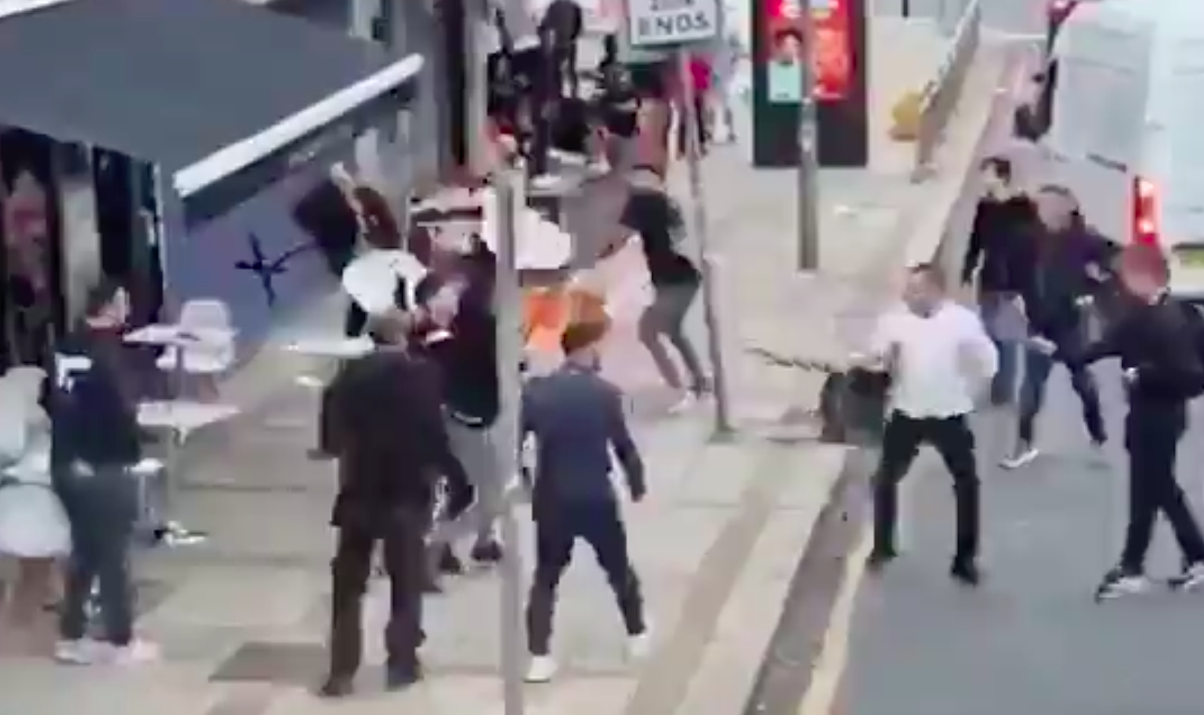 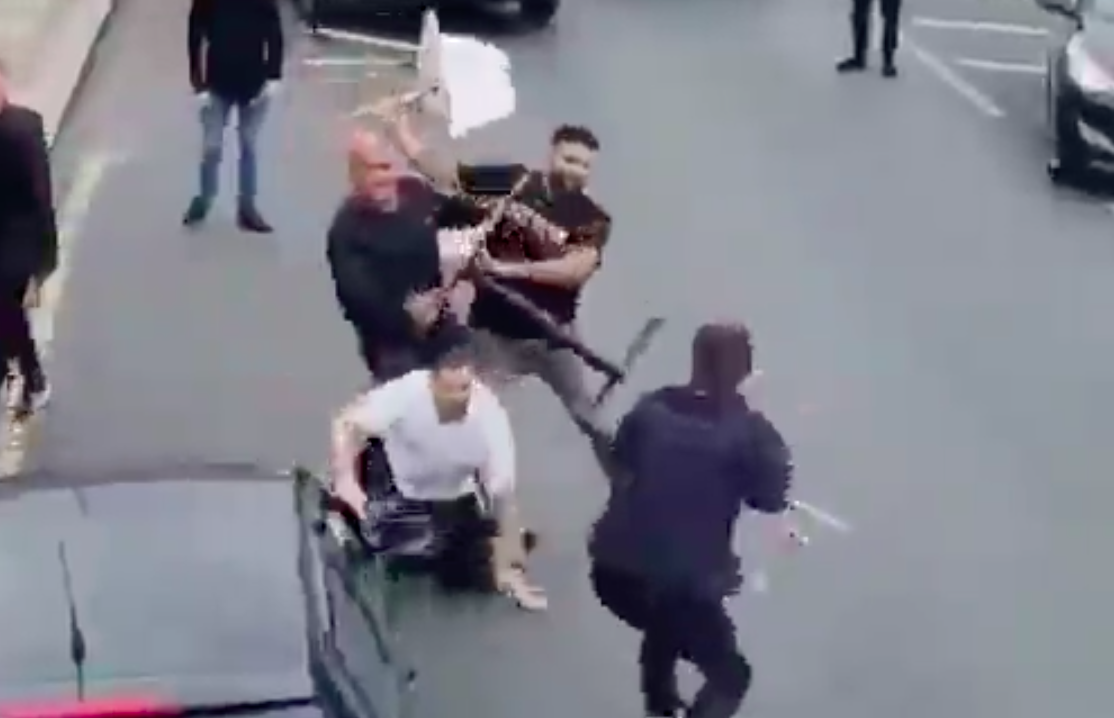 Confronting footage showed groups of men charging at each other while swinging chairs as stunned onlookers watched on.

A person watching the scrap can be heard saying: "What are they doing?"

Some of the men could be seen picking up tables while others threw chairs.

After a brief exchange of blows with the furniture, two of the men fall to the ground in the street.

One brawler knocked into a parked car as he tumbled over.

After the two men hit the ground, one fighter armed with a table charged at his rivals and forced them to back off.

Some of the men then retreated away from the restaurant as the fracas died down.

Restaurant staff could then be seen picking up the chairs and tables that had been left strewn across the road.

It's unclear what caused the brawl to break out.

The Sun Online has contacted the Met Police for comment. 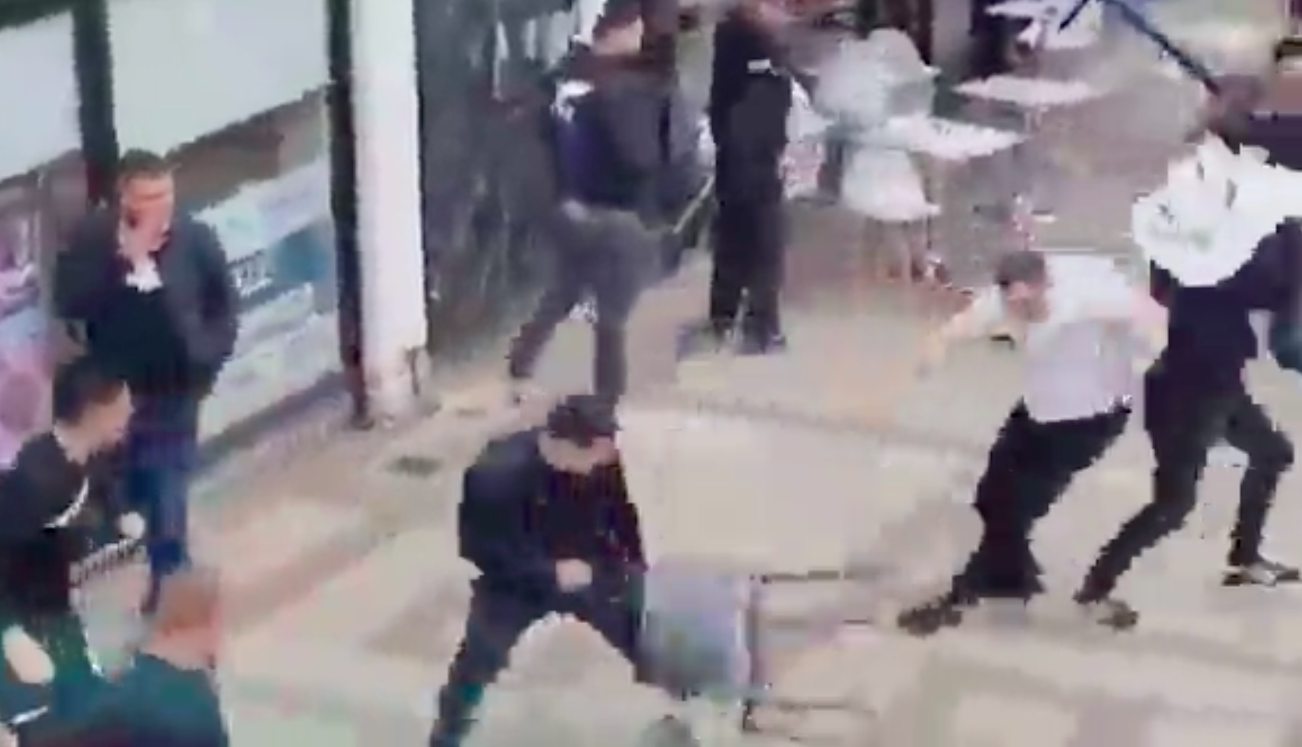