A thug was captured on video causing thousands of pounds worth of damage after climbing the roof of a police station, smashing windows and throwing plaster at officers below during a three-hour stand-off.

Aaron Barrett, 30, became aggressive when he was unable to get his mobile phone back from Brighton Police Station after it had been confiscated earlier that day.

Barrett climbed onto the roof area of the police station foyer and began attacking officers by throwing plaster at them.

The police station itself and the pavement and road outside were closed to pedestrians and traffic for three hours while Barrett continued the stand-off.

Barrett then posted videos on social media to brag about the destruction he had caused only days later. 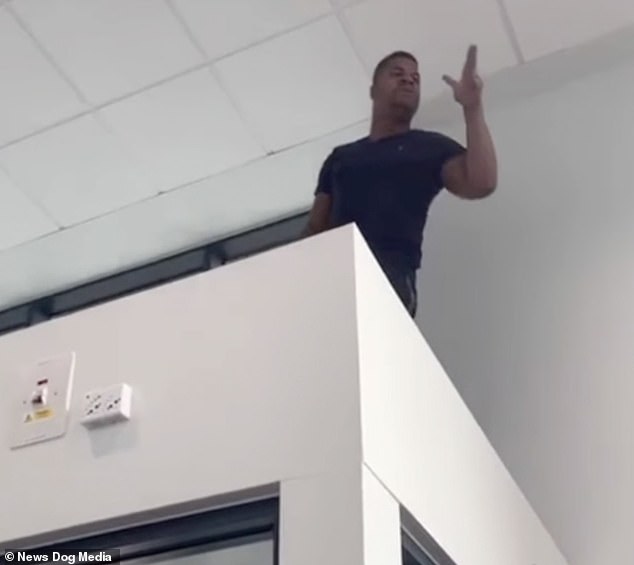 Aaron Barrett, 30, stands on the atrium roof of Brighton police station in a tense stand-off with police after they confiscated his phone

Barrett was given a six-month prison sentence and a four-month sentence by Hove Crown Court, to run concurrently, both suspended. He was also ordered to complete 40 hours of rehabilitation activity.

Jonathan Atkinson, defending, said that Barrett had ‘shown remorse’ and understood that his behaviour ‘was a disproportionate reaction’.

Hove Crown Court was told that Barrett had 43 previous convictions.

Barrett had pleaded guilty to causing criminal damage and a public nuisance through his violent behaviour as well as assaulting an emergency worker. 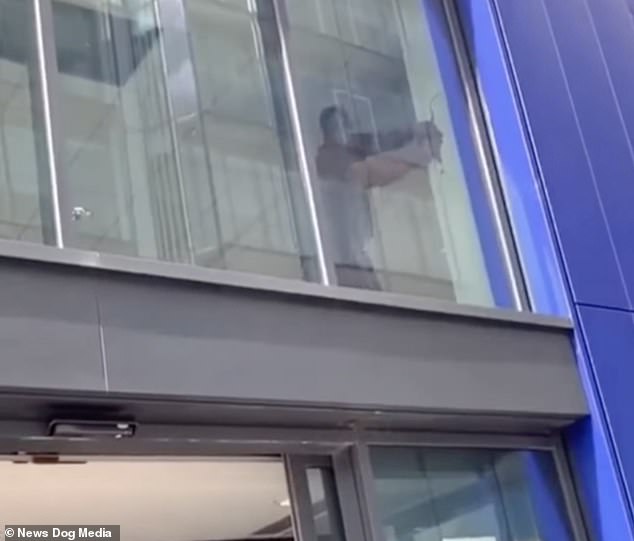 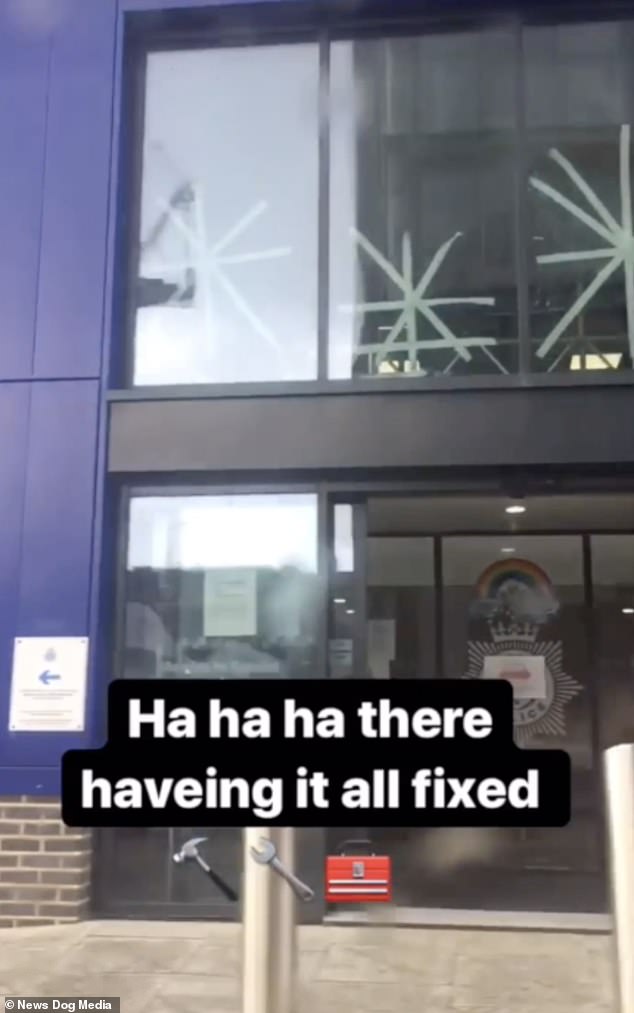 In the footage – which was filmed by an unknown spectator and which Barrett proudly shared on Instagram – he climbs up onto the atrium roof of the police station entrance and screaming at officers.

Stunned bystanders watch as Barrett then starts violently ripping and hurling plasterboard at police officers below who were trying to persuade him to come down.

Days after being released on conditional bail, Barrett posted videos and photos on his Instagram page boasting of the damage he caused to the police station.

In a clip shared with his 582 followers Barrett filmed himself driving past Brighton police station and gleefully bragging about how the building is ‘still absolutely f***ed! C***s!’ after his attack.

He then unwinds his car window and smugly screams at the police station ‘Thank me later, pal!’