That was close! Nail-biting moment SUV almost collides with a plane waiting to take off after driving across the runway at a Chinese airport

This is the nail-biting moment a SUV drives across a runway and almost collides with a taxiing plane which is preparing to take off.

Although the driver does not appear to speed up to clear the aircraft, they make it across the runway safely before the short clip ends. 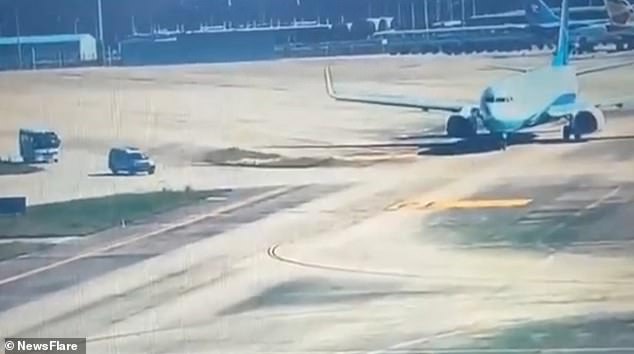 The SUV and a bus, pictured left, are seen driving towards a white plane while it is taxiing on the runway at Fuzhou Changle International Airport

In the video the white plane is seen turning a corner onto a straight section of the runway as two vehicles appear on the right hand side of the screen.

The SUV, which is in front, and a bus make their way towards the runway as the plane continues to straighten itself up.

Although the bus slows down and the driver decides to come to a stop while still a fair distance from the plane, the SUV driver continues.

This vehicle then pulls out in front of the plane and drives across the tarmac, causing the pilot to brake. 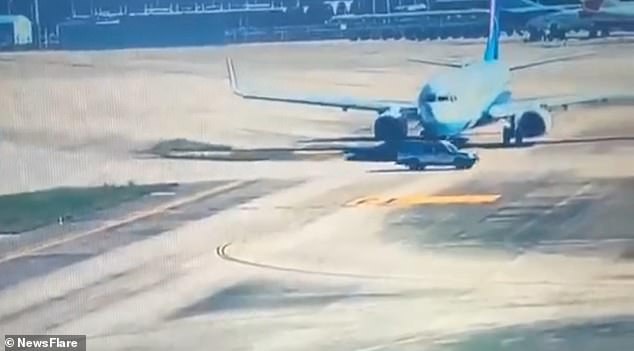 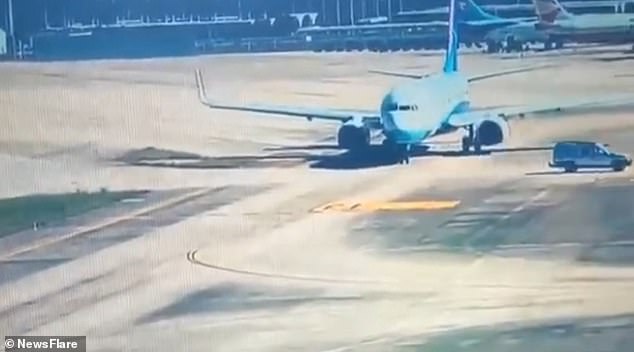 The driver does not appear to speed up while in the plane’s path and completely clears the plane, not slowing down until it is clear of the wings.

Once out of the way the SUV then seems to reduce its speed and appears to stop near a post as the CCTV clip ends.

They added that the case is being investigated and that the incident will be handled seriously.