STUNNING snaps taken just inches away from one of the world's most dangerous animals show the moment a monstrous great white shark flashed its razor-sharp teeth.

Brave photographer Euan Rannachan took the terrifying pictures from inside a cage in shark-infested waters – but insists it's not unnerving being so close to the jaws of the predators. 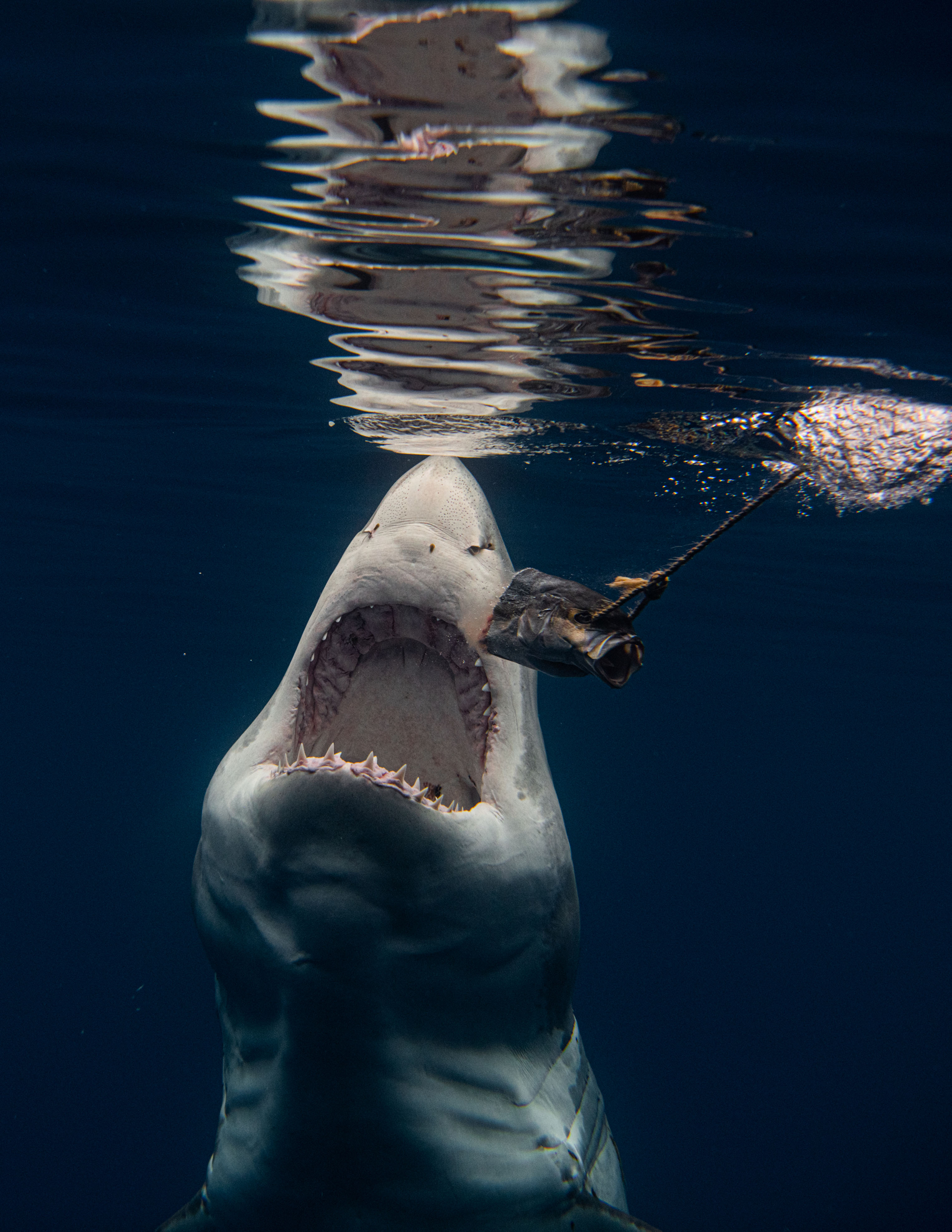 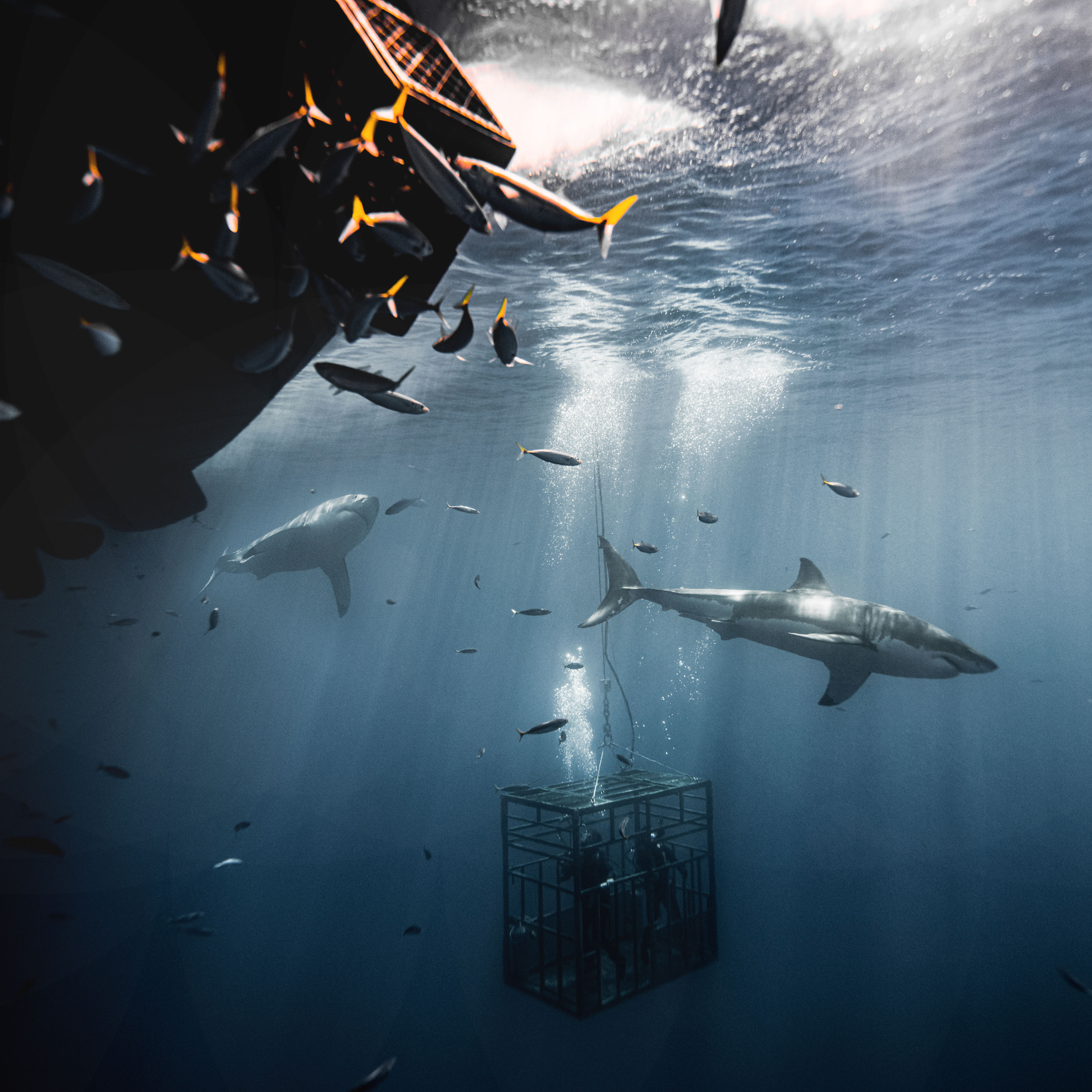 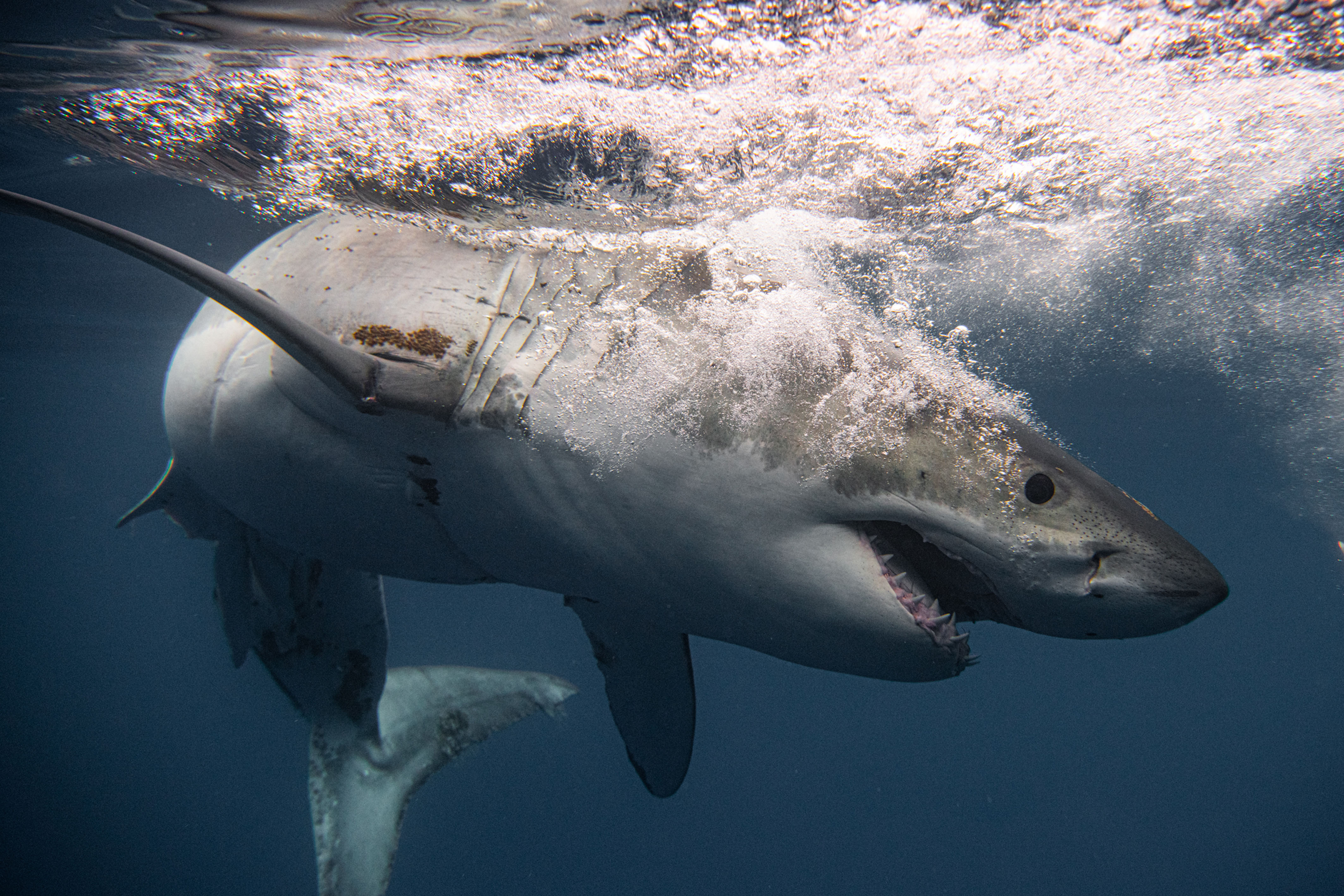 The daring 36-year-old, from London, cage dives daily and often spends up to seven hours under the waves waiting and hoping for jaw-dropping moments such as great white attacks.

Now living in California, Euan says the fearsome creatures fascinate him and he first went cave diving in 2016 at Guadalupe Island.

He now runs Be A Shark – a travel adventure company that takes willing people to photograph great white sharks in waters off the island in Mexico.

"I have been fascinated by apex predators all my life including sharks. I had always wanted to cage dive with them and after my first trip, I knew it was something I needed to do a lot more of," Euan said.

“Now with the of my co-founder Nikki, we run multiple trips to the island each year to photograph some of the biggest great white sharks in the world.”

Euan says he is in awe of their "super powers".

He added: “I’m amazed they are able to sense electrical impulses in the water from animals in distress and the fact they are as old as dinosaurs really interests me.

“You can’t go and hangout with a tiger in its home and come out completely fine, but that’s exactly what you can do with these amazing fish.”

Euan also wants to educate people on sharks and their man-eating reputation.

He said: “Helping to educate people now on the fact sharks are not the man-eating monsters they get portrayed as has become part of my life’s work.

“My photos help with that but there really is no substitute to actually seeing the sharks with your own eyes. I call it the rewiring of your brain takes place and you realize they are not there to get you.”

When asked what goes through his mind as a shark approaches him, Euan said he doesn’t always see them coming.

He said: “Sometimes you don’t get the luxury of seeing the giant shark coming. These animals are so stealthy.

“If I do happen to catch a glimpse of them coming, I first check to see if I can tell if they are in attack mode.

The sharks are within inches of my cameras daily. Some of my go-pros have even made it inside their mouths and come back out.

"When a white shark is preparing to attack the bait you can sometimes tell with the way they slightly change the way they are swimming and the shape they put their fins in.

"If they seem like they are spooling up for a fast approach I am usually getting my spot ready in the cage to track them all the way through their movement.

“If they are coming at a lazy speed, I get to take my time and try and create art as they approach using the light or other objects to my advantage to try and show the scale.

“Mostly what goes through my head is admiration and wonder at what I am looking at.”

Euan will often spend hours on end underwater waiting for great whites to swim by.

"The only thing really limiting my time is if it gets too cold or I run out of battery, or card space," he added.

“The sharks are within inches of my cameras daily. Some of my go-pros have even made it inside their mouths and come back out.

“It is difficult to describe just how calming the cage can be at times. When I tell people what I do the natural reaction is to call me crazy or brave.

“I can tell you once you do it for the first time, you honestly don’t want to get out.”

America has overtaken Australia for the number of attacks with Cape Cod, Massachusetts, now considered the shark capital of the world.

However, despite a spike in maulings by the ferocious beasts and signs warning of attacks on beaches in the US and Australia, swimmers are still putting themselves at risk.

This year has seen 49 shark attacks – six being fatal – across the globe, as the underwater predators continue to get closer to humans.

The US recorded the largest number of shark bites, reporting 33 incidents, while Australia recorded 18.

A whopping 791 shark attacks have been reported between 2010 and 2019, according to data published by the International Shark Attack File, with an annual global average of 80 bites.

It shows an incredible rise compared to data from 1970 to 1979, when just 157 attacks were reported. 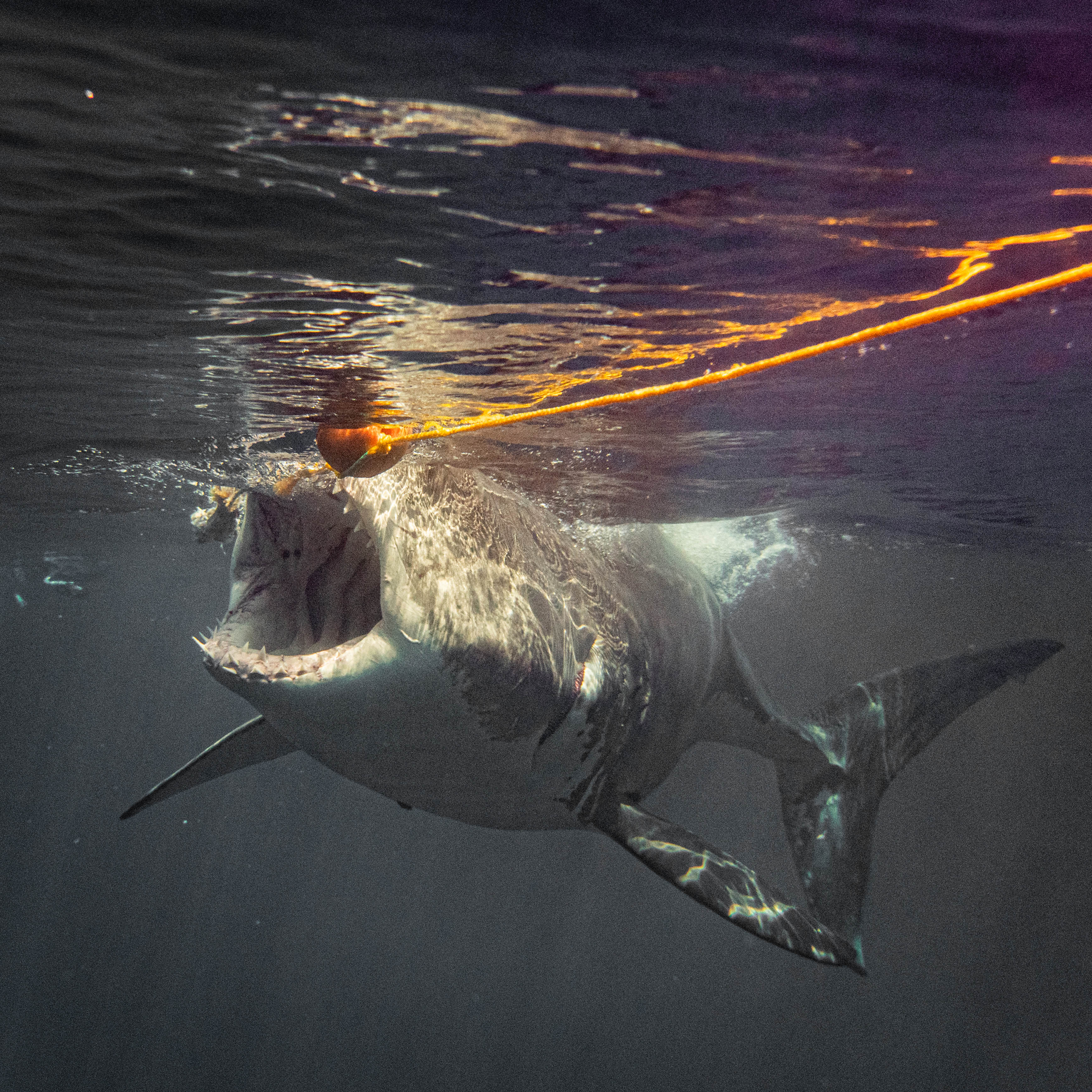 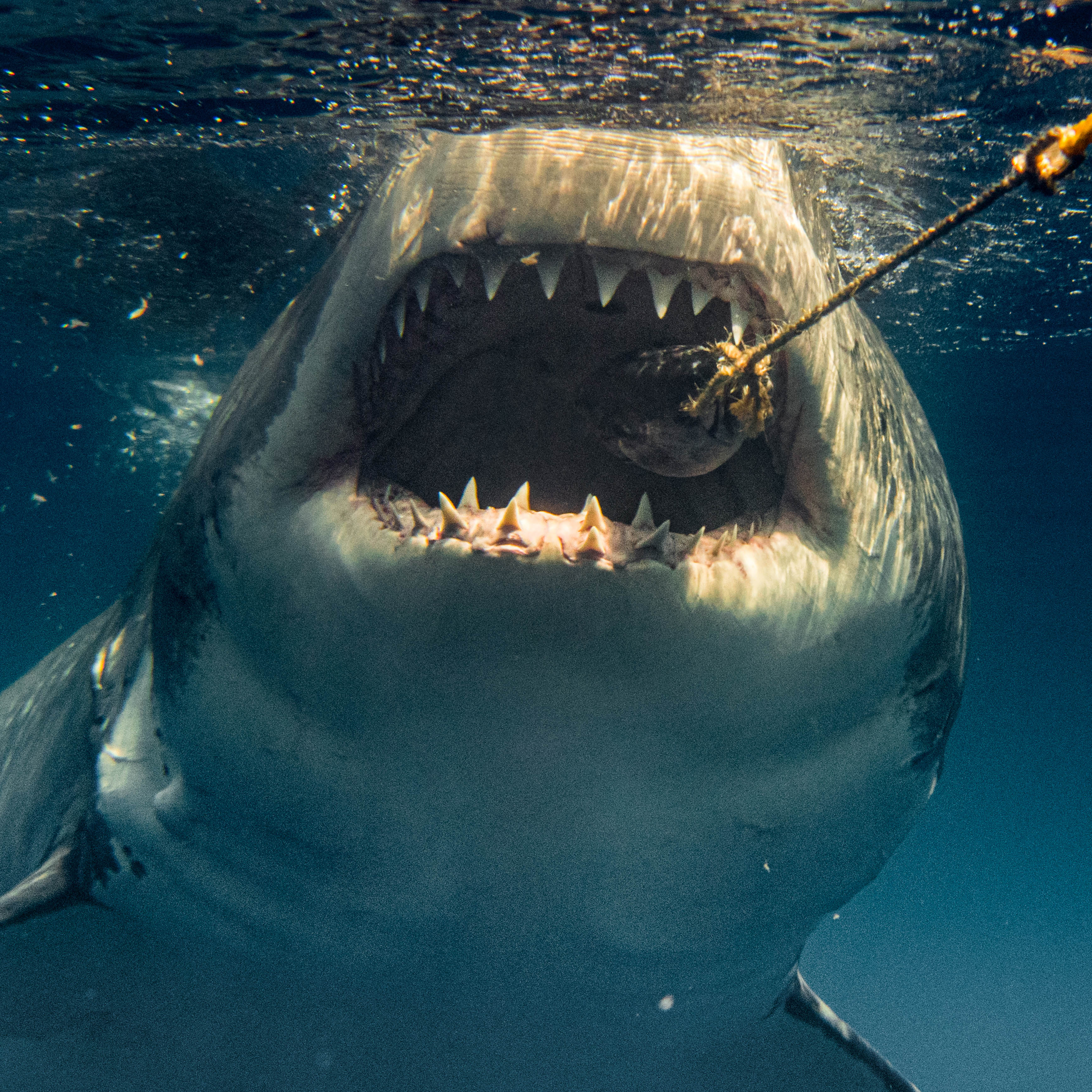 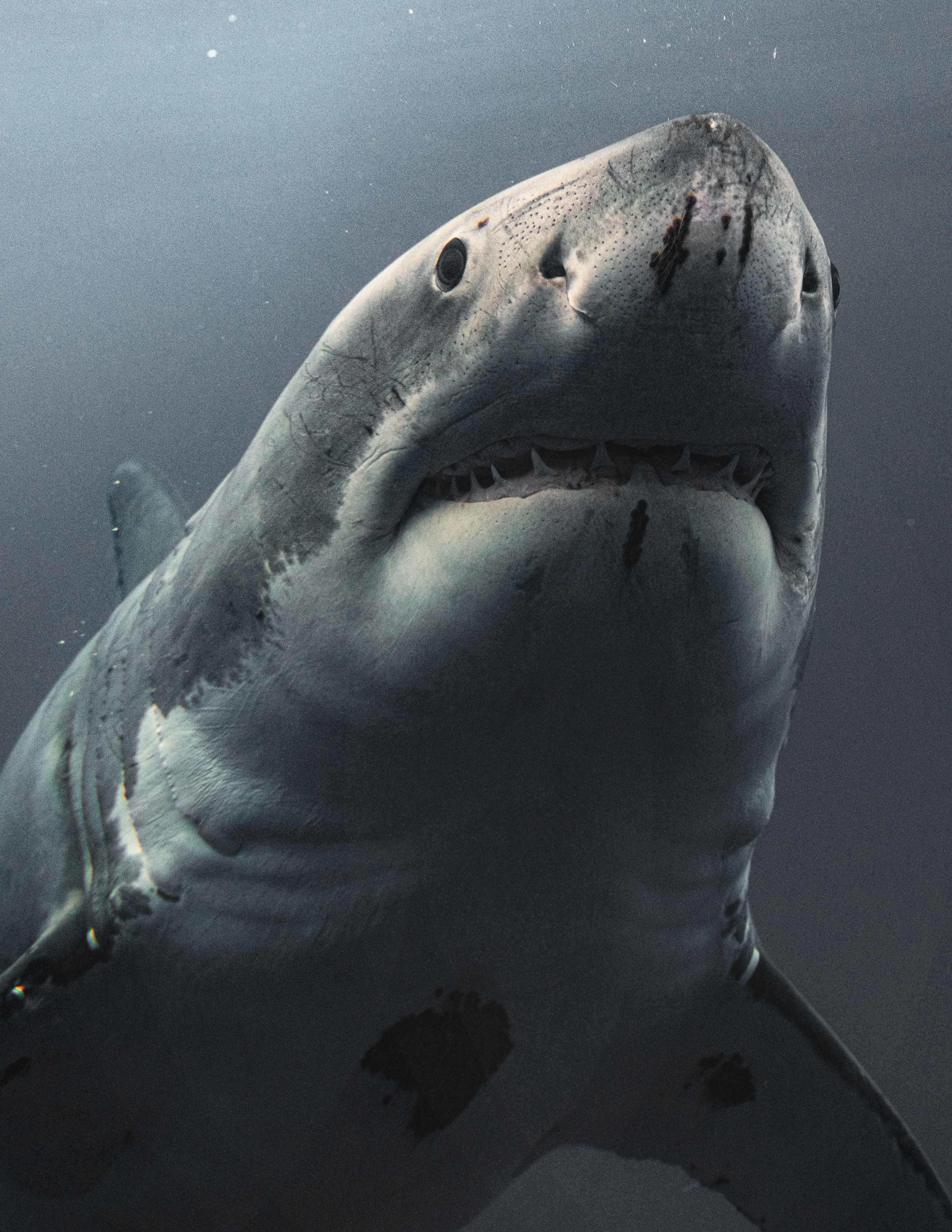