Over the next few weeks and months we can expect to see the minutiae of the parties’ strategies and the performance of the leaders among the focal points of the post-mortem accounts of the 2022 federal election campaign.

Already, however, material has surfaced that gives pause for reflection. Perhaps the most eyebrow-raising revelations to date concerns what was going on inside prime minister Scott Morrison’s bunker. 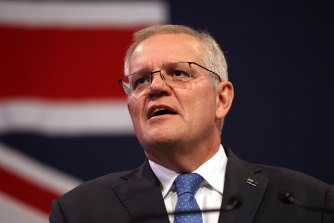 In particular, the hateful and fantastical strategy to target transgender athletes in a perverse (and failed) attempt to win votes in the regions and the outer suburbs affords a disturbing insight into national leadership gone rogue.

As Niki Savva first described in a column published by The Sydney Morning Herald and The Age, this was allegedly a strategy owned by Morrison and directed from inside his Prime Minister’s Office (PMO). Katherine Deves, the mouthpiece for the attack on the transgender community, was Morrison’s handpicked candidate in the electorate of Warringah.

Morrison slyly obfuscated when asked to condemn her offensive remarks – instead giving them succour by praising her for sticking by her views and intimating that she was speaking for the so-called “quiet Australians”. 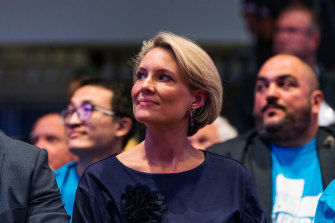 It was also reported that Morrison’s PMO orchestrated an inflaming of the controversy when it was in danger of dying down. Liberal insiders have acknowledged that the whole tawdry affair was masterminded by the prime minister, one saying “his fingerprints” were “everywhere on that”.

This picture is alarming on at least two levels. Most obvious is the calculated dereliction of leadership morality – of a cold-hearted willingness to demonise a vulnerable community for rank political advantage (or the deluded anticipation of such an advantage).

Almost as concerning, however, is the spectre of a leader seemingly untrammelled. Morrison was able to embark on such a morally reckless and politically foolhardy strategy without apparent constraint from government colleagues or others around him.

By his last days in office, Morrison had fallen victim to what is an ever present danger for leaders: a conviction in his own infallibility. A self-belief fuelled by his 2019 “miracle” election victory, he had come to think of himself as a campaign virtuoso, blessed with an uncanny instinct to divine the minds of the Australian people.

Where, however, were his colleagues and other sources of counsel that could have acted as a brake on his leadership excess? Under the Westminster model, government is meant to be a collegial enterprise: alternative viewpoints compete to guard against blinkered and flawed thinking, to facilitate better decision-making.

It would appear that Morrison became so omnipotent in his government to grow beyond reality checks.

The role of the PMO in this scenario is equally troubling. An effective private office should be a site of creative tension between policy and political advice, it should be a clearing house for ideas, a forum for contested opinions. It should be more than a handmaiden of the prime minister, rather it should offer frank advice to the leader. The picture of Morrison’s PMO doing his bidding unquestioning on the transphobia strategy suggests the opposite: that it had surrendered to group think.

It might be possible to dismiss these patterns of dysfunction as a regrettable aberration if we had not been there before in recent decades. The sad thing is we have witnessed the scenario of domineering, idiosyncratic leadership abetted by an overbearing PMO during the prime ministerships of Kevin Rudd and Tony Abbott.

Both of these prime ministers retreated to ruling within small circles. They also had PMOs that became an instrument of their excess running roughshod over members of their own government (and the public service) bullying them to toe the line.

Indeed, perhaps what is most disconcerting about the trends of prime-ministerial leadership over the past decade and a half is the abject lack of learning from predecessor’s mistakes. Successive office holders – with the honourable exception of Julia Gillard – have succumbed to strikingly similar pathologies.

Thankfully, the early evidence is that Australia’s new prime minister, Anthony Albanese, is cut from a different cloth.

Arriving late at the view of himself as a leader, he seems mercifully free of a sense of entitlement to office. Modest of style, he appears unlikely to fall prey to leadership hubris. He has gone out of his way to say he believes in collegial government, that he will rely on the counsel and initiative of his colleagues, that he is not the repository of all wisdom.

A witness to the dysfunction of the Rudd era, he has committed to proper cabinet processes, encouraging a robust exchange of ideas. Another test will be constructing a PMO composed of experienced and clear-eyed advisers to ensure that it contributes to, rather than undermines, good governance.

Meanwhile, we have the solace that the electorate provided the ultimate check on Morrison’s leadership intemperance.