Dnipro, Ukraine — Hundreds of Ukrainian civilians and soldiers who've been trapped for weeks in tunnels under a sprawling, heavily bombarded steelworks in southern Ukraine's port city of Mariupol may be facing their last stand. The Ukrainian troops holed-up at the plant are the last holdouts in a city Russia now controls.

A senior Red Cross official confirmed to CBS News senior foreign correspondent Charlie D'Agata that another rescue operation was underway Friday. Between the relentless bombing raids on the besieged steelworks, rescue teams have somehow managed to evacuate almost 500 civilians over the last week or so in what the Red Cross official called a "very difficult and dangerous operation." 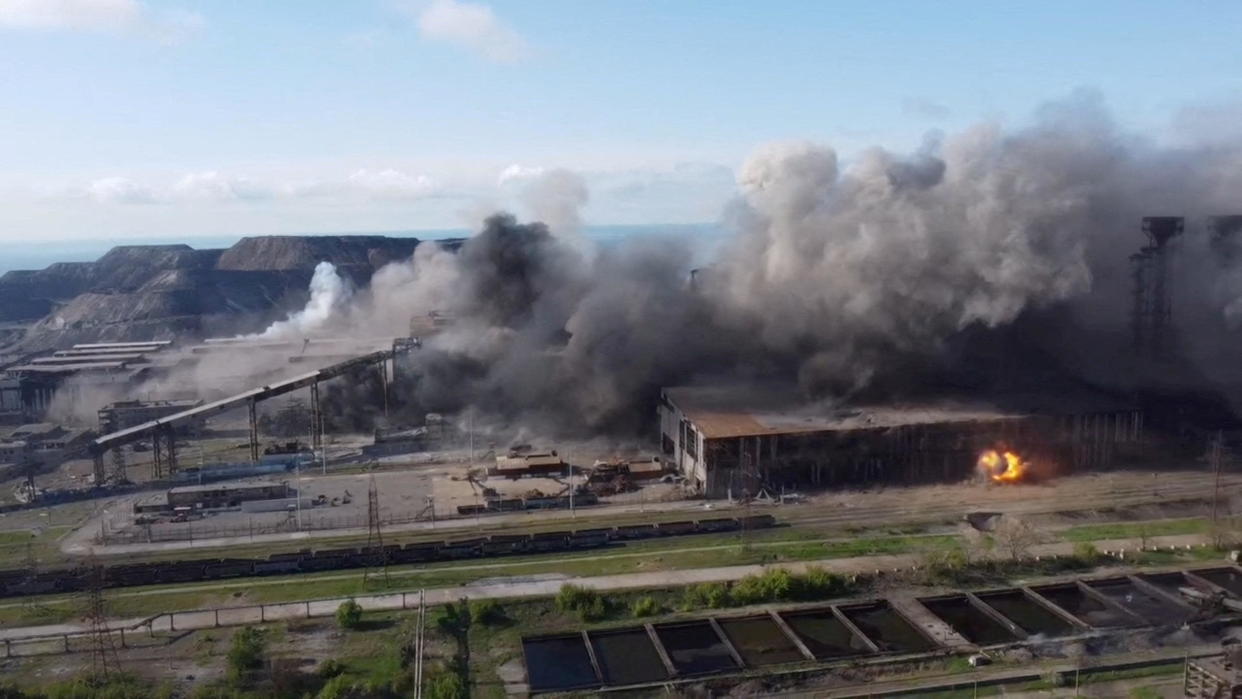 The gun battles have continued, and a commander of the Russian-backed separatist forces in the region claimed the Ukrainian troops in the plant had run out of ammunition.

He said his fighters would "try to take it all" by May 9. That's "Victory Day," when Russia celebrates the defeat of Nazi Germany. Definitively conquering Mariupol ahead of that date would hand President Putin a badly needed war trophy.

But as D'Agata reports, it would come at a horrific human cost.

Survivors have described escaping from "a living hell" under the steelworks, and many carry deep psychological scars from the ordeal, International Committee of the Red Cross spokesman Chris Hanger told CBS News.

Tetyana Trotsak, 25, cuddled her dog Daisy and marveled at "the blue sky and the bright sun" when she emerged.

"I hope there will never be any kind of booms here," she said, "just fireworks and thunder."

Having survived the Russian onslaught in Bucha, Yana Melnychenko drove down to the southern city of Zaporizhzhia to meet her brother and mother, who fled from Azov, just north of Mariupol.

D'Agata asked her brother Oleksiy about the conditions in the town.

"It was hard," he said. "We didn't have water. No internet connection. We were hiding in the basement, and the Russians looted the supermarkets."

With the whole family back together and exchanging hugs, they said it was "the best day."

But the whole region — a vast swathe of eastern Ukraine stretching from north to south — is bracing for much darker days to come.

Ukrainian intelligence officials say Russia's occupying forces in Mariupol are busy clearing the city's central streets of rubble, the bodies of slain residents and unexploded munitions, with plans to hold their own Victory Day parade there.

States with legal abortion prepare for influx of patients