More than half of Beirut’s healthcare facilities are ‘non-functional’ after blast that killed 171, WHO reveals as CCTV shows the moment the explosion destroyed a city hospital

More than half of Beirut’s healthcare facilities have been left ‘non-functional’ after last week’s explosion devastated the Lebanese capital.

The blast at a warehouse storing thousands of tons of ammonium nitrate killed at least 171 people, injured 6,000 and damaged swathes of the Mediterranean city.

The number of beds being used is particularly problematic while the country continues to react to the coronavirus crisis, having recorded 7,121 cases including 87 deaths, out of a population of six million.

It comes as shocking new footage has emerged of the moment the warehouse explosion hit a hospital in the city. 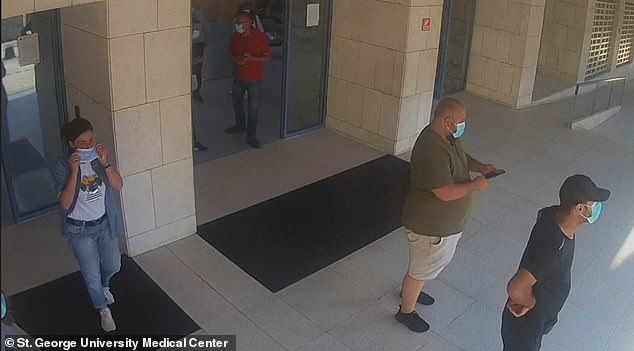 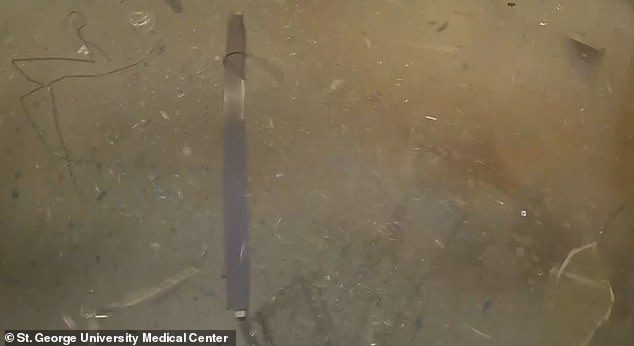 In the video, people wearing coronavirus face masks try to run away before the blast demolish’s the hospital’s lobby.

The CCTV footage cuts to a scene outside of the St George University Medical Center seconds before people are caught up in the explosion.

A woman inside an office in the hospital talks on the phone before the whole room is torn down by the blast.

Finally two nurses are seen in an empty maternity ward before the explosion smashes a wall down covering the floor with broken glass. 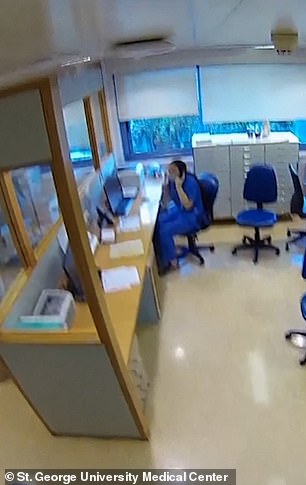 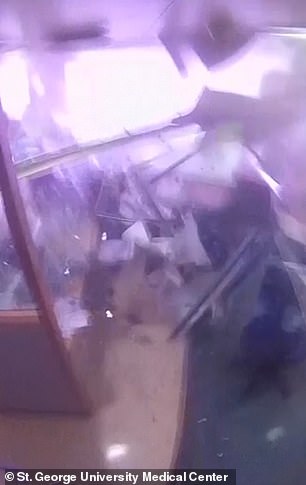 Following an assessment of 55 clinics and health centres in the Lebanese capital, ‘we know now that just over 50 percent are non-functional,’ said WHO’s regional emergency director Richard Brennan at a virtual press conference in Cairo.

Three major hospitals were non-functional and another three operating at well below normal capacity, he said.

He urged Lebanese authorities and their partners to ‘restore functionality of many of those health facilities as quickly as possible’ to help the country deal with both casualties of the blast and a spike in novel coronavirus cases. 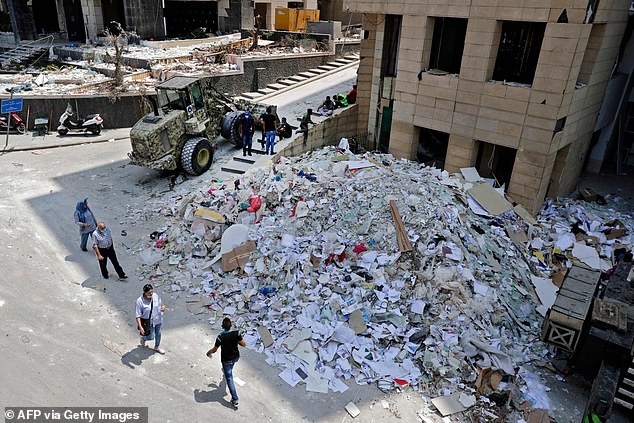 It comes as Germany’s foreign minister said that Lebanon needed a government that can fight corruption and enact reforms as he toured Beirut port today.

Foreign Minister Heiko Maas went round scene of the devastating explosion that has triggered protests and led the government to resign.

The blast at a warehouse storing highly explosive material compounded a deep economic and financial crisis in the country.

‘It is impossible that things go on as before,’ Mr Maas said.

‘The international community is ready to invest but needs securities for these investments. It is important to have a government that fights the corruption. 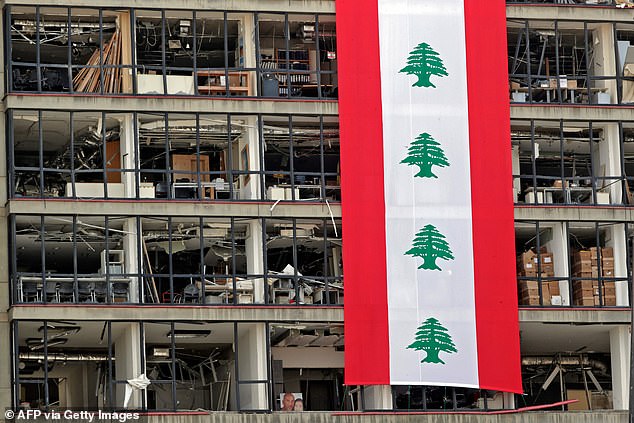 ‘Many in Europe have a lot of interest for this country. They want to know that there are economic reforms and good governance.’

President Michel Aoun has promised a swift and transparent investigation into the blast at a warehouse where authorities say more than 2,000 tonnes of ammonium nitrate was stored for years without safety measures.

He has said the probe would look into whether it was negligence, an accident or external factors. 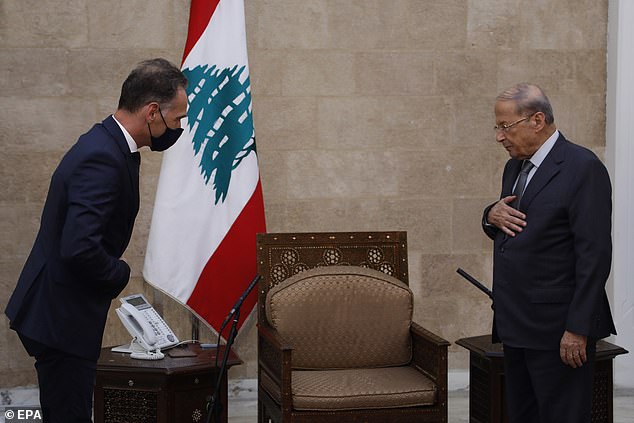 Aoun and Diab were warned in July about the warehoused ammonium nitrate, according to documents and senior security sources.

The presidency said in a statement on Wednesday that as soon as Aoun received the state security report on the ammonium nitrate on July 20, the president’s military consultant instructed the secretary general of the Supreme Defence Council to ‘do the necessary’.

Protests have erupted, with Lebanese calling for the wholesale removal of a ruling class they brand as responsible for the country’s woes.

The financial crisis has ravaged the currency, paralysed banks and sent prices soaring.