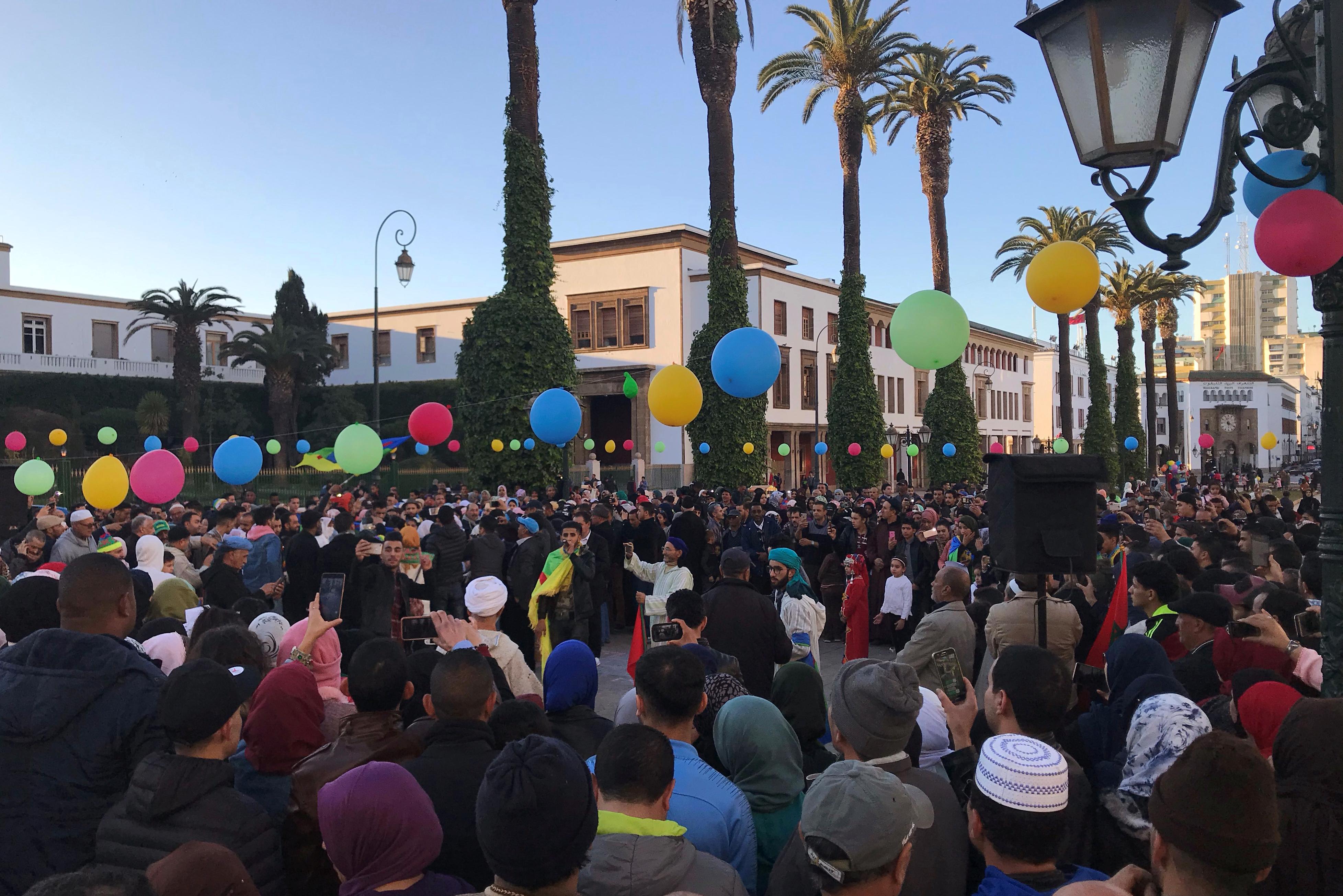 RABAT (Reuters) – Hundreds of people gathered in Morocco’s capital Rabat late on Saturday to mark the start of the Amazigh new year with a sit-in calling on the state to make the celebration a national holiday.

Home to North Africa’s biggest Amazigh, or Berber, population, Morocco long marginalised its language and culture in favour of Arabic and French, giving rise to an Amazigh identity movement which has steadily gained influence.

Demands of the Amazigh movement featured prominently in 2011 protests which led to Morocco adopting a constitution and the Moroccan monarch to devolve some of his power to an elected government.

“This day is an occasion to highlight our strong attachment to the land and pay tribute to those who defended our freedom,” Adil Adasko, an Amazigh civil society leader, told the rally.

The first day of the year in the Amazigh calendar, rooted in seasons and agriculture, marks the anniversary of the ascent of Libyan King Sheshong to the throne of Egypt, according to historians. The new year which begins on Sunday is year 2969.

Morocco recognised Amazigh as an official language only with the new constitution in 2011. Eight years on, parliament has yet to enact the legislation required to establish its use in education and public life, and activists accuse the government of dragging its feet.

Last week, 143 out of a total of 395 members of parliament submitted a motion to Prime Minister Saad Eddine El Othmani asking for the Amazigh new year to be recognised as a national day, a step already taken by neighbouring Algeria.

The Amazigh movement has also played a role in protests in some of Morocco’s marginalised areas, including demonstrations over economic and social grievances in the Rif region in 2016 and last year in the Souss region.