Moment mother-of-six, 32, lies to police officers about the whereabouts of her fugitive boyfriend who killed 10-year-old girl in hit-and-run crash while ‘off his face’

A lying mother has escaped jail after being caught on camera deceiving police investigating the hit-and-run death of a 10-year-old girl which her killer boyfriend was responsible for.

Bodycam footage shows the tragic moment Amanda Teulon chose to lie for Connor Marsden who had just knocked down schoolgirl Melissa Tate with his van before fleeing the scene.

Police officers were desperately trying to track down the suspect who had run from the fatal accident in Kenton, Newcastle.

CCTV from a neighbour’s home showed Teulon, Marsden and his sister, Stephanie McGlen, all outside her house shortly after the collision.

But body worn footage from an investigating officer later shows Teulon refusing to cooperate and claiming that Marsden had not been to the house that day. 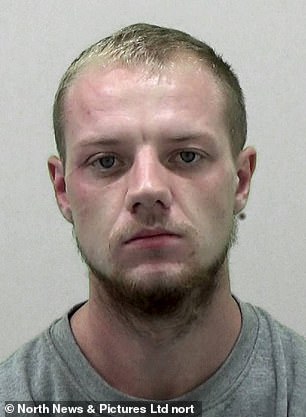 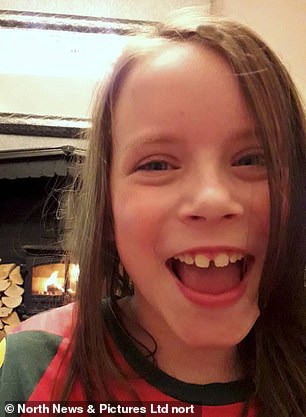 Amanda Teulon lied about her boyfriend Connor Marsden’s whereabouts after he (left) fatally injured Melissa Tate (right), 10, in a hit-and-run crash while ‘off his face’ on alcohol

McGlen also told police lies and both women persisted with their lack of cooperation even after being told Melissa had died.

The footage was released by police after Teulon and McGlen were given suspended prison sentences for attempting to pervert the course of justice.

Prosecutor Graham O’Sullivan told Newcastle Crown Court: ‘Both defendants deliberately lied to the police to protect the person they knew had been driving the car that day, which impacted the investigation at a crucial stage.

‘Even when they had the opportunity after being told of Melissa Tate’s death, they chose to persist in their attempts to mislead and obstruct the investigation.’

Teulon, 32, of Park View, Walker, Newcastle, and McGlen, 29, of St Oswald Avenue, Walker, both admitted attempting to pervert the course of justice and were both sentenced to 12 months suspended for two years with two-month curfews. 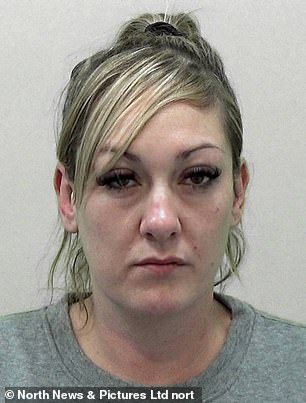 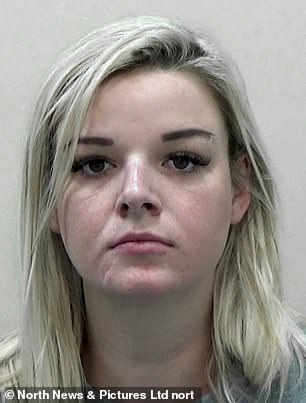 Teulon (left), 32, of Park View, Walker, Newcastle, and McGlen (right), 29, of St Oswald Avenue, Walker, both admitted attempting to pervert the course of justice and were both sentenced to 12 months suspended for two years with two-month curfews

Melissa was crossing the road near her home in September 2019 when Marsden came speeding along in his van at 47mph in the 20mph residential street.

Melissa’s mum, Kim Wilson, came to the scene of the crash to find her daughter lying unconscious in the street and made attempts to revive her.

The next day, her little sister spent her sixth birthday at Melissa’s bedside as she died from her injuries.

Marsden, who had no licence or insurance and had drunk two pints of snakebite that evening, with one witness describing his as ‘off his face’ and ‘incoherent’ following the crash.

He did not stop at the scene, abandoning the van he was driving and fleeing Newcastle in an ‘appalling act of cowardice’.

He was jailed for seven years and four months for causing death by dangerous driving.

Brian Hegarty, defending for mother-of-six Teulon, said she expressed remorse for the family of Melissa. 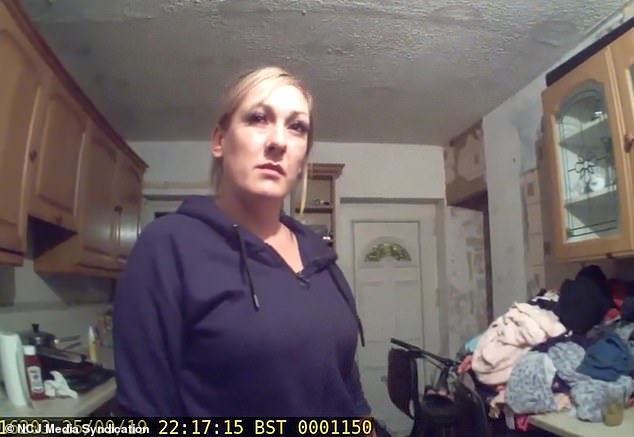 Brian Hegarty, defending for mother-of-six Teulon in court, said she expressed remorse for the family of Melissa, and that ‘her instinct was to lie’ to avoid becoming involved as a witness

He said she ‘didn’t send the police chasing down an avenue that was wrong’ and that ‘her instinct was to lie because she didn’t want to become involved as a witness in the proceedings’.

Mr Hegarty said: ‘Rather than a wish to assist Marsden, it was more out of fear of becoming involved that she lied to the police in the way she did, which she very much regrets.’

He added that she and McGlen had to move out of the Kenton area and take their children out of the school they were in due to the reaction of the local community.

Fiona Lamb, for McGlen, said she was ‘genuinely remorseful’, accepts full responsibility for her actions and has said ‘it’s a total nightmare that Melissa’s family will never be able to free themselves of’ and is ‘very much sorry for their loss’.

Miss Lamb added that she has three children, including a baby and a child who has serious health issues.

She said that having moved, there was a fire at her new home so she had to move again.