‘Snapchat saved my life’: Mother-of-two, 32, reveals her friend rescued her from suicide bid at top of bridge after spotting her location on app

A mother of two claims Snapchat saved her life after her friend rescued her from a suicide bid by spotting her at the top of a bridge by using the app to pinpoint her location.

Rehanne Burton, 32, of Chaddesden, Derbyshire, was saved by her friend Sammie Jo, 28, four months ago thanks to the ‘Snap Maps’ function on her phone.

She then called the emergency services who tracked down the bouncer to the A52 Wynsene Bridge in Derby and convinced her to come down.

The app tracks users’ locations and shows them on a map, using characters created by account holders – unless the user disables the function through ‘ghost mode’. 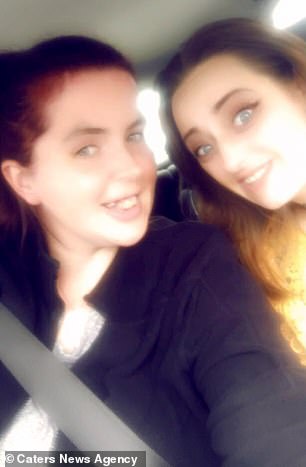 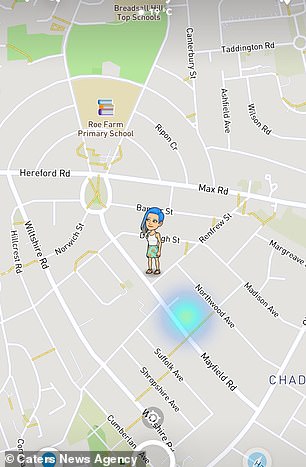 Rehanne Burton, left, 32, says Snapchat saved her life after friend Sammie Jo, right, tracked her location via the app, right, and stopped her jumping from a bridge

Ms Burton said she had climbed onto the bridge after suffering from post-natal depression and an abusive relationship that caused her to self-harm.

She said said: ‘You could say Snapchat saved my life. The map meant Sammie was able to recognise that I was stood on a bridge and she immediately called emergency services.

‘I had hit an emotional wall – I’d fallen into the habit of self-harm and had been rushed to A&E to meet the crisis team just hours before I climbed the bridge.

‘I was there for four hours and was given anti-anxiety medication but I felt emotionless. 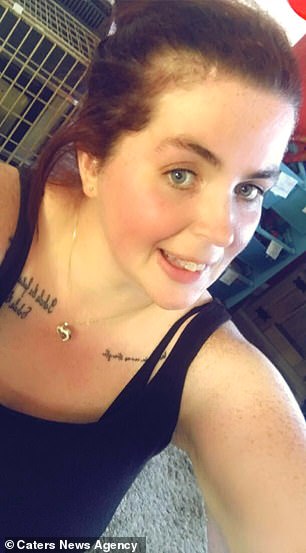 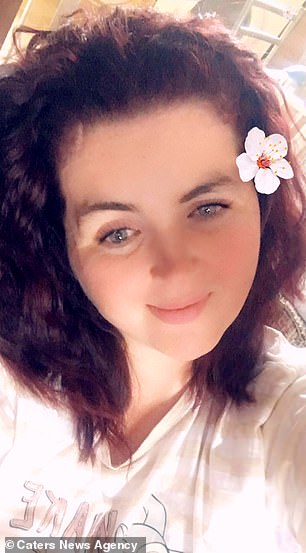 Mother of two Ms Burton, left and right, had been struggling with post natal depression and an abusive relationship and wanted to kill herself, but was talked down when Ms Jo alerted emergency services to her location in Derby

‘I felt like I’d been dismissed and I was shocked when I was allowed home on my own.

‘I put on my coat and trainers, left the house and walked to the A52 bridge.

‘I was ready to give up and I had no idea my location was visible on Snap Maps.’

Ms Burton added: ‘Sammie knew I hadn’t been coping well lately with my depression as I’d spoken to her earlier that day.

‘So when I showed up on the map near Wynsene Bridge, she knew.

‘I didn’t know that my location was active but as Sammie reminded me, it’s something I always use with my two kids who are four and eight-years-old so it was always been used.’

Ms Burton, pictured, said her mental health has improved after having counselling and going to the gym

Ms Burton was talked down from the bridge by a police officer who attended the scene, and said the support offered to her since the incident has been ‘immense.’

She added: ‘I can’t praise the police officer enough. He told me he had been in the same situation before and that it does get better.

‘Before the lead up to my attempted suicide I had felt as though I was always being judged by others around me.

‘People can be judgemental, but you cannot judge someone until you know them.

‘Now, I just want to get the message out there and, now I am, it feels like ripping off a band-aid from your arm.

‘People need to listen and the stigma needs to be reduced.

‘Now I’m being helped by charities like MIND, who I’ve since raised money for.

‘I did not know about counselling organisations such as Talking Mental Health Derbyshire or Life Links before.

‘I now also go to the gym, which has been amazing.’

Ms Jo, a full time mother, added: ‘We are all so thankful that Rehanne uses Snapchat as we were able to track her exact location.

‘I was then able to call the police and make sure they rushed to the scene.

‘Rehanne was thankfully talked down from the bridge and has been given lots of support since.’