The mother of a two-year-old girl born with half an arm was told to ‘cover it up because it was scaring other children’ by a parent at a soft play centre.

Gracie Morgan was playing in the centre in Llanelli, west Wales, when a little boy said he was scared of her small left arm, so she was moved to a different area by her mother Sarah.

But the boy’s mother came over and told her Gracie’s arm shouldn’t be ‘so obvious because it was scaring other children’. 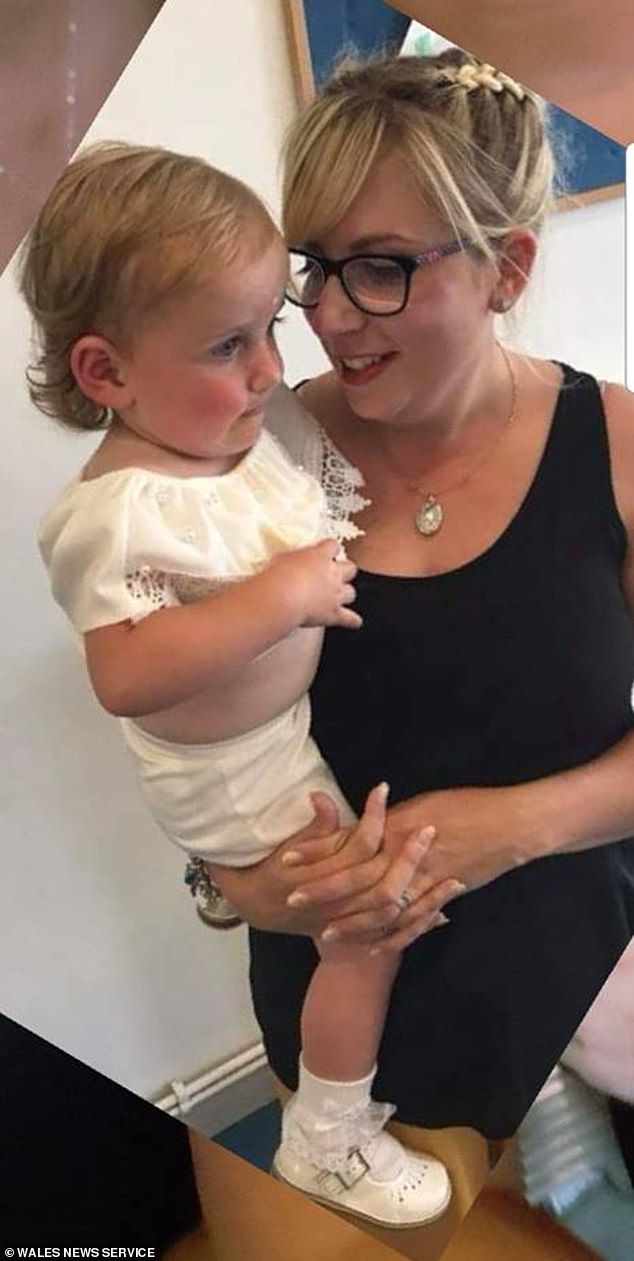 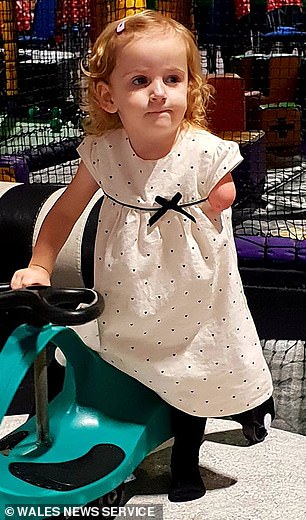 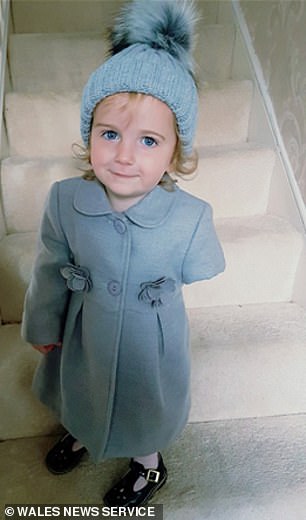 Gracie had been wearing a short sleeved dress at the soft play centre.

Mother-of-four Sarah, 32, said: ‘Gracie was happily playing when a little boy started to take an interest in her small arm.

‘This happens a lot and I’m not very comfortable with people staring but children are curious and that’s okay.

‘But then the little boy started to say he was scared so I took Gracie and moved her to play with her brothers in a different part of the playground. 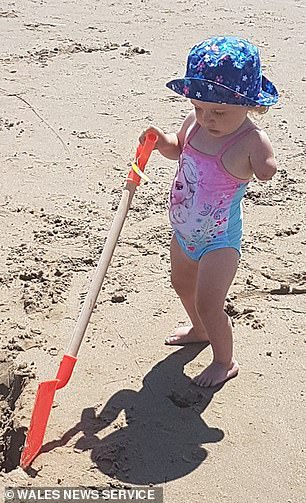 ‘That’s when the boy’s mother came over. She said I shouldn’t make Gracie’s arm so obvious because it was scaring the children.

‘I was so angry I just gathered up the kids and left. I didn’t trust myself to respond.’

Mrs Morgan said it was not the first time she has had cruel comments made about Gracie in public.

She added: ‘I’ve started to dread going to play groups and soft play because of the negative attention.

‘One time an older boy was circling Gracie and pointing and laughing while his parents just looked on.

‘People don’t know what to say. I don’t know if they feel awkward but it’s cruel to allow that bullying and it’s the parents I blame not the kids.’

Gracie, from Llwynhendy, near Llanelli, lives with her mother Sarah, father Gareth Morgan, 37 and her brothers Cai, nine, Codi, five, and Alfie, three.

She was diagnosed with having a limb difference during the 20 week anomaly scan in October 2016. 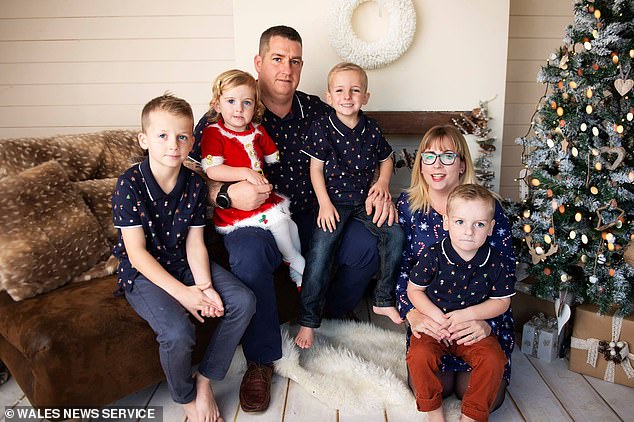 Mrs Morgan is now calling for people to think about Gracie’s feelings before making mean comments.

She said: ‘At the moment Grace is young and doesn’t understand. Nothing stops her and I want her to always be that way.

‘She’ll hold a crisp packet between her feet and use her right hand to eat. Or she puts a yoghurt under her little stump and has the spoon in her right hand.

‘She overcomes everything that I might have considered a challenge before.

‘To us she is absolutely perfect in every way.’

Gracie’s family are fundraising to have a bionic prosthetic arm made so she can continue to live as independently as possible as she gets older.