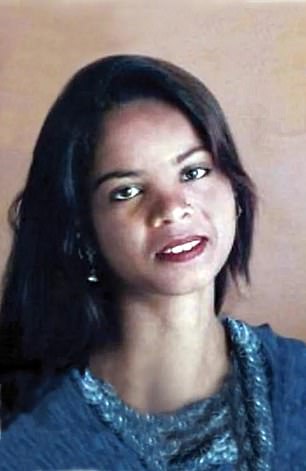 Asia Bibi, the devout Christian freed from a blasphemy death sentence in Pakistan, will not be reunited with her family for Christmas.

Instead of being with her husband and children, Mrs Bibi will remain alone under armed protection in a Pakistan military safe house where she is sheltering from a lynch mob demanding her murder.

She was released after eight years on death row for allegedly insulting Islam, following a trivial argument with Muslim farm colleagues over a cup of water.

Yet despite winning her appeal in October, she is on a hit list for Islamic extremists and will not be safe until she finds another country to live in.

Britain has been accused of ‘pulling up the drawbridge’ for failing to offer her sanctuary.

It is still not confirmed where in the world she will end up. Pakistan’s government, led by former cricketer Imran Khan, says she will not be allowed to leave until a ‘review’ of her appeal is completed in the new year.

Mrs Bibi’s husband Ashiq Masih and two daughters are being kept safe, but are not with her.

A family source said: ‘They will not be reunited for Christmas, which is a huge disappointment for them all. They are a very pious family and to be together again on Christmas Day would have meant so much.

‘Throughout this ordeal, they could have pretended to abandon their Christianity and be absolved, but they have always firmly stuck to their faith.

‘So not being together at Christmas is a significant blow, especially after having so much hope when she was released. They are praying to be reunited soon.’ 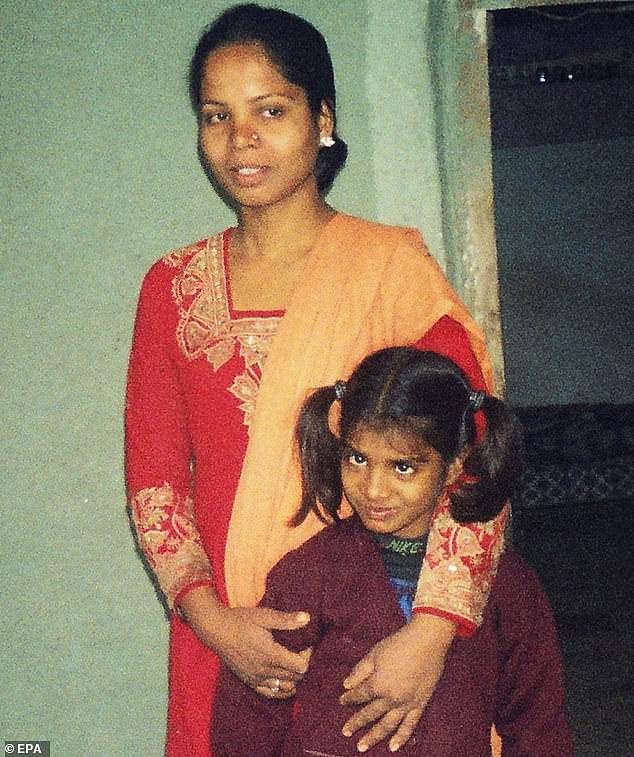 Mrs Bibi was released after eight years on death row for allegedly insulting Islam, following a trivial argument with Muslim farm colleagues over a cup of water

Theresa May allegedly blocked a proposal to offer Mrs Bibi and her family sanctuary in Britain.

Despite publicly pledging to protect her, Mrs May has not allowed any offer of asylum and ministers have been accused of shutting down debate in Parliament about Mrs Bibi’s case.

The source said: ‘A number of governments have been working on the case, but the UK has not been among those offering asylum.’

Earlier this week, two Christian brothers, Qaiser and Amoon Ayub, from Lahore, were sentenced to hang by a district judge after being convicted of insulting the Prophet Mohammed in articles and portraits posted on their website.

The pair left the country after being first accused in 2011 but returned voluntarily and have been in prison since 2014.

Madison McGaw, Angela Pham, & Joe Schildhorn/BFA.com UPDATE: Miley Cyrus and Liam Hemsworth‘s marriage is officially over. A judge signed off on their divorce finalization on Tuesday,…

HuffPost may receive a share from purchases made via links on this page. Prices and availability subject to change. They’re the loaf of your life,…

There’s nothing quite like the feeling of being cheated on, then pressured into cordially communicating with your now ex. It’s true folks, some human behavior…