‘We are burning, we are dying’: Mother tweeted for help as fire ravaged Russian tower block, killing her and her daughter, seven, before firefighters could save them

A mother tweeted a desperate cry for help while trapped in a burning Russian apartment – before being found dead alongside her seven-year-old daughter.

Natalya Belova, 38, sent out messages saying ‘we are burning, we are dying’ after her nine-storey apartment building in Yekaterinburg, near Russia’s border with Kazakhstan, caught fire in the early hours of Tuesday morning.

Natalya, who was trapped on the top floor, also managed to send out a photo of her soot-smeared face as flames and smoke billowed through the building’s staircase.

But her cry for help was in vain as firefighters were unable to reach her apartment for another 49 minutes, when she was found dead. 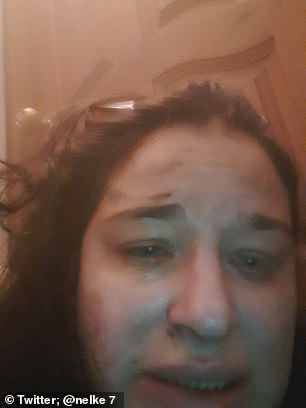 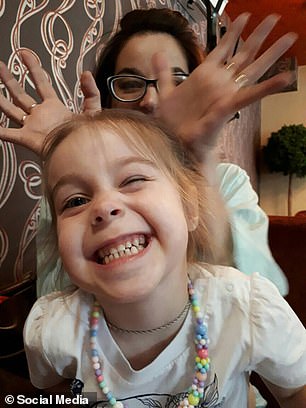 38-year-old mother Natalya Belova, who was on the top floor of the building, tweeted for help as the fire made its way through the building 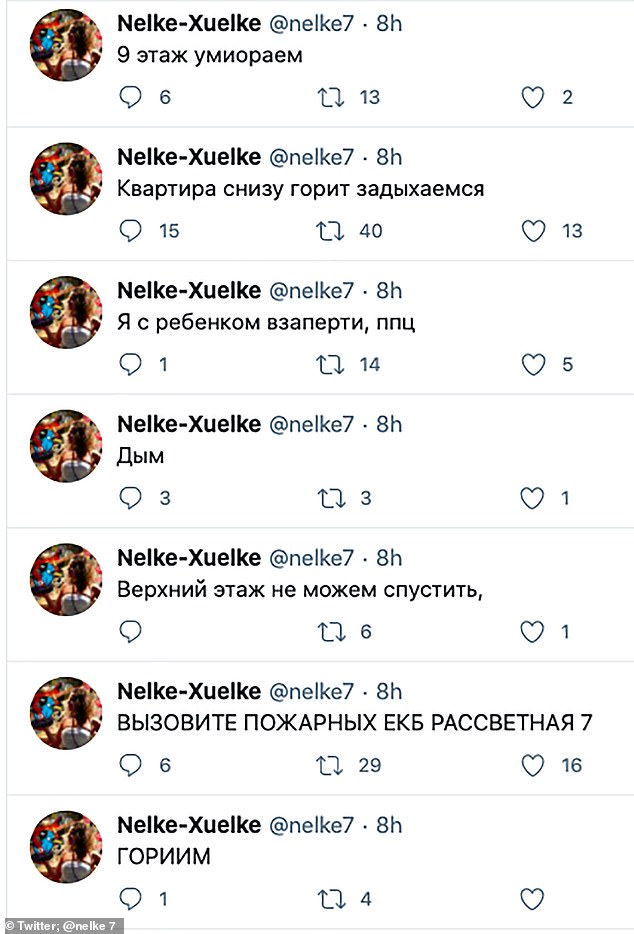 For a 12-minute period this morning, Natalya tweeted for help because she and her seven-year-old daughter were trapped in their apartment block with a fire slowly rising

The tragedy began around 3am Tuesday when an apartment on the second storey of the building caught light, prompting residents to try and evacuate.

Smoke quickly made its way through the building via the windows and ventilation system, before flames blocked the main staircase – trapping many inside.

Natalya began tweeting shortly after 3am, sending out a series of desperate messages before falling silent 12 minutes later as the building was consumed by fire.

‘Heeeelp,’ she tweeted. ‘We are burning… we are dying.’

She added: ‘A flat downstairs is burning, we are suffocating. 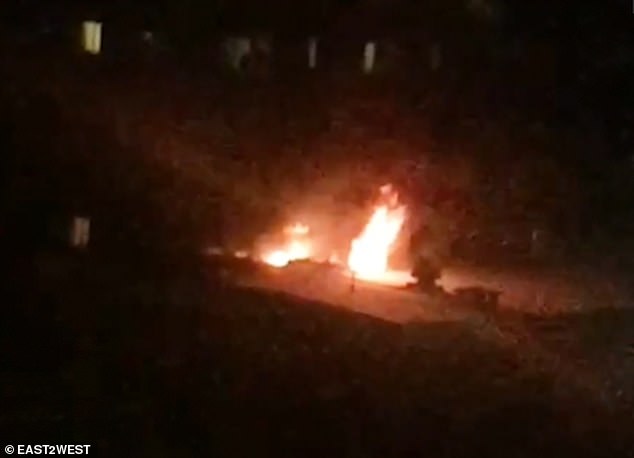 A mother tweeted a series of harrowing messages in a last ditch cry for help before a fire (pictured) in her apartment block in Yekaterinburg, Russia, killed her and her daughter 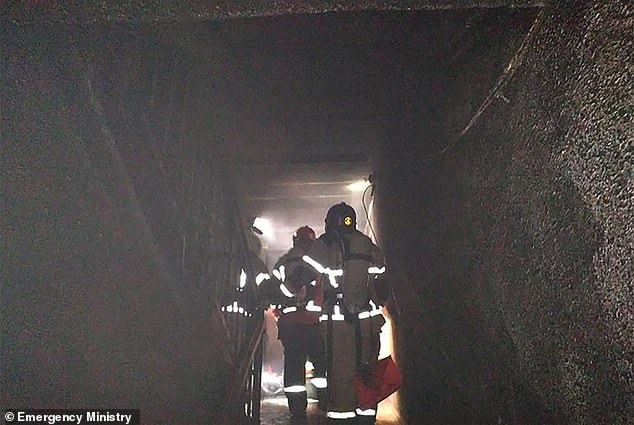 Fire services were unable to reach the mother and daughter before they died. The blaze was only under control 49 minutes after Natalya’s final tweet

Locals called the fire service who appeared on the scene a short time later, but were unable to reach the top floor for another 49 minutes.

Natalya and Vera were eventually pronounced dead at 5.05am, two of the eight people killed in the blaze.

It is unclear how long after she finished tweeting that Natalya died. Her exact cause of death has also not been revealed.

Natalya’s husband Maxim said: ‘There was absolutely no way to save them.’