Pregnant mother, 32, jailed for leaving cyclist with a fractured skull after mowing him down having taken cocaine is arrested again for defying road ban on the school run 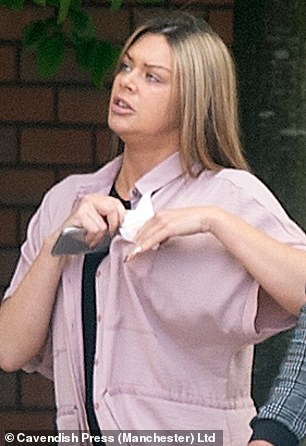 Emily Brown (outside court today), 32, was jailed and banned from driving for four-and-a-half years last June for hospitalising a cyclist while high on cocaine

A mother-of-two who was banned from driving for mowing down a cyclist with cocaine in her system has been arrested again after being caught behind the wheel.

Emily Brown, 32, was jailed last June for hospitalising Stuart Crowther while driving with her two daughters in the car and four-times over the drug-drive limit.

The lettings agency worker left Mr Crowther, 58, with a fractured skull after he was catapulted over the roof of her car.

He suffered bouts of dizziness and concentration problems and was unable to return to work as an HGV driver.

Brown was banned from the roads for four-and-a-half years.

But the mother, who is pregnant with her third child, was spotted by a policeman at the wheel of a VW Polo with her youngest daughter, six, on the school run in OIdham, Greater Manchester, on March 7 this year and spent 28 days behind bars.

At Tameside Magistrates’ Court, Brown wept as she admitted driving whilst disqualified and having no insurance.

She was given 12 weeks jail suspended for a year and was banned from driving for a further 12 months.

Prosecutor Gareth Hughes said: ‘This incident happened at around 10am when a police officer on patrol saw the defendant’s vehicle, recognised her and asked her to stop.

‘He took her details and checked the police computer to find that she was in fact disqualified from driving. She immediately confessed this to the officer. She could not be insured because of the disqualification.’ 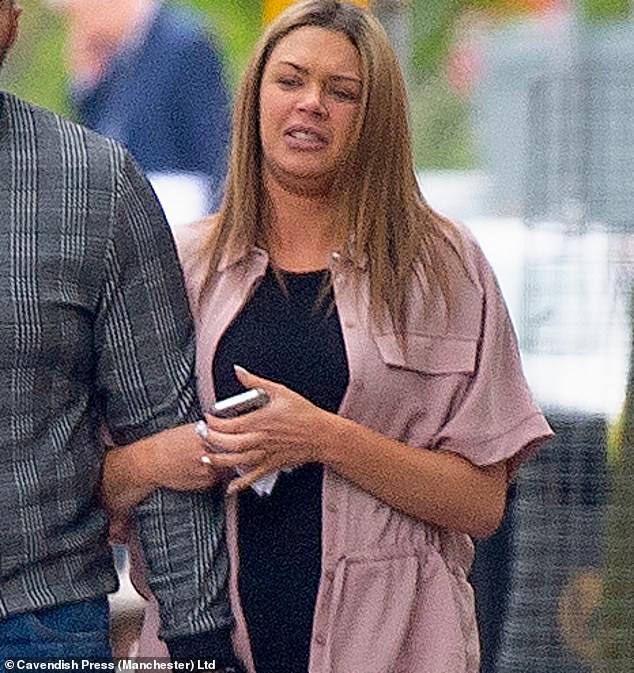 In mitigation defence lawyer Jeremy Spencer said: ‘The defendant has two children from a previous relationship. Both go to different schools. Her older child was sent to school that morning but then came home early. She realised it would be quicker to drive the other to school but the police officer recognised her and pulled her over.

‘Ironically he then took her child to school. The defendant was four and a half months pregnant at the time and spent 28 days in prison recall.’

Brown was also ordered to pay £200 in costs and surcharges. JPs told her: ‘This offence does definitely pass the custody threshold but we are giving you credit for the guilty plea and the fact you have already done 28 days recall. It is important, Ms Brown that you get yourself sorted out.’