We weren’t expecting THAT, Mr Bond! Daniel Craig’s 007 has a five-year-old daughter and is a doting father in new film No Time To Die 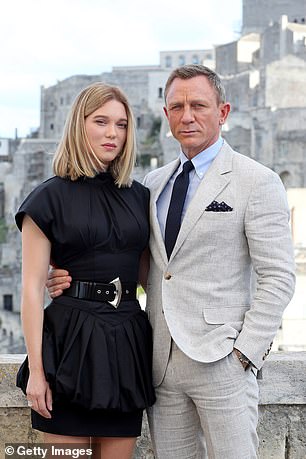 Bimbo Bond girls may have been consigned to history after charges of sexism, but the new 007 blockbuster will feature Bond’s girl.

The Mail on Sunday can confirm rumours that the notorious womaniser spy is father to a five-year-old daughter in the forthcoming film No Time To Die.

The rumours emerged last week when call sheets – the daily schedules that tell actors where they are needed for filming – for the £150 million film, the 25th in the ‘official’ Bond series, went up for sale on online auction site eBay.

The schedule describes a scene shot in southern Italy last September, which featured Dr Swann alongside Lashana Lynch’s Nomi – who this newspaper previously revealed will be the first black female 00 agent – and a child called Mathilde, played by five-year-old Lisa-Dorah Sonne.

‘Scene #235’, as the schedule calls it, details where ‘Nomi pilots Madeleine and Mathilde to safety with the island in the background’.

Paparazzi photographs taken during filming show a young girl wearing blue dungarees with the actors and crew on the set, but it is not known if she is Mathilde. 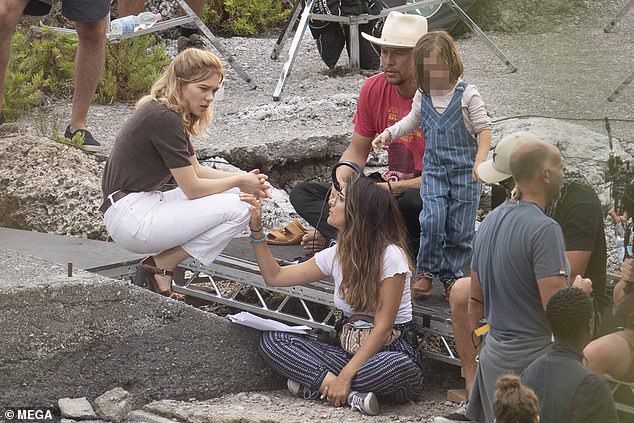 Paparazzi photographs taken during filming show a young girl wearing blue dungarees with Seydour and other actors and crew on the set, but it is not known if she is Mathilde

A film insider last night said: ‘Yes, it’s true. Bond is a dad. Daniel wanted to make this Bond film the most surprising and entertaining yet.

‘Daniel is older and his Bond is maturing and looking at life through the prism of fatherhood. But there’s a lot more to it than that.’

Fleabag creator Phoebe Waller-Bridge was brought in to rewrite the script after original director Danny Boyle was replaced by Cary Joji Fukunaga.

The film is now packed with ‘woke’ references and the insider said making Bond a dad had ‘opened up a whole avenue of powerful moments – and jokes’, adding: ‘It’s the one thing fans would never expect.

‘Bond has always managed to charm his way into the hearts and beds of hundreds of beautiful women, seemingly without any consequences.

‘Making him a father opens up a whole new world in terms of drama and story development.’

In the new film, which was due to open in April but was pushed back to November because of the coronavirus pandemic, Bond is shown enjoying retirement in Jamaica, having hung up his Walther PPK pistol in favour of a quiet life.

No Time To Die is set five years after the last Bond film, Spectre, which saw the secret agent fall in love with Dr Swann, a French psychologist. Spectre ends with Bond driving off with her into the sunset in his old Aston Martin DB5.

The insider said: ‘Without giving too much away, the new film is filled with twists.

‘Bond appears to be happy in his new domestic life but then, of course, he gets dragged back in to save the world.’

No Time To Die opens with new Bond villain, Safin, played by Oscar-winner Rami Malek, chasing a girl across an ice-covered lake in Norway. 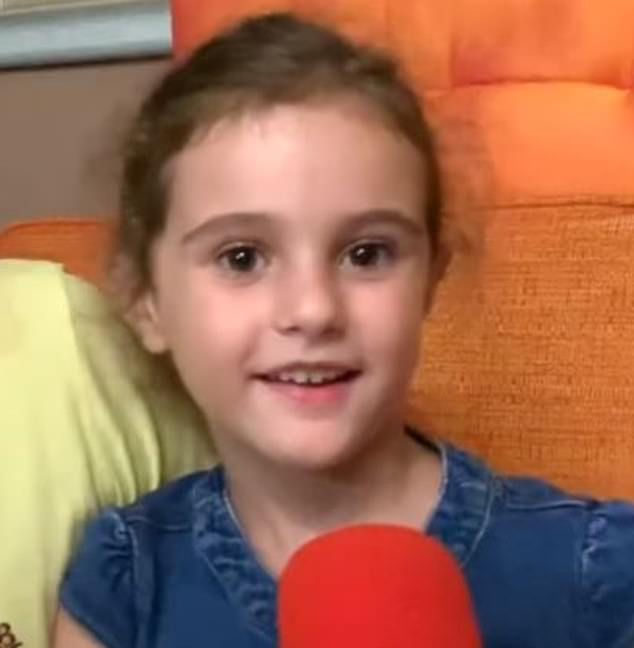 Allegra Shettini, who ‘stood in’ for Lisa-Dorah Sonne during a sequence on the new Bond film

The scene is a ‘flashback’ of a young Madeleine Swann fleeing for her life. ‘Daniel wants to tie up lots of loose ends in his final film.

‘Everything is interwoven,’ the insider said. ‘Bond finding out he is a father is integral to the plot.’

Pictures have emerged of an Italian child, Allegra Shettini, who ‘stood in’ for Lisa-Dorah Sonne during a sequence.

She told a TV interviewer: ‘I just had to sit on a rock and play with a stick.’

The new movie involves Bond saving the world from a biological pandemic. ‘It’s not quite Covid-19, but it’s similar’, said the insider.